The Digital Ad Campaign: A View From the Inside

Running a digital ad campaign is not a matter of guesswork.

The craft has been around for a while. We know it is possible to reach an identified market segment and actually know who clicks on the ad and know what they are buying.  The outcome of a digital campaign is knowable. But how do you build one?

The art, craft and science of building an online ad campaign are elements that have to be juggled, synchronized and managed. There is a core of best practices. All agencies seek the same outcome. How to get there varies from firm to firm.

Focus on the journey or the destination?

Ruckus is a small agency based in New York City that specializes in mid-sized clients. Before undertaking a campaign, the firm maps it out in its entirely, treating it as a funnel, says Ruckus CEO Josh Wood.

Looking at one client — an internet-based service for booking massage therapists on an Uber-like platform — the chain to conversion would start with search; then a digital ad; followed by e-mail; leading the consumer to social media, and perhaps to an event where they could try the service out. “You look at the entire chain. If any part of the chain is broken, your conversion is exponentially less likely to become a sale.” Wood says.

Balancing the many elements of a digital ad campaign sounds daunting, but what makes it work is a consumer-centric approach. “These things work naturally together.” says Parker Noren, senior director for programmatic strategy and optimization at MediaMath.

Starting a campaign requires a sit-down with the client — and access to their sales data . “A lot of data can inform the targeting of the campaign,” Noren says.

The next step is to develop a propensity model — what are the things the customer base has purchased in the past and how likely are they to purchase what you are selling?  The other model is a “lookalike” model — identify  people who share the characteristics of your likely buyer, and seek them out.

“Once you understand what the core objectives are, the next piece is which platform is best suited to that objective.” says Greg Rivera, VP of sales east for Vibrant.  “Make sure the brand is ready to take full advantage of that platform.” In this case, a platform is the target audience and the key performance indicators used to measure the effectiveness of the campaign.

Vibrant focuses on three types of audience data — demographic, behavioral (who visits where), and contextual (targeted consumer content).  Ideally, explains Rivera, they use all three. The challenge is that each audience segment is a layer, adding complexity, and breaking down the audience into smaller chunks. Working with ad tech partners to sift through the data allows the marketer to add layers, but increase the size of the audience — thus avoiding the segmentation trap.

Ads for print and traditional TV rely on approximation — getting the ad to the right magazine or show should get your message across to whichever defined group is consuming that content. Digital is far more exact. You know who clicks on the ad, and you can follow their clicks wherever they go in the Internet.

“Digital channels allow different ways to measure the ad for results and online sales,” says Mark Torrance, CTO of Rocketfuel. Attribution is not just click data. Clicking on a banner ad is probably the easiest example of attribution, but it is vital because you can find out how many sales — or conversions — an ad generated.

Google Doubleclick is the largest player compiling this click data; Facebook Atlas is another. “Google cookie ID knows if a user saw the ad, clicked and converted,” Torrance says.

Data vendors like BlueKai, and Datalogix will build lists of people in  certain demographic categories for resale to marketers based on those clicks. You can cross-check the lists against Google Doubleclick to confirm which ads get credit for making the sale, Torrance explains.

In the end, it still comes down to putting the right ad in front of the right eyeballs. Digital marketers have the data about the audiences they want to reach and where they can be found. The process of choosing where to advertise— and how much they are willing to pay for that placement — happens faster than the blink of an eye. “Transactions happen at such a fast rate that no person can make a decision,” Torrance says.

There are 25 ad exchanges serving up about 200 billion offers daily. The decision to bid for a bloc of ad space is made in about a tenth of a second. The advertiser offering the highest bid wins the space. In some ways, this resembles computerized stock trading on the NASDAQ, Torrance observes.

Information has value. “If a set of users have value, but only a couple of companies know it, the price (of the ad) many not be higher,” Torrance says. But if all know it, then they will compete for that ad space, driving the price up.

“We look at every opportunity to compete for the best price,” Torrance says. That can be affected by the likelihood of scoring conversions . The bid may be half as high because the chance to convert is equally half as likely,” he notes. If other players bid for the same ad space, “our system will respond by being willing to pay a higher price.” Torrance says. Vibrant engages the ad exchanges from its own platform. “We control the expense and the inventory,” Rivera says.

One approach to ad buying is to understand the context into which the ad is being pitched. Vibrant categorizes editorial using its own taxonomy, selecting the ad campaign that best suits the context, even coding keywords to produce a clickable ad once the mouse hovers over that hot spot, Rivera explains.

All ad buying by Mediamath is done on its TerminalOne Marketing OS. While algorithms govern the purchase of ads, a human must be kept in the loop. “His job is to define the structure of the campaign.” Noren says. If the algorithm is missing opportunities, human intervention is called for. “The campaign manager can adjust over time…He can bid more aggressively for those opportunities.” If an opportunity was perceived where an audience is twice as likely to convert, then it might be worth bidding twice as much to reach that audience with an ad, he says.

You get what you pay for, but caveat emptor still applies. “It’s not about impressions, but quality impressions,” Ruckus’ Wood says. Even so, it may take two or three impressions to drive home the conversion. The burden is on the marketer to validate the traffic to the web site, as media kits can be less than truthful, Wood points out. Platforms can be self-serving.

It is harder to hit a moving target

Serving up digital ads to mobile devices relies on some of the same rules. But the smartphone, obviously, has a smaller screen. There are limitations — and opportunities.

Click-through is higher on mobile, but the ad can eat up more space given the smaller screen. Mobile also offers the promise of making ads appear when they are geographically relevant; for example, when the owner is near someplace where he can buy something. “Fifteen percent of the time, we know the location of where the user is,” Torrance says. You can associate the consumer with the store, something you can’t do with a desktop. Using Bluetooth, stores equipped with beacons can even tell where in the store the customer is standing, allowing a targeted ad to be delivered to the handheld, provided that user opted into that system.

Content for mobile has to be “snackable”.  “A thirty-second video is not good. Banner’s don’t work.” Rivera notes. Snackable videos have to be kept between five to seven seconds in length.

Clicks may be a good way to measure KPI for an ad campaign pitched to the desktop, but not best for mobile, Noren says. Here clicks may be accidental, given the smaller screen and the greater likelihood of tapping the wrong field while scrolling. Those clicks would overstate the ad’s performance.

“Interstitial ads, which take over the whole screen, are most successful,” Noren explains. “It leverages fully the real estate of the mobile device.”

Even if the mobile opportunity is missed, the mobile ad still has value. Wood offers an example: Someone going home during the evening commute may show interest in a jewelry ad. The online purchase will not be made on the subway, but a re-targeting pixel in the ad will feed it to other devices when that commuter arrives home.

The mobile opportunity may even be static. Television plays a role here as an “unsung hero,” explains Wood. That second screen can carry an ad that may be relevant to someone with a nearby smartphone, who can then go online to make a purchase prompted by the TV ad. Just because a platform may seem outmoded does not preclude a marketer from re-purposing it. 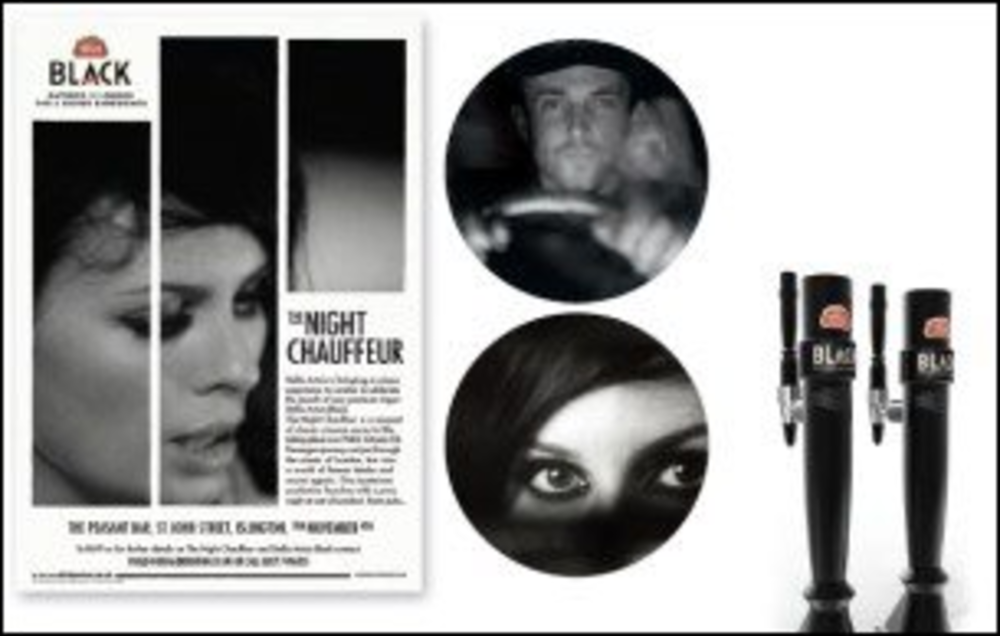 Stella takes Brits for a ride

The Offer: Stella Artois offered select London pub visitors the chance to participate in a series of scenes produced for…

For Anthropologie, Bluecore is Changing the Personalization Game

We’ve all fantasized about this at least once: something or someone does all the work for you, and…