In less than two weeks, Democratic primaries will be underway with the February 3 Iowa caucuses. Political ad spend is expected to approach $10 billion. Although traditional media like TV and radio will receive a boost, ad dollars will also flow to digital channels, and for good reason.

Research by LiveIntent, which provides identity solutions and has insight into 250 million logged-in people each month, finds that political advertising has a conversion rate at 10x above typical ads. The click-through-rate (CTR) is 3x.

And mobile phones are the key channel for digital success, LiveIntent found. Political phone ads are performing twice as high in CTR, and 50 percent higher in conversion, as ads seen on desktops and tablets.

Perhaps surprising at this stage in the mobile-first world, it turns out that this is the first political cycle where mobile has fully taken over. In 2018, effectiveness between desktop and mobile was a toss-up.

“In both 2018 and 2019, more people saw ads on phones than on PCs/tablets,” Cooper explained. “So, phones for the past few years have clearly been the way people see the ads within the email. However, In 2018, the rate of conversions and the rate of clicks were about even for PCs and phones. If a campaign served the ad and it was opened on a phone or a PC or tablet, it had about the same rate of success, irrespective of device.”

Yes, it makes sense that people carry their phones with them everywhere they go, and have been doing so for years. But behaviors are sometimes slow to change. In the case of mobile, users appear to be more comfortable checking their email on phones and performing other functions.

“For years, obviously, people were reluctant to do transactions on their phones,” said Cooper. “However, slowly but surely, that reticence is slipping away. Our non-political ads are seeing the same trend: people are very good at converting on mobile.”

According to Cooper, campaigns are also “embracing simplicity,” by focusing on email.

“Campaigns are getting smarter,” he said. “They’ve learned the importance of simplicity. An acquisition campaign where the goal is capturing an email is generally more effective when that campaign originates in email rather than social because the user is already in email.”

He added, “Psychologically, people are predisposed to giving others their email address when they are following that path from an email. Campaigns have made the steps for a user to hand over their email much simpler.”

Of course, social media’s role in influencing voters has been central to the national conversation around privacy and the spread of fake news, not to mention the investigation into Russian “meddling.”

Digital marketers – including those charged with boosting ROI for big businesses, or those running campaigns for U.S. politicians – see email, not social, as the fulcrum of identity for acquisition campaigns.

“Political campaigns have embraced the simple truth that email represents our digital passport,” said Cooper. “We use it to log in to our websites, we use the email address when making donations, we use it when making purchases, and we use it to send and receive email. By having a strong email asset, a political campaign can be in touch with a person with consistent messaging wherever they are paying attention. Brands have begun to embrace this as well, but political campaigns are seeing around corners.”

He stated, “Email is the life and blood for political campaigns. Year in and year out, it is by far the top performing channel for them. As we inch closer and closer to the 2020 election, and the primaries truly heat up, we’ll see more and more investment in email as a channel to reach donors and get voters to the polls.”

If the goal for a specific political campaign activation is to get more emails, it makes it easier to achieve this when the campaign is executed with email.

Cooper also pointed out that email lends itself to hyper-local executions.

“Because email is logged-in and is the key to Identity in a world where everyone has so many devices, it can be leveraged to appeal to known people in a hyper-local market,” he said. “Currently, our campaigns are evenly split between local issues and national issues. However, as the elections for Congressional, Senatorial, and Presidential campaigns race forward, we’re expecting that Presidential campaigns will capture a majority of spend.”

Regardless of whether the campaign is local or for the presidential election, it’s also important to note that the mobile conversion rate is consistent across ever US state.

“For better or worse, everyone in the US lives and dies by their phone,” Cooper said. 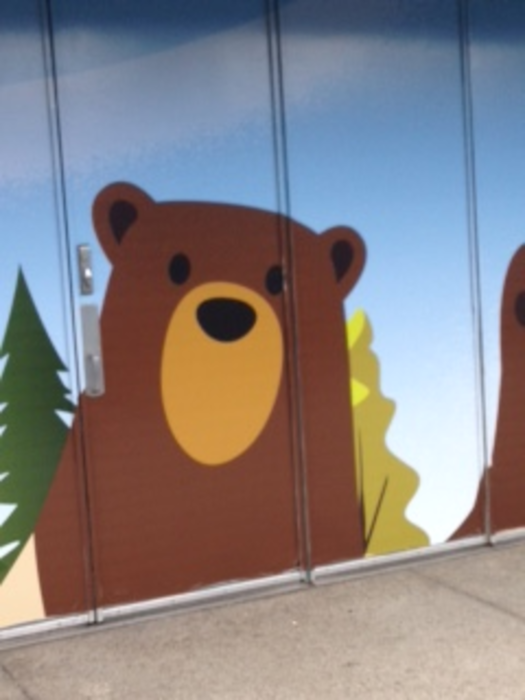 One consistent thread running through all the discussions of worker empowerment, AI, and UX at Dreamforce 2017 was customer…