Ever since the proliferation of digital and mobile channels, the topic of big data has been in vogue. But that doesn’t mean that face-to-face customer feedback has gone out of style. TechStyle’s fast-fashion division—home to apparel, footwear, and styling brands JustFab, ShoeDazzle, and PS—has proven this to be true with its in-person initiatives.

As a membership-based, online-only division with three million members, TechStyle’s fast-fashion sector has no shortage of data.

When customers first visit its brands, they’re asked to complete a style preference quiz. This quiz might ask them which pictured outfit they’d like to wear for a night out, or which pair of boots they’d want to have in their closet. Customers are also asked to provide their shoe and clothing sizes, as well as their basic demographic information (like their age and ZIP Code).

After they answer these questions, customers are posed to complete their profiles by providing their name, email address, and password. TechStyle even offers new-member discounts to sweeten the deal.

Still, the data collection doesn’t stop there. As customers continue to engage with TechStyle’s brands, the company tracks their purchase patterns and online behaviors, including what they click on, what they don’t click on, and what they include in their shopping carts.

“We have thousands of skews on the site at any given point and time,” says Traci Inglis, CMO of TechStyle’s fast-fashion division.

By tapping into this treasure trove of data, Inglis and her team can personalize customers’ online and email experiences. For instance, they might tailor the products featured in an email based on customers’ indicated preferences. Or, they might offer customers different discounts based on their membership status, which is determined by the number of points they earn for purchases.

In addition to personalizing these digital channels, Inglis and her team create targeted print catalogs. Say a customer purchases only shoes from footwear and apparel brand JustFab. TechStyle might send that customer a print catalog containing a call-to-action to check out the edition’s clothing pages. Then, a week later, the brand will send that customer an email containing a digital copy of that catalog featuring the same messaging.

“That’s one of maybe 30 different examples of how we might slice and dice the messaging in the catalog,” Inglis says.

Besides using its data for marketing purposes, TechStyle uses its intelligence to forecast product demand. According to Inglis, the company has an “enviable” 95% accuracy rate, resulting in just 5% leftover inventory.

“If you’re not impressed with that, you don’t know retail,” she says.

In-person is in vogue

Still, Inglis knows that she has to look beyond TechStyle’s database if she wants to truly understand customers’ needs and wants. “Sometimes big data just isn’t enough,” she says.

She thought back to her early days in retail when she would talk to customers in stores to get feedback. She knew that she couldn’t replicate the exact experience, mainly because TechStyle’s fast-fashion brands don’t have brick-and-mortar stores. So, she did the next best thing by launching a dinner program in which customers and employees meet face-to-face to dine and share insights.

TechStyle hosted its first dinner party in August. In the beginning, the dinners were solely a JustFab initiative and only diamond elite members (i.e. JustFab’s most profitable customers) were invited. However, the company has since rolled out the project to other brands, including footwear brand ShoeDazzle and activewear brand Fabletics, which is outside of the company’s fast-fashion division. Inglis also says that the company now invites customers from all membership tiers, so that it can better identify and address their needs.

“We don’t want to be drinking the Kool-Aid,” she says.

Each dinner contains about 50 guests and is based in a city where TechStyle has a significant customer concentration. Sometimes this means hosting a catered dinner at its Los Angeles headquarters; other times it means renting out a hotel’s banquet room in another city. TechStyle also offers guests a giftcard as a thank you for attending.

While Inglis says these dinners cost the company “a lot less than you would think,” she also says that they’ve already paid for themselves. Indeed, the insight that TechStyle has accumulated through these in-person initiatives has helped it launch a slew of new products and programs.

For instance, after hearing that customers had a hard time finding fashionable wide-width shoes, TechStyle started selling them this month. It also expanded its plus-size collection and is working to restock its best sellers faster as a result of this face-to-face feedback.

“We get such invaluable insight that we’ve launched several new brand extensions and programs…from just asking the customer what they want,” Inglis says.

One of the biggest benefits of the program is that customers chat with employees from across the organization. So, everyone from marketers and designers to CEOs and merchants attend the dinners — and the company has seen significant benefits as a result.

For example, Inglis says that a customer told TechStyle’s e-commerce tech team that she was frustrated that she had to scroll to the top of the screen anytime she hit the back button on her mobile device. Not only was the team able to fix the issue, but Inglis says that TechStyle saw mobile sales improve as a result.

“You never know where the right insights are going to come from and we want to make sure that we get every one of them,” she says.

In addition to these dinners, TechStyle started doing in-home visits in October in which designers, marketers, merchandisers, and even CEOs stop by customers’ homes to speak to them about their closets. Like with the dinners, Inglis says these visits provide valuable insights. For instance, while customers could tell TechStyle that they want sexier or more casual clothing via a survey, she says, these in-home visits help the company better understand how customers define these terms, especially considering that they could mean different things to different people.

“It’s really helping me fill the gap between understanding the quantitative big data piece and the qualitative [of] who she is and what does she really want from us,” Inglis says.

To date, TechStyle has hosted five dinners in three cities and has made seven in-home visits. Inglis says that the company is also researching how to expand this program in European cities; however, she says that this is more challenging because the company needs enough staff members who speak the local languages to be on the grounds.

While Inglis acknowledges that making time for face-to-face interactions isn’t easy, she encourages marketers to start small and “just do it.”

“The customers pay your paycheck, right” she says. “If you’re not keeping them happy [and] if you don’t know your customer, then you’re not going to be able to compete.” 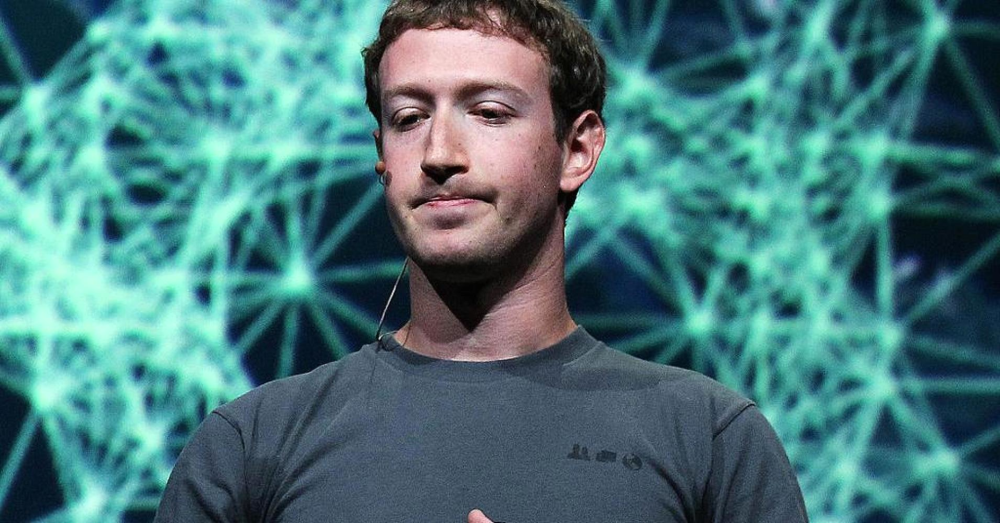 Another day, another data scandal with Facebook. Lawmakers in both the UK and the US are digging into… 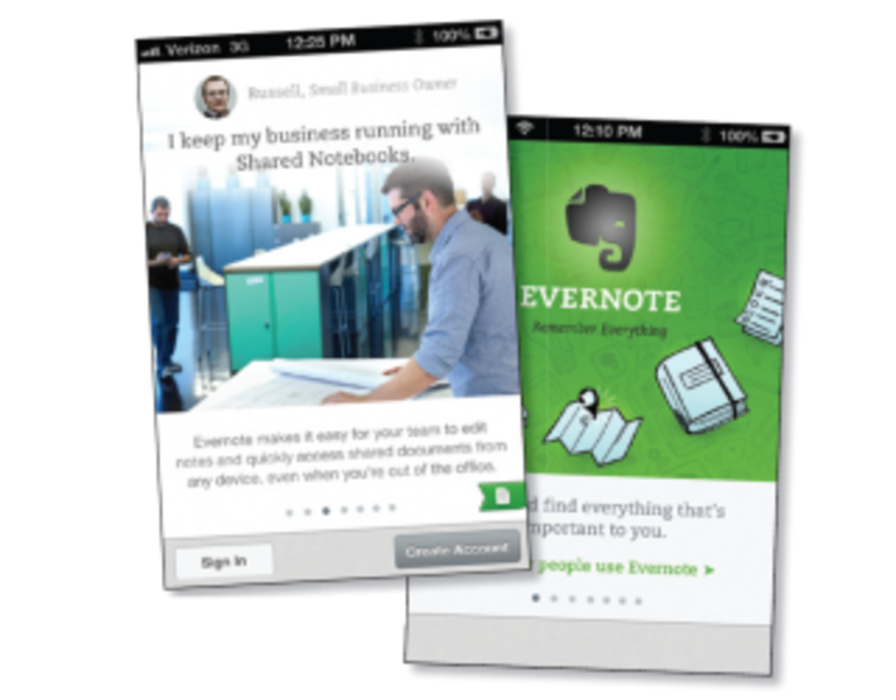 App of the Month: Evernote

Taking (Ever)notes A marketer needs her ideas but if she can’t store them, what good are they? Evernote… 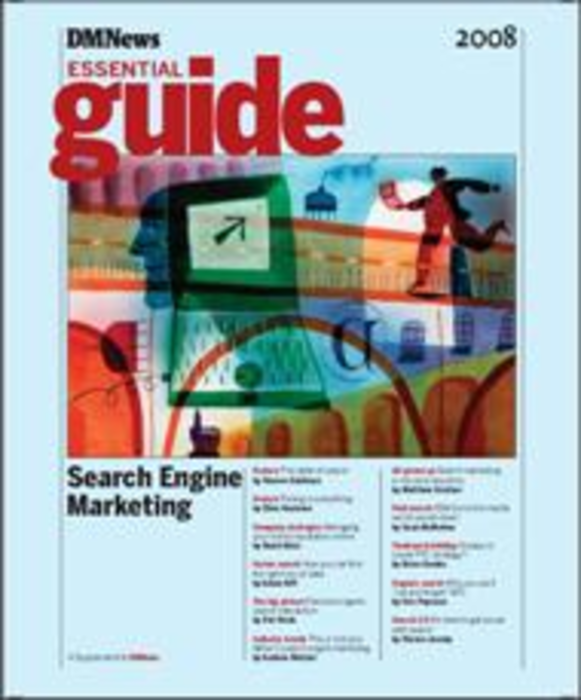 Often the gateway to marketer’s digital content, search marketing requires planning and precision and an understanding of your…