At LITEXPO in Vilnius, Fintech Inn’s two-day program included dozens of speakers and panels on three stages. Among the leaders in fintech who gave the conference a global perspective was Tamaz Georgadze, co-founder and CEO of banking and investments disruptor Raisin.

In the fintech space, Lithuania has begun to see its efforts pay off with local startups ready to expand to other markets. Fintech is no exception to technology’s tendency to want to overcome borders. TransferGo is the largest Lithuanian fintech startup, and now has electronic money licenses in Lithuanian and the UK. Digital banking alternative Revolut will soon be offering free international payment transfers and global fee-free spending in the US. Also positioned in the fintech ecosystem is an AI-powered digital ID verification solution, Ondato, which began, back in 2016, as a local financial passport app in Lithuania.

Representatives from over 60 countries were in Vilnius the week of Thanksgiving. I was told by one resident that there are some families in Lithuania that will have a turkey dinner in the American tradition on that day. But it seemed that even more uniformly, all the international businesspeople at Fintech Inn had Black Friday on their minds.

DMN was invited by the Republic of Lithuania to speak with its Minister of Finance, Vilius Sapoka, whose forward-looking vision fit the globalized future his country’s technology will help build. “There are no borders in the digital world, so there is a great opportunity to make contacts here that result in new business models, while also learning best practices in fintech,” he said.

According to the Minister, what is unique in Lithuania is the cooperation between public institutions, academia and business leaders “to review, develop and plan on a constant basis, to keep abreast [of fintech best practices.]” The result is “efficient and effective” business development along with “the opportunity to create a center of excellence in risk management.”

Minister Sapoka concluded: “We have managed to find a common goal for many public institutions, and particularly within the private sector, so that in just a few years Lithuania has become one of the fastest-growing fintech hubs in the world.”

One expression of this common goal is a project undertaken by the Bank of Lithuania, which plans to issue LBCOIN, a blockchain-based collector coin, in 2020. Recently, they released a paper on the debate around this central bank digital currency (CBDC) initiative.

In comments around this project, Bank of Lithuania board member Marius Jurgilas stated: “It is fascinating to follow how fast the area of digital assets and currencies is evolving. It is not prudent to be a casual observer, as this puts regulators and supervisors in the anxious position of a parent who is disgruntled to see that his ‘parental controls’ are completely out of date. The preferred approach is to face the risks and gain hands-on experience in a controlled environment.”

At Fintech Inn, Jurgilas told me that to be “innovation-centric” Lithuania is opening up “so that non-banks have direct access.”

He added, “[The Bank of Lithuania] has streamlined supervisory services so that entry into the market is as straightforward as possible. There are no undo hurdles to compete with market players, which results in reductions of time to market for new players.”

The bank is also in the final stages of a blockchain-based technology sandbox “provided as a public service to innovative companies developing new services using distributed ledger technology,” he said.

The CBDC initiative is a way forward for the Bank of Lithuania to “expose ourselves in a live environment [to gain experience] and not just to talk about it,” Jurgilas explained.

This open attitude is precisely what brought digital money solutions to Fintech Inn this year.

Laurence Cooke, founder and CEO of nanopay, told me that the attitude is “very openminded to foreigners looking to innovate for Lithuania and abroad.”

He added, “Direct access to the central bank is not an obvious option for a non-bank.”

In the long term, however, Cooke sees digital options like nanopay’s being adopted by central banks to help them deliver digital currency.

“In a world where you want to democratize payments and have 2 billion [underbanked consumers] join the financial sector, you need really cheap payments,” Cooke explained.

More than just banking, blockchain technology brings fintech applications to other verticals. Sukhi Jutla is the co-founder and COO of UK-based MarketOrders, which uses fintech innovation to create an online marketplace connecting every point in the supply chain for jewelry suppliers and independent retailers. In the way that diamonds and other precious gemstones are individually certified, MarketOrders currently achieves the same trackability for gold in the supply chain. There is also a blockchain payment protocol layer on top of the supply infrastructure to manage payments, because there can be up to a two-week delay in money transfers, which can make or break an independent jeweler, according to Jutla.

In addition to exchange of ideas and business opportunities for MarketOrders, Lithuania is also a source for recruiting new tech professionals in a highly competitive hiring market.

“Because fintech is so new, there aren’t many people who understand it,” said Jutla. “There’s not much tech talent, so there’s a fight for the talent pool,” she explained, adding that Lithuania is “a key region to build our business and to expand.”

Fintech LT Project Manager Vaiva Amule reflected on what MITA (the government’s Science, Innovation and Technology agency) continues to do right in developing fintech in Lithuania.

“Certainly, a highlight [of Fintech Inn] was the interplay between the large side of the industry, the startups and the institutions,” she told me. “We made the conference free of charge for startups to be able to attend. This allows established players to meet new players and contacts who might not have been on their radar and understand the full scope of Lithuanian fintech innovation.”

She explained, “Businesses come to conferences for networking because they want to find new clients or partners, meet with existing connections, not only to show what they have to offer. By matching all these contacts we are not just supporting the local industry but also showcasing how flexible we are and what value we can add internationally.”

The year-over-year growth (now over 3,000 participants, and 500+ fintechs of all sizes) indicates that the country “is on the right track, and that the Lithuanian fintech sector is among the top in the world,” Amule stated.

A source at the Ministry of Finance also told me that Fintech Inn is looking to avoid Thanksgiving week in 2020 to attract more American attendees. This way, fintech leaders from all nations can get their Black Friday shopping done, unimpeded. 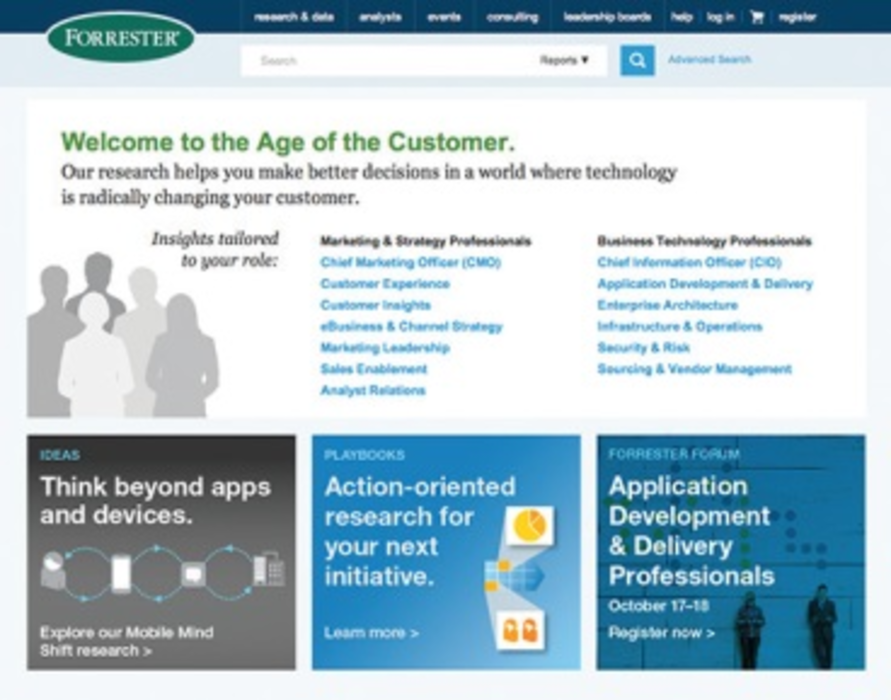 The DL on DMPs

Keeping up with consumers’ multichannel, multidevice lifestyle is ever more difficult. Two of the biggest challenges: ingesting digital… 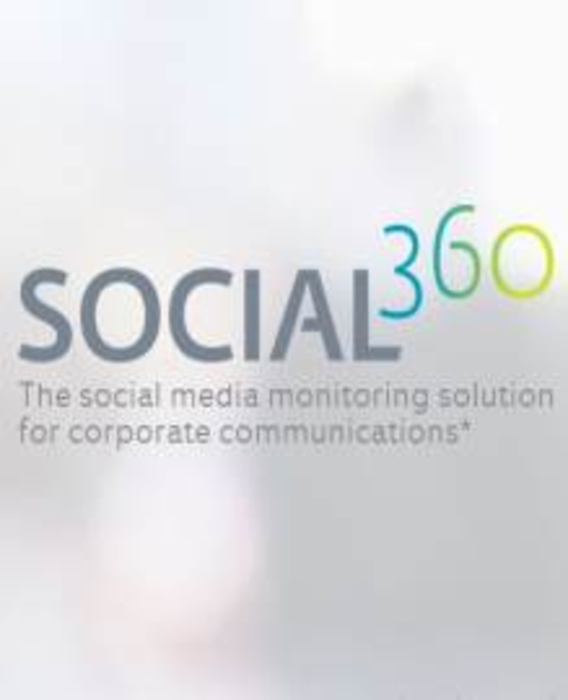 Link http://social360monitoring.com Specifications Social360 is a social media monitoring and analysis platform. It can search in any language… 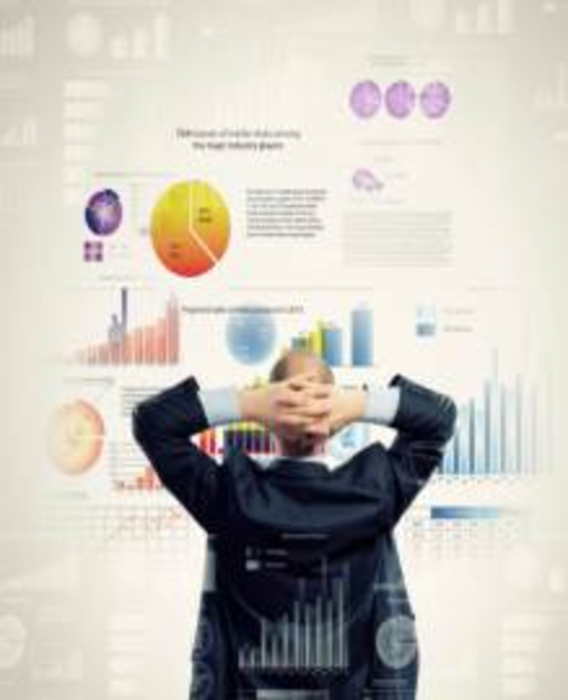