As performance audio company Veritone One recently told us, advertisers are adopting a “firing on all cylinders” approach. EVP Sean King was referring to political campaigns, but brands are also covering all their bases with omnichannel strategies.

For legacy television, this means that advertisers are following the model that many TV viewers also practice. Instead of cutting the cord entirely, audiences supplement their TV viewing with digital OTT apps they can view on the living room screen, tablets or phones.

Same for advertisers. Increasingly, they widen their presence with OTT apps to ensure they don’t miss younger viewers. But the biggest audiences are still reachable through traditional linear TV.

Linear programmatic marketplace Videa, owned by Cox Media Group, has provided one blueprint for how legacy media is using data and technology to stay in the game and maintain an advantage in reach. According to Brett Adamczyk, VP business development and strategy, the key is to provide a solution to buying media that’s as easy and effective as other programmatic mediums. A major obstacle in television at the local level is the delivery rate that linear can deliver ad placements throughout the flight of a brand campaign. He states that Videa’s delivery of close to 95 percent of impressions surpasses the standard threshold of 10 percent “non-guaranteed,” or 90 percent delivery, which is considered acceptable by media agencies on the demand side.

This is attractive on the supply side as well. Publishers don’t want to have to give away inventory down the road to make up for unfulfilled placements. Solutions like these keep offline TV at the top of the heap, representing 85 percent of ad revenue in the offline-digital ecosphere, Adamczyk told me.

“I think everyone in the local space definitely believes the big future opportunity is the digital-to-linear extension, finding that audience wherever they’re showing up,” said Adamczyk. “Now that the broadcasters have more digital inventory and understand the attributes of the inventory, they can apply that to their offline inventory. We’re still in the early days of figuring out how to package that together.”

He added, “Local TV is still one-to-many and not as targetable as OTT inventory, which provides data at the household level. But there is a ton of advancement (in offline TV) in terms of overlaying with historical data so that publishers can use this to monetize inventory in a better manner. Our campaign performance tool allows, for the first time in local TV, for both buyer and seller to have a near real-time look. What we’ve seen is that campaigns are performing better, and advertisers can make changes in-flight, because they have that transparency and visibility they’ve never seen before.”

Adamczyk explained that timing is important with TV campaigns, especially if they’re tied to a specific promotion or call to action, as so many local campaigns are. These new management tools provide data near the day the ads ran, while in the past, advertisers wouldn’t have visibility until at minimum ten days after the fact, often when the flight had already concluded.

There’s no denying that digital OTT is expanding. But in the omnichannel world, it’s less of a priority for advertisers to figure out which share of the pie is growing or shrinking. They need to have both covered.

A report from BIA Kelsey found that local TV and video — offline and digital (including mobile and out-of-home) – will total $29.5 billion in 2019.

For those who advertise through local OTT, however, the case is being made for certain strengths and advantages within the channel.

What categories are jumping on the household-level data? Findings from digital ad solution ZypMedia conclude that Automotive is the top category across the country. Differences emerge regionally on what categories follow from there. For instance, Home & Garden comes in second in northeast and midwest states; but in the south, Heath & Fitness comes in second, and Education is the secondary category out west.

In comparison with the typical four-week flight in local TV, 59 percent of local OTT campaigns run one month or shorter, ZypMedia found.  Personal Finance had the shortest campaign duration, while Politics & Government runs for over six months.

One of the biggest selling points for OTT is the length of commercials seen on the channel: there are twice as many 30-second spots as 15-second ones. And in nearly all cases, viewers watch the entire ad. ZypMedia boasts a 98 percent completion rate.

While ZypMedia serves network publishers as well, their location-specific data helps discover “the local attitude advertisers need to speak to [a local audience] in that space,” said Charel MacIntosh, SVP, OTT channel strategy and sales. “Automotive has been an early adopter. They’ve reached a certain comfort level with these local audiences. They know they need to be here and spend their ad dollars in the OTT environment.”

What’s in our mailbox this month: music and performance series in New York mailers. Let’s get down. Venerable… 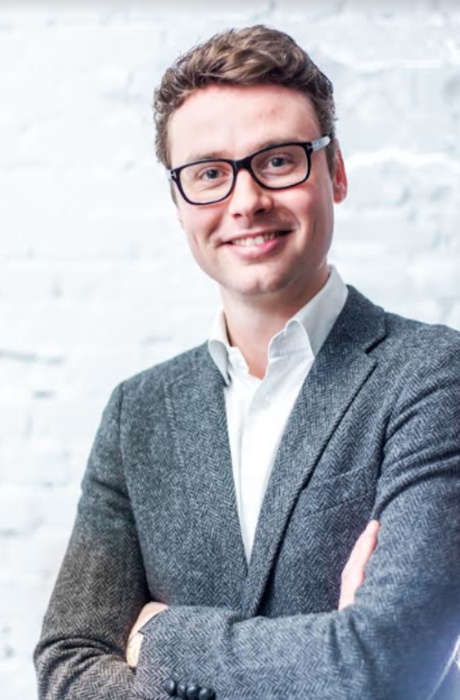 Having goods on hand is common sense. The tricky part is knowing how much inventory to have on…