Perhaps in the near future, historians will trace a major economic upheaval back to this point in time. In downtown Seattle, on January 22, a catalyst for change was unveiled to the public. A technologically-sophisticated grocery store, dubbed Amazon Go, allows shoppers to put items into their bags and then leave without any kind of checkout process. I went to Seattle to visit the store in its second week.

Amazon Go represents a revolution in retail. As in all revolutions, power dynamics will shift, people will get hurt, and previously impossible things will become possible. There is excitement in the air–and also fear. In this instance, the collateral damage could include some of the 3.5 million cashiers employed throughout the United States. A Cornerstone Capital Group report indicates that “large-scale automation of retail labor could disproportionately affect women.”

The revolution will not be televised. However, it will be filmed — by about 100 cameras mounted to metal beams, and intricately wired on a dark ceiling. Amazon Go is capable of monitoring and automatically billing all of its customers by using computer vision, sensors, and deep learning. This isn’t self-checkout, it’s no-checkout. And it will add to the toll of automation-induced casualties.

The entire process of shopping becomes quick and effortless — but lines, chit-chat, and cashiers are no longer a part of it. Of course, some critics might argue that the cashiers aren’t collateral damage at all; they’re the intended target of this revolution. Amazon has willfully designed an AI-powered system of sensors that will allow retailers to lay off redundant staff, and increase profitability.

Next: It’s more complicated than that.

However, it’s more complicated than that. As AI automates tasks, some workdays will become more efficient and other types of work will become obsolete. Technology is evolving at such a rapid pace that it is even replacing its own predecessors before they have been fully adopted. Even historically recent inventions, such as contactless payment, mobile payment services, and error-prone self-checkout machines, are rendered obsolete by Amazon Go.

In person, I found the experience of shopping at Amazon Go was enormously positive. Some people have reported that they accidentally shoplifted; Amazon says this happens very infrequently. Others have tried various methods to deliberately trick the store, with the implication being that unmanned stores are unsustainable due to errors and theft. These criticisms miss the point. Amazon dominated eCommerce and brought in $177.9 billion in sales last year. They achieved their success, in part, by reducing friction in the customer experience on the online side. They’re now bringing those same principles into brick-and-mortar.

When you consider the competitive advantage of this streamlined shopping experience, and couple that with the reduced labor costs, the problem of shoplifting becomes close to irrelevant. Perhaps that is why Amazon Go’s vice president Gianna Puerini wasn’t worried when a reporter mistakenly wasn’t charged for her yogurt. “It happens so rarely that we didn’t even bother building in a feature for customers to tell us it happened,” said Puerini.

The friction of my customer experience wasn’t just reduced. It was gone. I didn’t have to wait in a long line, fumble with my wallet for money, and the right loyalty card, or repeatedly scan an item into an uncooperative self-checkout machine. I simply scanned the QR code generated by the Amazon Go app on my phone and entered through the gates.

Shelves were well-stocked with a diverse selection of high quality items and Amazon Go correctly tracked every item I put into my bag. This is in spite of the fact that I was bouncing around the store quickly, intermingling with a fairly dense crowd, and documenting the store’s cameras and sensors with my own flash photography and video.

Next: It feels so wrong…

There is a considerable novelty factor to the store. It will wear off, but for the time being, it is making shoppers giddy with excitement and even trepidation. Inside of Amazon Go, I observed many shoppers clustered around the gates after they had made their selections. Some were afraid to leave. “It feels so wrong to just walk out,” said one man to his friend, laughing nervously. “It feels like I’m shoplifting.”

“Okay. Are we gonna do this?” said the friend. After mustering up a small amount of bravery, they walked out and, later, received their clearly itemized bills.

With the public constantly flowing in and out, Monday to Friday from 7 to 9, flaws will be exposed, and Amazon will have the opportunity to make adjustments. Perhaps most bewilderingly, I found that the store’s WiFi was a little weak — a problem that is both predictable and, given the other technological hurdles already overcome, easy to correct.

It should be noted that there are currently many employees in the store, clearly identifiable by their puffy orange jackets. This is likely temporary. These staffers are there to assist, answering the public’s questions, and resolving any apprehensions. Others are there to prepare fresh meals and stock shelves.

Overall, the store definitely feels like a glimpse of the future. It’s on the same block as the Amazon Spheres, three surreal-looking glass domes that house rare tropical flora in addition to Amazon employees attempting to tackle their workloads. (Amazon hopes that the “biophilic design” will inspire creativity and improve brain function.) It isn’t uncommon to see several LimeBikes or Ofo bikes on the sidewalk out front. These are community-shared bicycles that can be rented out using a mobile app and then abandoned anywhere for the next user to find. It all feels like a sci-fi novel, roaring to life.

Amazon Go has been described as a convenience store, which conjures up images of a 7-Eleven, or perhaps a New York bodega. This is inaccurate. Amazon Go is essentially a miniature Whole Foods, which makes perfect sense given Amazon’s recent acquisition. Most of the items available for purchase are healthful and the labels “fair trade” and “organic” appear abundantly. It isn’t difficult to imagine Amazon Go’s technology licensed to other retail outlets and gradually rolled out across Whole Foods’ 477 locations.

People would be able to quickly grab a meal during their coffee and lunch breaks, with more time left over to actually consume their food and relax. In turn, Amazon would gather massive amounts of valuable data on consumers’ buying habits. The store’s reduced labor costs and monetized data might even translate into lower prices, which would help Whole Foods shed a negative brand image. In the past, critics have derisively nicknamed the chain “Whole Paycheck,” in reference to its high prices.

But what would this mean for the specific brands on all those retail shelves? In these stores of the future, there might not be as many employees in the aisles to help nurture sales. Brands would need to adequately convey their products’ value, both in the product packaging and in their digital marketing.

“Branding and consistency will be key,” said Mary Cochran, co-founder of Launching Labs Marketing. “Products will have to be recognizable through other branding, marketing, and packaging efforts from both web and on-shelf presence. Good branding will enable customers to grab and go without research, or thinking too hard.”

Next: Brands must brace themselves.

Brands may also need to brace themselves for sudden changes. By monitoring customers and conducting data analysis, retailers could deconstruct the thought processes behind purchase decisions and adjust stock accordingly.

“Shopping is an experience that retailers create for their customers. The more data that Amazon can get their hands on, the better their capability to hyper-personalize these shopping experiences. Each store could optimize their dynamic stock of goods, based on season, neighborhood, customer habits, etc. This means that there will be less wasted space or stock and customers will always be able to find what they’re looking for,” said Aaron Glazer, CEO of Taplytics, a company that seeks to improve customer experiences through experimentation, A/B testing, push notifications, and messaging.

“Consumers are always looking for ways to make better use of their limited spare time, and will certainly find value in being able to pick up everything in one ‘Go’ at their convenience,” he added.

A large number of cashiers will probably lose their jobs, but the final chapter of this story is not yet written. By redeploying resources and integrating data-driven strategies, companies will be able to pivot and expand into new areas, creating new opportunities. The new jobs will require new skillsets, which presents an opportunity for motivated workers to continually learn and grow. Education is no longer a finite period of time prequalifying eager young workers for guaranteed employment. In this newly emerging economy, education might become a constant if workers want to be relevant instead of roadkill.

Some people will resent that so much effort is now required just to survive. Others might value the continual intellectual stimulation over a stagnant job where they’re just counting down the days until retirement. Therefore, the interpretation of this rapidly evolving economy and adapting workforce is dependent upon a series of personal value judgments and capabilities.

Beyond that, AI and robotics could significantly improve the human condition. The technology has already led to incredibly beneficial advancements in healthcare, and will likely play a major role in space exploration. If AI does lead to widespread redundancies in retail labor and other sectors, our societies and political systems will be uniquely pressured to adapt. After all, AI-powered stores can’t sell goods to a population without any money to spend.

Of course, these long-term outcomes are unclear and any efforts to shed light are inherently speculative. However, if the appropriate safeguards and levels of transparency are put in place, it is certainly possible that the ultimate impact of AI will be a net positive. Admittedly, this proposition will be difficult to accept if the technology behind Amazon Go and other unmanned stores causes pink slips to be handed out to workers all around the world. 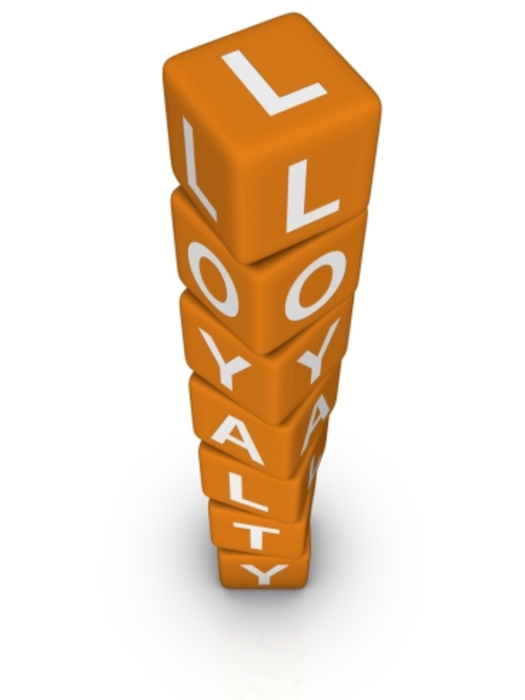 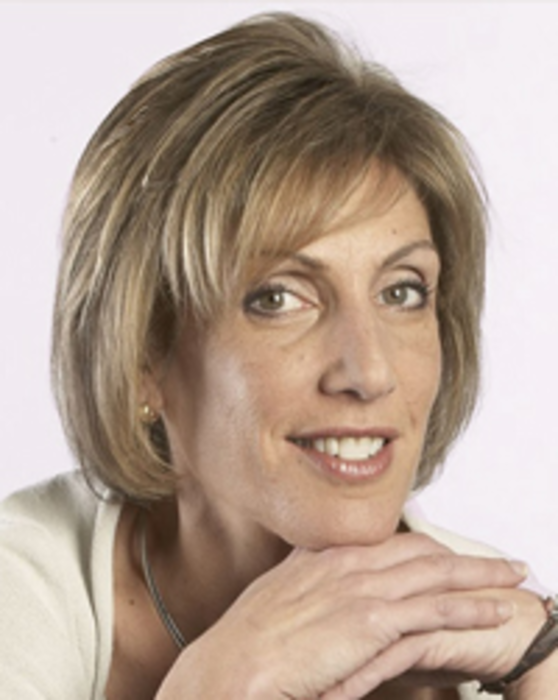 E-mail marketers are facing many new hurdles in 2011, as well as some old ones. Direct Marketing News…