Earlier this week, Editor-in-Chief Kim Davis noted the shifting trend in brands aiming to “be good,” whether that’s to their consumers, or by taking a stand in what they believe in. At SAS Analytics Experience in San Diego this week, I noticed a similar trend — this time, in the way that brands, tech companies, and analytics providers, use AI to solve real human problems, and further the progression of humanity.

SAS Analytics Experience 2018 kicked off on Sunday, Sept. 16, with a two-day ‘hackathon’ challenging teams to find ways to combat wildfires by analyzing historical data. A fitting subject for a competition set in California —  in July 2018, the state was ravaged by a sweep of fires that was eventually deemed as one of the largest blazes in regional history. The Mendocino Complex fire in San Francisco was reported as “contained” on Wednesday.

“Share that data with me,” Robyn Benincasa, a firefighter, CNN Hero, and renowned adventure racer, said during her opening keynote on Tuesday, Sept. 18. For Benincasa, success is all about the ability to share — whether it’s out in the wilderness, or in a boardroom. In the workplace, teams need to be agile; conquering adversity by leaning on each other, and communicating effectively.

Different teams, however, have different needs, and different ways of telling data stories. As Dr. Tricia Wang pointed out, boiling down often complex data science principles into tangible, human stories, is critical for bridging gaps between decision-makers, data teams, and the public. Translating data into empathetic narratives can propel digital transformation, and create compelling use cases that are accessible to all audiences — whether you have a firm understanding of data science, or not.

Mick Ebeling, CEO/founder, Not Impossible Labs, believes in “technology for the sake of humanity,” which means that tech should be viewed as a vessel to solve some of the most complex problems burdening humanity today. In Ebeling’s case, the story comes first, with technology as the solution.

“We look through this lenses of the world where we look for things that we find absurd,” Ebeling said. “When you look at those things from a human standpoint, and say ‘hey, those things shouldn’t be that way.’”

At Not Impossible Labs, every project begins with a similar hypothesis: “How do you make a solution that can solve an absurdity, and make it accessible?”

AI as a team player

Oliver Schabenberger, EVP/COO/CTO, SAS, believes that AI plays an ever-evolving role in assisting teams to achieve their goals. He was quick to squash the claims that AI was creeping in to take jobs away from humans. Instead, AI works as a team player, changing the way humans work, rather than eliminating it. Schabenberger gave healthcare as an example, noting AI’s role is more about using data to deliver a diagnosis, “but letting humans give the treatment, the human touch.”

“If we wrap those human qualities around AI, then we have an amazing future ahead of us, and we will have lots to do,” Schabenberger said.

However, Schabenberger warned, humans are burdened with the ethical responsibility of building AI that operates on a level that’s necessary to achieve these goals. AI architects need to understand the implications of bias, and overcome potential roadblocks that can skew the very nature of the algorithms themselves, as capabilities become more sophisticated.

“When the tech is so fundamentally transformative, being better at inventing stuff rather than using it is a poor strategy,” Schabenberger said. “We need to invent the fire extinguisher before we start playing with fire.”

Renown Health, of Nevada, is applying AI to help analyze DNA samples for thousands of residents. The healthcare organization partnered with genome company Helix to launch the Healthy Nevada Project, which aims to provide participants with a complete health profile, that can better preventative care. From a business perspective, this data gives Renown the tools they need to plan their resources effectively by understanding the present — and future — needs of local citizens in different communities.

“If you can understand and learn where people are vulnerable, you can build programs around that,” Dr. Anthony Slonim, CEO, Renown Health, said.

AI, Dr. Slonim says, allows teams to “find answers in data” on a level that humans cannot achieve on their own. Renown turned to SAS to help find a solution.

“We wanted to have the ability to integrate the information and get the data back quickly,” Dr. Slomin said.

In the future, Dr. Slomin envisions expanding the Healthy Nevada Project, first with partnering state healthcare systems, and, ideally, across the country. Though AI is powering the project, the goal is grounded in humanity.

“The unspoken heroes in this are the 35,000 people who gave us a piece of themselves,” Dr. Slomin said. “We feel it’s our responsibility to bring it [the data] back [to them].” 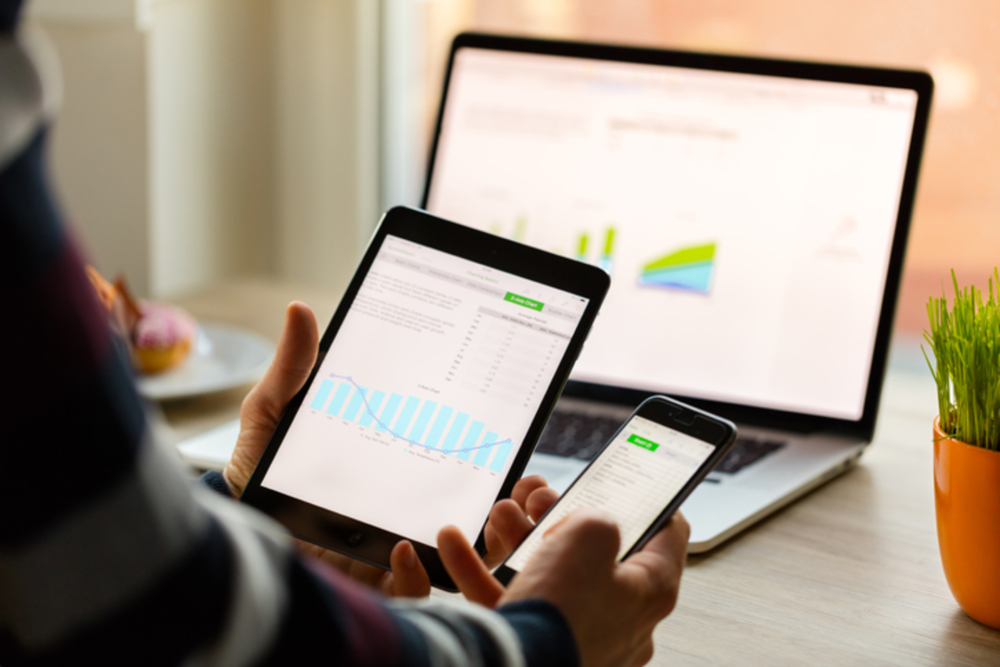 As companies set their sights on 2018, marketing leaders are looking to shift their spending towards digital. According…

In circ: Is the Kindle really the future?

Rumor has it that a new Amazon Kindle will be revealed on Monday, February 9. Depending on the…