You need to know: Noah Dinkin

Just over two years ago, I sat down with Noah Dinkin, founder and CEO of New York-based start-up Stensul, to talk about the changing face of email marketing. Stensul’s offices were about two minutes’ walk from DMN HQ, but amusingly I’d discovered the company by accepting an invitation to meet their then ambassador, Fabio, at Salesforce Connections in Atlanta.

Despite that unusual introduction, Noah had plenty to say about the challenge of scaling the assembling email campaigns in an environment where marketers are swamped with audience data and struggling with content. He was happy to talk about those themes, but was keeping the Stensul roadmap under his hat. We had to wait until this month, in fact, for Stensul’s first major announcement: something of a coming out party.

The headline is a $7 million Series A funding round, but the fascination is in the details. Javelin VP led the round — a familiar enough name in these circles — but there’s also participation by Scott McCorkle of Salesforce. And Stensul has filled two important client-facing executive positions, adding Manny Ataebi (formerly of ConveyIQ and Ghostery) as VP marketing and sales development, and Jesse Brightman (Percolate, VaynerMedia) as head of customer success.

Some major companies have been persuaded by the Stensul offering already, including YouTube, Seamless, Grubhub, Lyft, Box, and BMW and BMW mini (there are case studies with details at the Stensul site).

Dinkin spoke to me yesterday about Stensul’s approach.

“We have no interest in being an ESP, or any of that downstream stuff about sending, or the pipes. We see a huge opportunity to bring technology to the front-end of the process which exists between conception and having a finished asset they’re ready to deploy. For whatever reason, while everything else around email has been advanced by leaps and bounds, the initial part of the process is still the same way it’s been for decades 100% manual, with people going back and forth in a really painful, time-consuming, and costly way. That’s what we’re focused on, because there’s a massive opportunity there.”

All good, but without giving away secrets, how does it actually work? It must be more than drag-and-drop. “If you look at the way people do things now, they’re using humans — using specialist designers, developers, or agencies — to control for things like brand governance, the technical coding of the emails, or QA. Stensul brings technology to solve those challenges so that humans don’t need to do that work. A designer shouldn’t be doing layout, he should be doing design. A developer shouldn’t be copying and pasting email snippets, and going back and forth with people over every little change. That’s not efficient. And a marketer shouldn’t be trying to code things themselves.” With the right technology, the whole process can be put in the hands of people who aren’t designers or developers. A marketer can quarterback the process end-to-end, and “the through-put goes up 10x, minimum.”

Scott McCorkle’s name jumps out of the press release. What does his support mean to Stensul? “Scott built the largest company in the space. He was at ExactTarget for many years, through their entire growth, then ran Salesforce Marketing Cloud [after ExactTarget’s acquisition]. We’re really happy to have him around the table and investing his own money. It’s a big sign of validation.”

I woke up Tuesday, and it was an adtech morning, with Roku, the streaming player and smart TV vendor, taking over a meeting space at the NoMad Hotel to announce Audience Marketplace for OTT sellers and buyers. The initiative will allow publishers to sell audiences on the Roku platform, defined at the household level on the basis of Roku’s rich subscription-based first-party data, and the behavioral viewing data it also collects. Roku can further refine the audiences by pulling in CRM data from Acxiom and Experian.

With over 20 million accounts, Roku is delivering streamed content, both on demand and increasingly (think sports) live, to significant section of the OTT audience. According to Nielsen, it has a 10.2% incremental reach among the valuable 18-34 demographic over linear TV.

Seth Walters, VP demand partnerships, underlined Roku’s message: “The future of TV is streamed.” He pointed to increased cord-cutting, and consolidation in the market — witness AT&T’s acquisitions (more below). The advantage of streamed TV when it comes to advertising is that the ads are targeted, measurable, and interactive (some vendors are seeking to help linear TV catch up).

Initially, the buyers served by the marketplace will be the launch partners, including Fox, Turner, and Viacom, with more publishers to be added down the road. To be clear, Roku isn’t exporting data to the publishers; the publishers will buy and activate audiences within the Roku platform. There are advantages, according to Walters, for publishers, brands, and viewers. Publishers will see increased monetization through more targeted advertising; brands will reduce waste by reaching the right audience; and viewers will get a “premium, relevant experience.”

That’s important, because some of the biggest players in the streaming space are offering ad-free content (Amazon Premium, Netflix). There’s a move in the industry to respect viewers’ time and preferences by significantly reducing ad loads; which means the smaller volume of ads need to be effective.

Said Noah Levine, SVP advertising and data solutions at Fox, and a panelist at the announcement: “What Roku has done is take the first steps towards doing programmatic on connected TV in a meaningful way.”

Did someone say AT&T? The telco giant made the front page with its acquisition of Time Warner Inc earlier this month, but adtech mavens are excited about this week’s purchase of the major digital advertising player AppNexus. It’s unquestionably a bold move: AppNexus is one of the biggest Internet advertising exchanges, and creates huge potential for AT&T to connect Time Warner content with well-defined audiences. It’s also emblematic of the way the telco space is growing and evolving.

Here’s what some are saying about the move. First up, Mark Sullivan, director of demand generation at CallRail, a call tracking and analytics company:

Cross-device tracking and multi-touch attribution is one of the most challenging things for advertisers to figure out. AT&T’s acquisition of AppNexus positions them to give advertisers the ability to more completely profile potential ad viewers with the addition of digital data. The timing of the move is a little curious, as it comes on the heels of a recently-passed legislative announcement that opened the potential for ISPs to track, collect and sell user data. Because AT&T has a foothold in residential ISPs and wireless, they have two of the most powerful sources of information that can help advertisers optimize their ad budgets and increase ROI.

We also heard from Eric Wheeler, CEO of  33Across, the consumer attention platform:

AT&T’s move signals that large telcos and media companies are beginning to aggressively build out their capabilities through acquisitions. These companies know exactly what advertisers want: to achieve true ‘network effect’ by reaching potential customers over a broad combination of digital, broadcast and OTT. And be able to do so via one company structure that can provide cross-channel advertising experiences with consistent measurement.” Winner: Only a small group of adtech companies. The ad tech landscape has far more companies than possible strategic buyers and I expect that only the best, most focused and differentiated offerings will win. Those among us that do will be the ones that align around one true value vs. offering Swiss-army offerings. Remember this: the large telco and media companies are buying on value to their business and differentiation. Their financials dwarf any adtech business with the exception of Facebook and Google. Winner: Advertisers. They will suddenly have more options beyond the duopoly of Facebook and Google. But losers: Potentially Facebook and Google, for all their might, they may start to feel the pinch. Toss-up: The Consumer- it remains unclear what the user experience will be via AT&T. Just how friendly will it be? 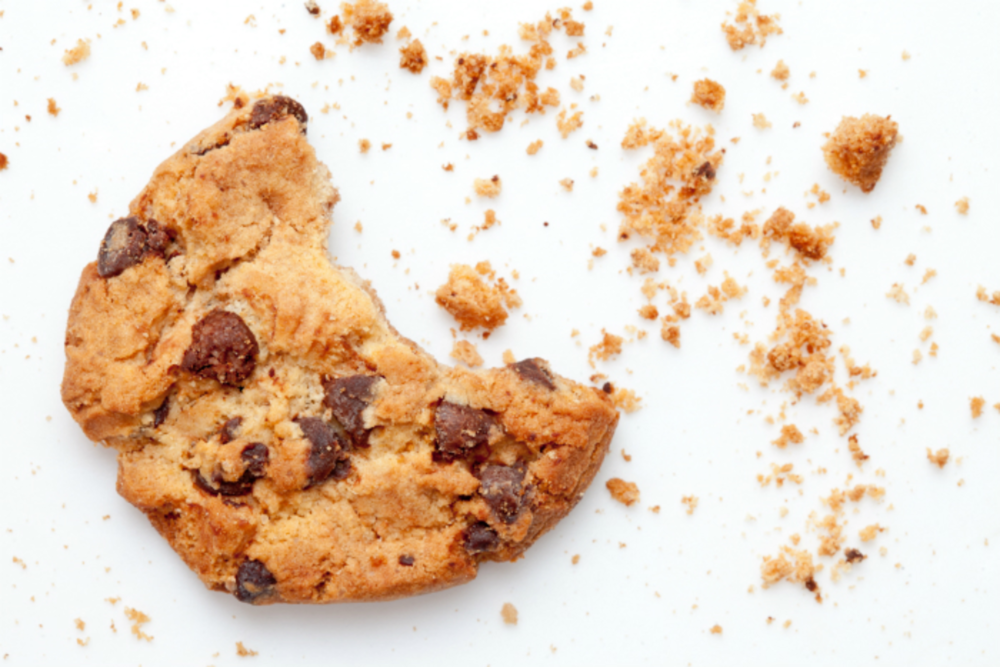 Image source: Thinkstock Any marketer working in digital across devices knows that mobile is quickly becoming king, and… 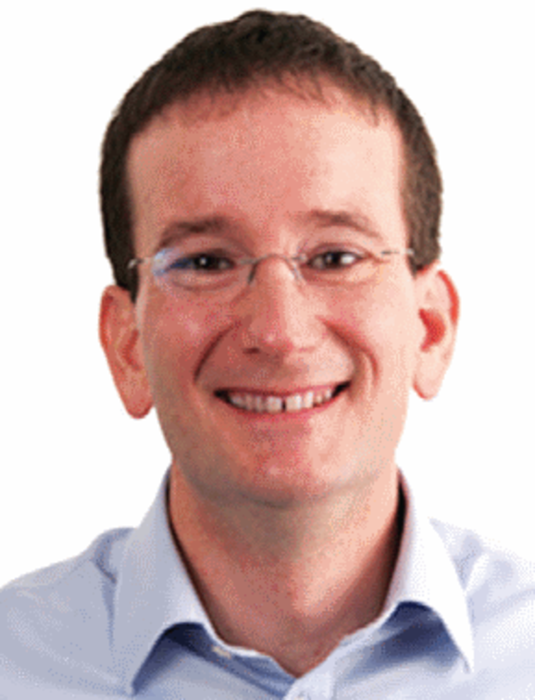 The Art of Partnering With the Right Marketing-Tech Vendor

Search offers help for retailers looking for a holiday booster

With the holiday season approaching, consumers are flocking to retail locations — and now, more than ever, online…