When it comes to marketing, email is a whole different animal. The Humane Society of the United States (The Humane Society) unleashed the benefits of the channel by launching various campaigns and experimenting with different creative elements.

One of the primary methods The Humane Society, an animal advocacy nonprofit, attracts animal lovers is through advocacy emails. These messages invite people to take specific actions, like sign a petition or contact a legislator. Once The Humane Society gets them to complete this action, the organization’s marketers can ask these people to perform an additional behavior—like advocate for another cause or make a donation.

“It’s one of our big, kind of bread and butter acquisition programs,” says Jordy Nelson, online campaign strategist for The Humane Society.

Still, The Humane Society’s marketing team wanted to find a better way to test and optimize its email program. So in April 2015, it implemented Movable Ink’s Optimizer Tool and began testing its features in a series of campaigns.

According to Liz Tashik, senior account manager at Movable Ink, the Optimizer Tool allows marketers to send out two versions of an email—each containing different creative—and automatically drop the one that significantly underperforms.

To test out the tool, The Humane Society’s marketers decided to focus on driving donations, rather than advocacy actions, through its upcoming campaigns—mainly because it would be easier to measure ROI. As a result, the team set out to increase click-through rates on emails that linked to online donation pages and conversion rates.

The first big campaign that The Humane Society ran using the Optimizer Tool took place on Giving Tuesday—just a few days after Black Friday. For the campaign, The Humane Society partnered with pet food supplier Wellness, and the two organizations promised to donate one bowl of pet food for every dollar raised for The Humane Society’s Pets for Life initiative—a program that provides medications, vaccinations, and other forms of care to pets in underserved communities.

On that Tuesday The Humane Society sent two emails to its subscriber base—one in the morning and one in the afternoon. The morning email tested the effectiveness of embedding a live Twitter feed in the email. One version of the email contained a Twitter feed that pulled in live tweets featuring #GivingTuesday and #PetsForLife hashtags; the other version did not. The Humane Society encouraged donors to share their support for Pets for Life by featuring a “click to share” button on its website’s donation confirmation page.

“For Giving Tuesday, because that’s such a big social day, we wanted to try to pull in some tweets,” Nelson says.

Both versions of the email also contained a countdown clock that showed recipients how much time they had left to give upon opening the email.

In terms of which version was more effective, Nelson says that the test was inconclusive. However, the email featuring both the Twitter feed and the countdown clock generated $151,012 in sales with an average order value of $42.33.

The afternoon email contained a desktop and mobile version. According to Heather Gorn, director of The Humane Society’s operations planning and analysis team, the mobile version contained a tap-to-donate button that would pre-populate a phone number that recipients could text “donate” to in order to give.  The desktop version had an “I want to help” button that transferred recipients to an online donation page.

Overall, the organization raised $200,000 on Giving Tuesday that year—about 80% of which was attributed to email.

Grooming the process with victory emails

Shortly after the Giving Tuesday campaign, The Humane Society sent out a victory email on December 7 that shared a rescue story of a dog named Duffy. Like in the last campaign, The Humane Society sent out two versions of this email, one that was personalized with the recipient’s name and one that was not. Both emails contained a call-to-action to learn more about Duffy, as well as a separate call-to-action to sign up for a monthly donation.

The personalized email generated more clicks, conversions, and a higher donation total than the generic email. In fact, it experienced a 12.4% lift in conversion.

In addition to the Giving Tuesday and victory email campaigns, The Humane Society ran a gift donation email campaign from December 4 to December 23—sending one email per week. These emails were sent to supporters inviting them to make a gift donation on behalf of a loved one. When they did, they were given the option to notify the individual that a donation had been made on their behalf with a personalized card or e-card.

The Humane Society ended the 2015 holiday season with a “Last Chance” campaign. The organization sent a series of five emails from December 28 to December 31.

Once again, The Humane Society tested different email components. For example, the first email that was sent on December 28 experimented with different call-to-action phrases. One email included a donation button with the phrase “I want to help animals” on it while the second version contained a button that simply read “donate.” The email with the “I want to help animals” button experienced a 14% lift in conversion. Similarly, an email that was sent on December 31 tested the effectiveness of including the average donor gift versus not including this information. The version that did include this information saw a 75% increase in click-through-rate.

As The Humane Society’s team members looked back on their 2015 email campaigns, they were able to identify some key takeaways. One main lesson for Nelson was implementing more visual storytelling—rather than solely relying on heavy text to convey its message, as it did in the victory email featuring Duffy.

“After that, we definitely tried to pivot to a more visual, image-driven email style,” Nelson says.

The organization’s marketers applied this knowledge to its Day of Giving Campaign in March 2016.

In the month leading up to the campaign, The Humane Society emailed its subscribers stories about different animals and how they benefitted from Pets for Life’s services. Nelson says that the Humane Society wanted to explain the benefits of Pets for Life broadly but illustrate how it helped people and pets specifically.

For example, one email told the story of a cat named Max and how his owners received coverage for an urgent care medical bill after Max was hit by a car. Another email told the story of Sprinkles, a dog that received Pets for Life’s spayed services. Both emails contained pictures of the pets and their owners, as well as a brief story about what the animals went through. These emails also invited subscribers to make an early donation.

On the day of the actual campaign, the Humane Society sent out a series of five emails. Some of these emails resurfaced the stories told in the months leading up to the campaign while others shared new ones. Each email tested different creative elements, too.

“Those who were really paying attention throughout the month may have remembered some of those stories and the familiar faces,” Gorn says, “and [for] those who didn’t, the offer was compelling. You didn’t necessarily have to remember the story, but if you did, it was helpful to reinforce what you had heard before.”

The Humane Society applied some segmentation to this campaign. For instance, Gorn says that the organization segmented people based on whether they were monthly active donors, recent one-time donors, or previous Pets for Life donors and altered the messaging at the top of the email accordingly to thank them for their support and let them know about this new donation opportunity.

Nelson says that the Humane Society also segmented people out as they gave in all of its campaigns. The only difference with the Day of Giving campaign is that people who donated early during the pre-stages of the campaign still received messages on the actual Day of Giving; they just received three messages instead of five.

“As the day went on we didn’t want to harass people who were supporting us so we would segment people out as they gave,” he explains.

The Humane Society supported its email campaign with Web, social, print, SMS, and direct mail channels. This was the first Day of Giving campaign that The Humane Society of the United States had ever conducted. The organization managed to raise $378,000 through its efforts and email was responsible for $306,000. It raised $85,000 through its pre-Day-of-Giving efforts, $210,000 on the actual day, and $11,000 after the event.

After seeing success from its donations-based emails, The Humane Society started applying some of these test-and-learn best practices, including the use of more visual elements, to its advocacy emails. As a result, Gorn says that the organization has doubled the call volume that it pushes to legislators.

One of the biggest takeaways for Nelson was just the importance of testing. And even if a test fails, he says, marketers can still glean results and learnings. As he puts it, “There’s really no idea that’s too crazy to try.” 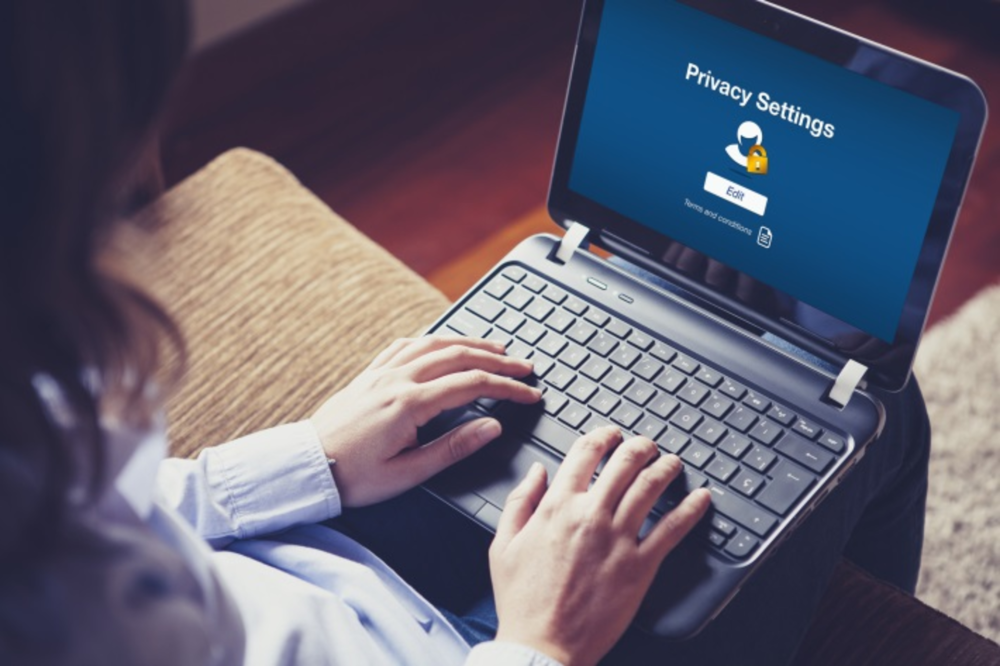 Email is a core communication tool for consumers and, of course, the companies that want to influence and… 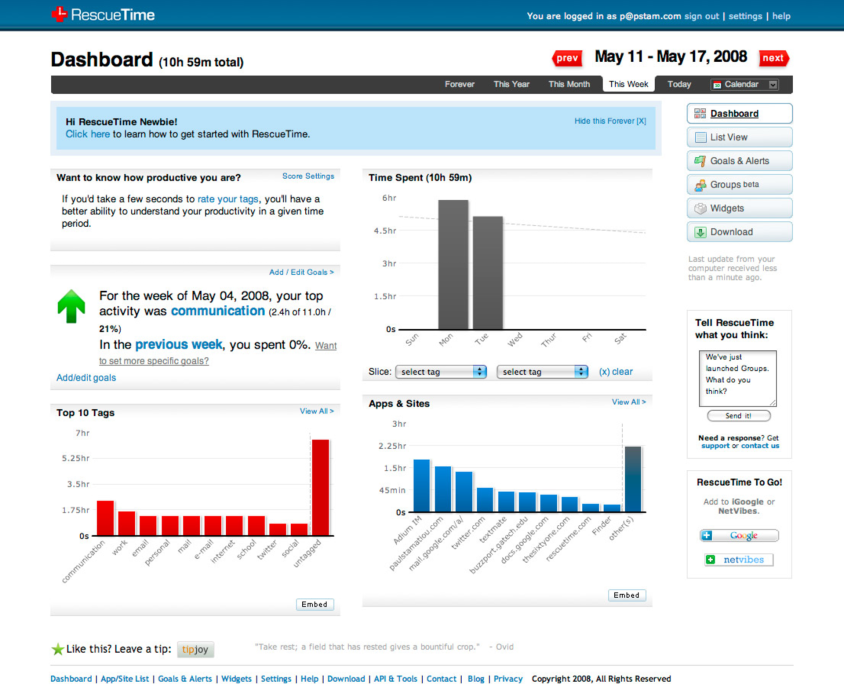 App of the Week: RescueTime 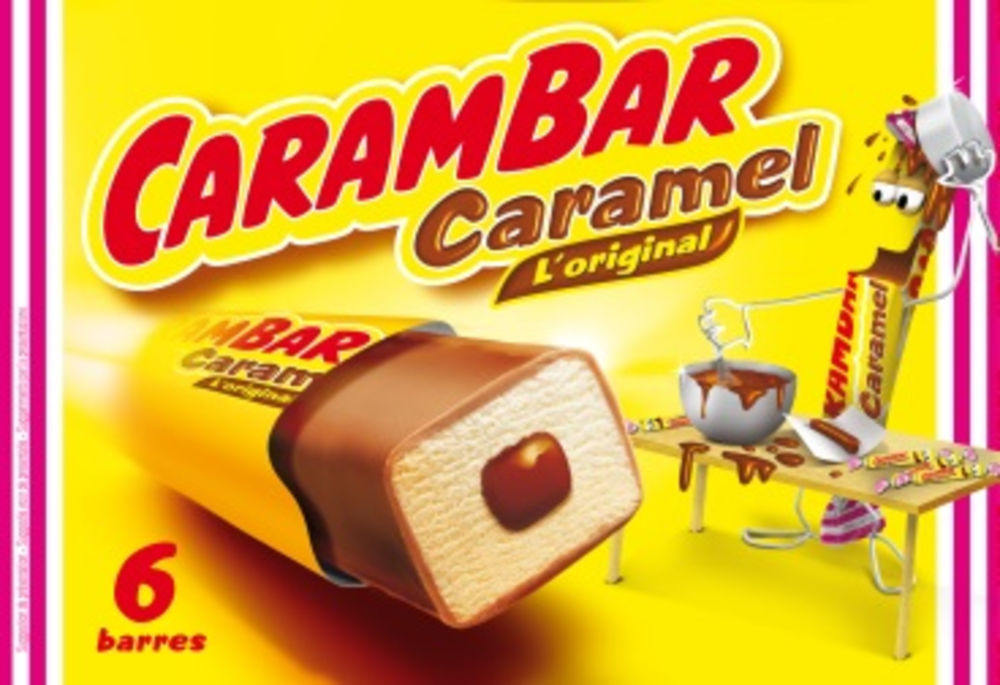 The Background: Sometimes the buzz generated from a word-of-mouth campaign is especially sweet. When well-known French caramel candy…