Spredfast is just getting started

Jim Rudden, CMO of Spredfast, was talking about Goldilocks and the three bears.  Businesses don’t want a social management tool which is too big and complex, or one which is too simple and doesn’t do enough. What they want is a solution which is just right for them. He admits, though, that Spredfast is “a big company value proposition.”

And indeed, it’s truly playing in the big leagues. It acknowledges Sprinklr and Percolate as key competitors, and in April 2015, Forrester listed Spredfast alongside Sprinklr and Percolate as leading the social relationship platform pack. “Marketers appreciate that Spredfast Conversations provides them with advice and insights while they work,” wrote Forrester’s Nate Elliott (The Forrester Wave™: Social Relationship Platforms, Q2 2015).

Spredfast certainly set out to serve needs similar to those addressed by Sprinklr, the subject of an earlier Hub profile. Back in 2008, when Spredfast came together, “big brands were starting to realize that social was going to be a major communications channel.” But back then, said Rudden, social management didn’t seem a forbidding challenge. When the world was simple, Hootsuite or Tweetdeck provided enough functionality to message audiences about different products.

But the rapidly increasing complexity of the social environment soon required the need to scale engagement, which in turn raised issues like workflow, collaboration and approvals, and cross-group analytics. Different verticals evolved different use cases. Some need to be highly responsive in real-time (hotels, for example); others could afford a more measured, less immediate approach (high end retailers). Spredfast Conversations was built to meet this range of needs.

As a social management solution, Spredfast has three main elements. Conversations represents the staple functionality users will look for (not always successfully) in any comprehensive social media solution. It sets up social media managers to listen and engage with relevant conversations across a solid range of partner platforms:  Facebook, Google+, Instagram, LinkedIn, Pinterest and Twitter. It also provides the tools to respond through content. Spredfast’s Content Center, which can integrate with customers’ own digital asset management systems, can be used to curate, share, approve, schedule and publish content. It’s possible to track past engagement, stay alert to current topics, and collect metrics on which content works for which audiences.

Experiences extends content curation beyond social channels.  Pre-configured templates or more elaborate developer tools can be used to generate brand visualizations for deployment not just in social feeds but on websites, ad units, displays–anywhere, in effect, you can find a screen.

If these parts of the tool-kit seem familiar, Intelligence seeks to grab marketers’ attention by bringing precision to audience modeling. We’ve covered Intelligence in some detail in previous blogs here. In summary, allows users to drill down into social conversations, define participating audiences, and intervene with relevant content at appropriate touch-points. It also uses predictive analytics to forecast positive or negative trends in conversations, delivering prompts for engagement. “Social has evolved into the channel where I can target most specifically,” said Rudden. Targeting on LinkedIn, for example, “beats emails and trade shows.”

As Omar Akhtar wrote in 2014: “(Intelligence’s) simple search capability is designed to help non-technical marketers make decisions the way the business intelligence or data science team would. At the very least, marketers can use it as a tool to benchmark their social media efforts and support their investment requests.” This year, Spredfast extended Intelligence beyond its original focus on Twitter, to take in Facebook and Tumblr–with more platforms likely to follow.

When assessing the comprehensiveness of a social media management platform for marketing purposes, it’s worth looking for more than the ability to listen and respond in an organized way across platforms, and report on the results. Integration of content assets with which to respond, and the capacity narrowly to target and track the audience for the response, are valuable features–and Spredfast strives to provide them.  (Comprehensiveness, of course, is not the only thing to look for.)

And yet, if you’re looking for something which really sets Spredfast apart from the competition, you really need to look at another company which built its business eight short Austin blocks away from Spredfast during the same time frame. Mass Relevance found a niche in the Twitter eco-system finding and aggregating Twitter content for large-scale media and entertainment events. It’s the company which put tweets on TV, and which served as a platform for the President Obama Twitter town hall, hosted by Jack Dorsey.

In April 2014, Mass Relevance merged with Spredfast, creating opportunities for brands and agencies to develop real-time digital experiences for customers across all forms of media, and bringing “media DNA” to Spredfast, as Rudden put it. “Working at a strategy level with brands and media companies, we’re starting to see an overlap,” said Rudden. Micro-sites can be built around specific events like the FIFA World Cup or the NBA Finals. Close integration between social media and entertainment or sports events helps preserve and extend the value of the latter to sponsoring brands; converts them into interactive phenomena; and sets the stage for a deeper dive into analytics relating to the audience.

“It’s a collision of audiences, in a good way,” Rudden told me. “We’re just getting started. All our traditional social management competitors do not play in that world.”

Despite covering just about all the social media management bases, it’s wrong to thing of Spredfast as trying to do all things itself. Unusually, it integrates with a very broad base of partners and draws on their specific expertises. Joint customers of Spredfast and Brandwatch, for example, can integrate the latter’s social listening insights. Integration with Actiance aids social media governance. There are also integration possibilities with Salesforce.com’s CRM system, Symantec’s vault for unstructured data storage and organization, and others.

It’s a rich proffer, but one which doesn’t necessarily come without hitches. Some users told TrustRadius that “the platform can be overwhelming for first-time users, and can require some re-orienting as new features are constantly rolled out.” (Buyer’s Guide to Enterprise Social Media Management Software, January 2015). According to the Forrester report, for ease of use “remains far from best-in-class,” citing specific difficulties with collaboration and sharing.

Spredfast’s media DNA might be superfluous to medium-sized businesses (let alone small), but it does view itself as an enterprise-scale solution. But it’s not for all large businesses either; not for those which still “try to treat social as a fourth channel,” Rudden said. Spredfast targets enterprises which put social first, organizationally and in budget terms. If social media isn’t central to company strategy, he explained, you can just use something like Hootsuite to tick the basic boxes.

Spredfast clients are typically companies with revenues of $500 million and above with high growth and a core investment in social. Five years ago, agencies were often the customers; then the pendulum swung to inhouse social management. Now Spredfast is seeing mixed usage, offering permissions for agency users to log into brand accounts (and auditing activity). 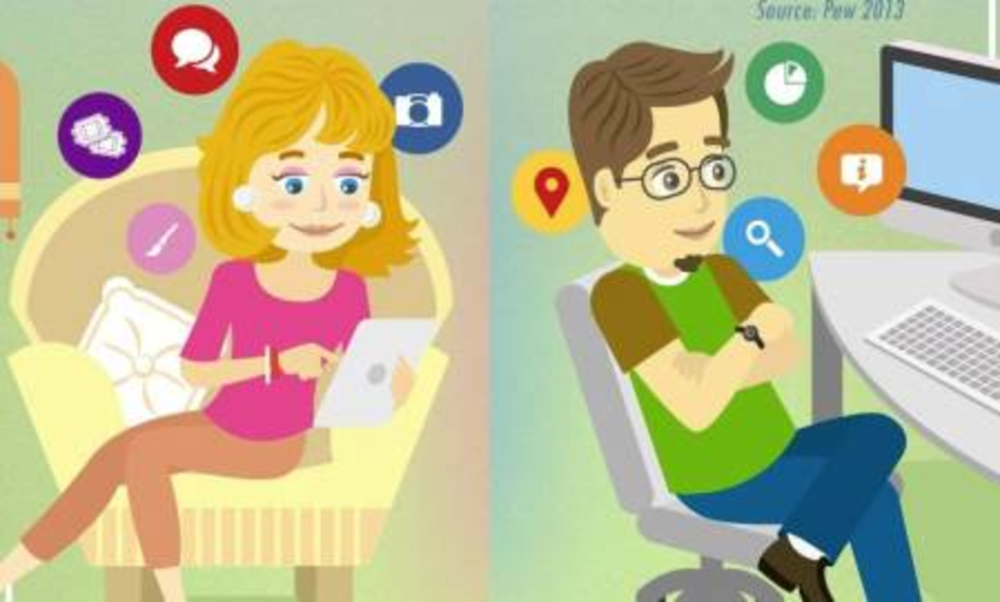 Infographic: How men and women use social media and smartphones differently 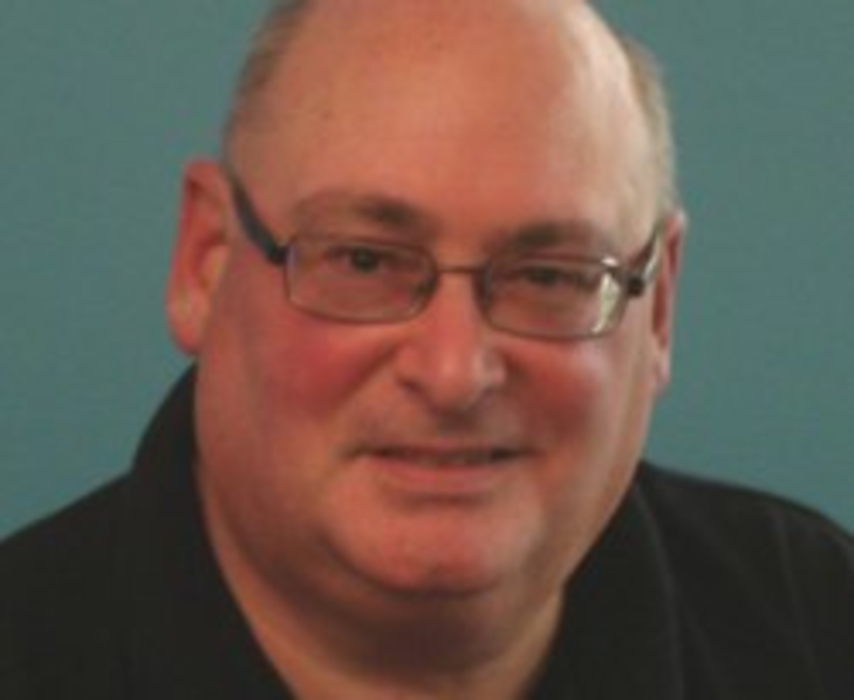 Skepticism rules in the new year 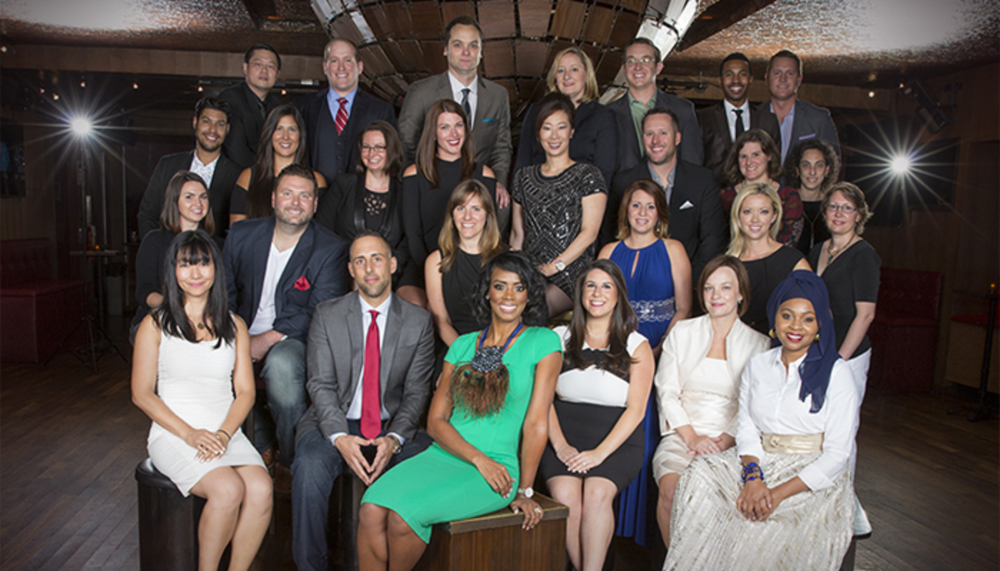 There are as many strategies for marketing success as their are successful marketers. But a closer look at…