Wear it with Pride

M&C Saatchi/Mark designed an educational effort following government reforms to 85 laws involving same-sex couples for Acon, a community-based GLBT health and HIV/AIDS organization. The campaign featured T-shirts with artist-designed illustrations of each reform. Judges praised the agency for turning T-shirt wearers into billboards and for expertly handling a complex issue. “Wonderful art direction that turns people wearing beautiful T-shirts into walking media,” said one judge. “Tremendous work,” noted another. “Outstanding art direction and design.” All T-shirts were sold with a reform explanation and featured a URL to drive people online for more information. On a budget of $53,000, the campaign delivered an ROI of 6,126%.

Draftfcb’s New Zealand team devised a billboard concept featuring movable magnetic letters, like the ones used on refrigerators. It aimed to provide ultimate flexibility for appliance, computer and electronics retailer Bond and Bond, which is prone to change pricing and products on very short notice. The billboard was placed directly across the street from a Bond and Bond superstore, and the letters were rearranged whenever necessary to spell out the retailer’s weekly pricing and products. “The billboard acted as a giant and very colorful call to action,” the agency said. “It was a charming way to react to constant price changes, and very different to the traditional retail hard-sell.” In addition to garnering plenty of praise and attention from both consumers and industry colleagues, the campaign also delivered great results for Bond and Bond. Foot traffic increased 7.2% and sales of laundry and refrigeration appliances were up 17.7% for the month of June 2010 compared with the prior month.

By giving the public free rides to a Tim Burton exhibition in a carriage driven by a headless horseman, this campaign gave ACMI an edge in the competitive arts market of Melbourne, Australia and helped propel record breaking attendance numbers. “The gothic carriage drew inspiration from Burton’s macabre and odd sense of humor in films such as Sleepy Hollow,” the agency explained. “Not only did the carriage create a visual spectacle around Melbourne, it also gave people a taste of what to expect at the Tim Burton exhibition.” All of the rides were free, providing additional incentive to families looking for entertainment while staying on a budget. Judges loved the effort, calling it “very clever,” an interesting “eye-opener,” and a “great way to demonstrate the show and to create audience participation.” It became the most successful exhibit in ACMI’s history, drawing record opening week attendance of 23,150 people. A previous daily attendance record of 3,603 was also beat when the exhibit attracted more than 4,227 people in a single day.

Poignant and powerful handwritten letters from soldiers who fought in Japan inspired this outdoor installation that helped TV ONE attract enormous viewership of Steven Spielberg’s series The Pacific. Hundreds of copies of realistic replicas of the letters with photos were posted on a 20-meter wall in central Auckland. Letters featured the line: “Millions of stories. One epic storyteller,” and they were free for the public to read and take away. “A nice, simple idea,” said one judge.

The Value of a Coin

This 24-hour ambient action campaign on Human Rights Day raised funds and awareness for Switzerland-based NGO Terre des Hommes. The campaign targeted men in restaurants in Basel, confronting them with information about starvation in Tanzania. The idea that small change can make a big difference was stressed by noting that the target audience didn’t need to pick up stray coins in order to live, and that they could donate them to those in need.

This team wanted to strengthen the relationship between members ofW the Sydney, Austraila, ad community, so it devised a way to bring everyone closer together — much closer. It invited direct marketing professionals to a bar that’s a mere 3 yards by 10, appropriately named “Small Bar.” Two posters parodied Bernbach’s famous “Think Small” and “Lemon” advertising for Volkswagen. A total of 76 ad pros squeezed in before everyone was kicked out. 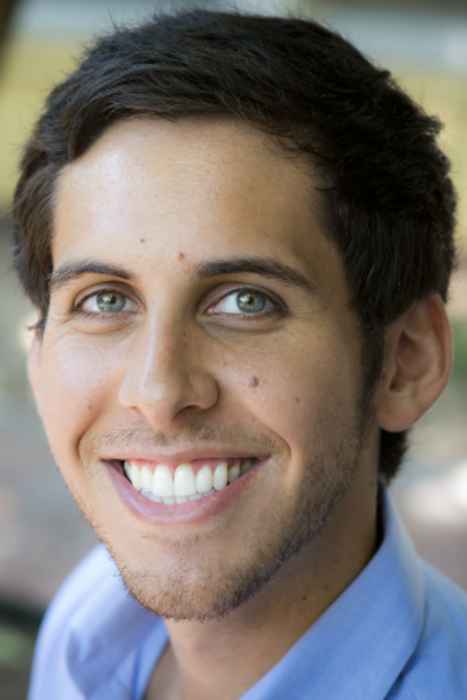 Three years can be an epoch in the fast-changing world of social media marketing.  Just ask Gabriel, who…