Is it possible that we now have too many ways to reach customers? Individuals are connected to global networks around the clock. An eMarketer study found that the average adult spends more than five hours per day engaged with digital media—more time than is spent in front of the TV. Traditional marketing channels from billboards to cold calls continue to reinvent themselves and retain their place in the marketing mix.

Choice is liberating, but it can also be oppressive, and matching the right medium with the right message is only going to get more complicated. “Back in the late 1990s people thought we had channel fragmentation,” says George Corugedo, CTO of marketing software developer RedPoint. “They had no idea what was coming.”

The good news is that strategy and data analysis have evolved to the point where marketers can make informed decisions about the best channels for their target audiences. The bad news is that the ability to optimize the channel mix is going to be table stakes in the ever-escalating competition for customers’ attention.

Here’s how to design a channel mix that delivers.

HAVE THE RIGHT MINDSET

Don’t follow the crowd. Energy snack maker Perky Jerky competes with global CPG brands that can dominate the airwaves and drown it out in conventional media. The brand’s goal is to highlight its taste advantage, so Perky Jerky focuses marketing efforts on getting physical samples into people’s hands. The sample bags are emblazoned with QR codes provided by NeoMedia, which guide consumers to the next step in the customer journey. “We can’t do a massively large traditional media campaign, so we spend just about everything on mobile and social that leads to sampling the product and then converting to a purchase,” says Brian Levin, chairman of Perky Jerky.

Know where your audience is. The population of high school students in the Midwest is in a demographic trough, so colleges such as University of Wisconsin–Stout have been competing for a shrinking audience. “The dip started in 2006 and we are expecting it to last two more years,” says Melissa Perez, marketing coordinator for the school’s undergraduate admissions office. Realizing that the single mailer that had been part of its prospect campaigns wasn’t enough to grab and hold the audience, UW-Stout added text messages, lifecycle emails, and hand-tailored postcards to remind high school students of upcoming visits by admissions counselors. The school was rewarded with a 107% increase year-over-year in high school student appointments.

Get a view across channels. Optimizing the channel mix requires cross-channel insights. It’s impossible to understand relative performance if data and strategy for each channel are walled off. Public broadcaster WGBH revitalized its fundraising and is staying ahead of budget projections by linking its channels. “We were siloed,” says Cate Twohill, senior director of technical product development for WGBH. “Now, we use our broadcast inventory to promote local events and drive traffic to the website, where we can capture more information on landing pages and better track what [donors] are doing.”

Commit to a program of continuous evaluation. “The worst channel mix optimizations are done by the organization every year or two—turn TV down, turn paid search up, come back in another 12 to 24 months and do it again,” says Conor McGovern, managing director of Accenture Digital. “That is not the path to success.”

Don’t abandon a winning strategy, even if it feels quaint. SAP’s global VP of product marketing Jamie Anderson points to a successful Las Vegas casino which, despite a sophisticated loyalty program with extremely detailed real-time data, doesn’t do any digital marketing. Personalized printed mailers are its chief stock in trade. “They understand that the customer already receives hundreds of emails executed by great marketing automation systems,” he says. “The CMO told me that they want to send customers things they will pin to their fridge, something tailored and relevant, so direct mail is their biggest and most impactful channel.”

Test email frequency. Email may be noisy, but it’s virtually free. B2C buyers in particular have come to expect a steady hum of communication. Rather than fret about fatigue, run tests to determine whether your spigot is active enough. “All of the ‘mainstream mall brands’ have gone to a daily email stream, so consumers expect a daily campaign,” says Ross Kramer, Listrak CEO.

Get found. Search marketing is a low-conversion grind and always will be, but it remains a crucial channel for capturing active buyers. Jake Sweeney Automotive of Cincinnati focuses its digital advertising budget on search engine marketing, reflecting the modern consumer’s wide, multi-source path to a vehicle purchase. “We still have our traditional roots and a lot of TV and radio advertising, and that’s the usual path the shopper takes: seeing the ad on TV or hearing it on the radio, then doing a search,” says Sarah Sweeney, the dealership’s e-commerce director. The dealership converts about 2% of search engine marketing (SEM) displays—in line with the digital industry average. And even that average flow is vital to keeping the sales pipeline moving.

Looking for the complete 2014 Essential Guide to Omnichannel Marketing?

Don’t use a channel because you “should.” If you’re spending in a channel just to reach an arbitrary goal or check a box, you’re probably wasting time and money. One of the latest traps has been brands making a push for a large number of Facebook fans, often attracted by giveaways in exchange for likes. “It was a common brand goal, but a lot of [likes] were bought and you can usually see bought ‘fans’ quickly—you see [demographics] that don’t look like they make sense for your brand and have zero engagement rates,” says John Andrews, CMO of agency Ignite Social Media. “I’d rather have 10,000 highly engaged fans than one million fans who don’t care and are going to hide me in their newsfeed.”

Devise a social media strategy strong enough to weather rapid changes in pricing and access. Leaving it on autopilot could cost you customers, or drain your budget in a hurry. “Overnight, Facebook flipped a switch, and a post that the week before would have been seen by 50,000 people gets 5,000,” Perky Jerky’s Levin says. “A year ago it was far and away the most important outlet we had. Now, Facebook is not as valuable as it was, not as exciting as it was…now it’s almost irrelevant [for us].”

Don’t allow flawed attribution to kill off non-digital channels. Digital channels have a huge advantage because it can be easy to track conversions, but marketers can’t lose sight of the overall customer journey. “It’s hugely important to understand interplay, such as that between TV and paid search, and not just do last-click attribution,” Accenture Digital’s McGovern says. “You need a multichannel, multi-activity view of the world, because that’s how consumers respond to messages.”

Ride the innovation. New channels will turn proven strategies on their heads, so be prepared to test and learn. Perky Jerky embraced the Ibotta app, which inverts the retail coupon model by providing customers with instant rebate offers. “For something like that to be compelling to a brand marketer it needs a critical mass of users, and they’re not there yet,” Levin says. “But the results we’ve seen early on are awesome, and I’d spend as much as I could with them if they could deliver a larger audience.”

Embrace texting. The opt-in requirements are stringent and the penalties for missteps are high, but don’t let Telephone Consumer Protection Act (TCPA) developments scare you away from the text message channel, which remains one of the world’s most popular, immediate, and universal channels of communication. “It’s only a 160-character payload, and a lot of that is legalese, but for deliverability nothing beats SMS,” says Dan Smith, VP of product at marketing platform vendor Outsell.

Use social to create opportunities for targeting. Cisco has hundreds of thousands of followers each on Twitter, Facebook, and LinkedIn with broad brand marketing directives. But not all social programs are about the broadest reach. The company’s social media group recently launched a Tumblr aimed at a relatively small audience of media members and tech influencers to support an innovation outreach campaign. The platform gives Cisco the desired mix of visual and textual storytelling. “An image often captures somebody’s eye more than 140 characters, and it opens up a different audience than Twitter,” says Joie Healy, Cisco’s senior manager of social media communications. “Tumblr let us build from a snapshot to tell a story.”

Track results. An effective channel mix requires an unflagging dedication to analysis, and understanding how each customer contact is reflected in the bottom line. “I ask new hires what percentage of new sales went through marketing at their previous firm,” says You Mon Tsang, CMO of social agency Vocus. “If you can’t answer that, especially as a senior person, two years from now you will not be a credible marketer.”

Looking for the complete 2014 Essential Guide to Omnichannel Marketing?

10 Facts That Holiday Marketers Need to Know to Succeed

Holiday shopping season is in full effect. For many retailers the sales garnered during the holidays make up… 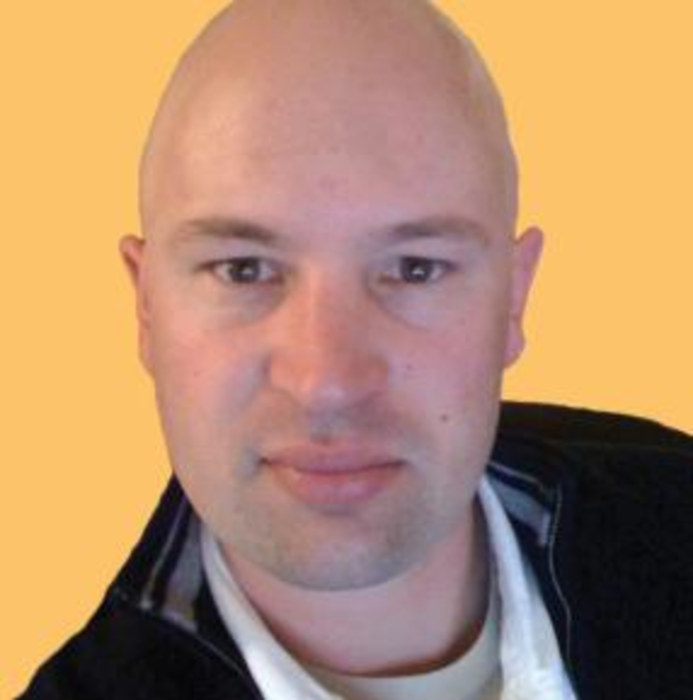 Over the last year, visual discovery platform Pinterest (don’t call it social media) has rolled out a series of…