Anyone familiar with the start-up phase of a company knows that many roles are one-person jobs. The concept of teams doesn’t take hold until later in the life of the business. For marketers, those early one-man-show days can be challenging, especially given the complex role that marketing plays these days, and the prevalent misconceptions of the practice in today’s media landscape.

Daniel Rodriguez, VP of marketing at Seismic, was one such marketer. He began at the company as the sole marketer, a team of one, and has grown his department to 20 individuals in just four years.

We caught up with Rodriguez this week to discuss life as the only marketer at a new company, and how he was able to grow his team so fast.

Perry Simpson: How did you get started at Seismic, and how did you grow the marketing team from one to 20?

Daniel Rodriguez: I joined Seismic just about four years ago. At the time we were a lot smaller of a company, so part of the story of growing the team is a story of the growth of the company. When I started there were 10 folks at the company. There was no one full-time doing marketing until I joined. We were prefunded, and had about a dozen customers. As we sit here today, we’re quite a bit bigger. We have just about 280 people at the company, we have about $30 million in revenue, and we have about 200 customers. We’ve grown a lot, and as we’ve grown, the needs to support what we’re doing from a marketing perspective evolved.

Rather than thinking of just going from having a marketing team of one to a team of 20, it goes in stages. The stages are built around the way people buy. We didn’t need to have customer marketing at the very beginning because we didn’t have very many customers. In a growth orientation, you really want to overweight the lead generation functions in marketing, and underweight some of the things you’d do as a more mature company. That’s really the way we thought about building out the team. My first hire was someone who could help us create marketing content so that we could execute a lead gen strategy through content marketing efforts. We were using HubSpot for marketing automation, and needed high quality content to fuel it for our prospective buyers to generate leads. That was where we started.

We’ve built the team from that starting point to include several people that are helping execute on those content marketing efforts. We have an events strategy, and someone running what we’re doing on that side. There’s an entire team of people working in a product marketing capacity. We also have an account-based marketing effort, so we have people on the team who are dedicated to going after targeted, named accounts. And then we have a customer marketing effort. So, the way we’ve built [the marketing team] is a reflection of the funnel itself.

So, going back to those early days, were there any challenges in trying to convey your needs as a marketer for a growing company to upper management?

Yeah, I think a very common challenge that marketers have is trying to explain the benefit they have to the organization, and the importance of what they’re doing. I took the approach of something I learned from my time in business school, where I had the benefit of guest lectures from the founders of HubSpot. They said, “At the early stages of the company, you’re either building the product, helping to sell the product, or you’re getting in the way.”

I knew that since I wasn’t at [Seismic] as an engineer building the product, I really needed to communicate my benefit to the organization in terms of selling the product. So, having an emphasis on the brand or on colors would not help me to communicate how I was helping us to sell. And that orientation around selling is one I’ve been continually refining. Early on it was “I will help you generate leads,” and that was a great benefit to the organization, but then eventually, as the only number you get to communicate out to the company is revenue, I started realizing it was very important that we could communicate the revenue impact. So, rather than talking about how many leads we generated, it was about how many dollars we were contributing to the pipeline.

That’s a common mistake I think a lot of marketers make. They don’t get close enough to the revenue number. The closer I got to it, using measuring, proved that what I was working on was actually moving the revenue needle. That’s how we were able to get more budget, and were able to improve headcount. And I’ll have to give [Douglas Winter, CEO of Seismic] some credit here.

The approach that I had, and that he bought into, was that we need to understand what is going to drive revenue, and we won’t know unless we try. We need to have quick analysis of what’s not working. We need to be able to fail, and stop failing immediately once we realize it’s not working. In that first 12 to 18 months, we had a really solid idea of what was working.

Sounds like a lot of work, a lot of stress.

No, I would say it’s probably the most fun I’ve had in my career. I used to work in the finance space, and in the consulting space. In both industries, we’d make decisions and put things into place that would take years to play out. That lack of a feedback mechanism drove me crazy. I wouldn’t say it was stressful, but it was unrewarding. [My Seismic experience] gives me a ton of feedback on what’s working, and allows me to continually hone things. It keeps things fresh, and keeps you on your toes.

What tends to happen with a lot of marketing strategies, in terms of going through channels to reach people, is that the channel gets saturated over time. Where email may work, maybe it gets too saturated. Where paid search may work, maybe those terms get too expensive. Maybe direct mail worked, but it became too saturated, so everyone stopped doing it. But now direct mail is cool again because not very many people are doing it. I think there’s a natural cyclicality to [channels].

So, when you’re in this process on what to experiment with, how do you determine the degree to which you experiment?

Actually, I think a lot of times marketers are trying to pay defensive around being able to explain whether or not they are doing something their boss may have heard of. I use Snapchat as an example. It’s become so ubiquitous for younger demographics that the question becomes ‘What’s your Snapchat strategy?” As if it’s a foregone conclusion that regardless of what you sell, you should be doing something on Snapchat to interact with your customers.

I caution against starting with the distribution channel (Snapchat in this case). Instead, start with who you’re actually selling to, then go to what questions they have in their journey toward buying. Then make sure you create content that answers those questions. Then, and only then should you determine where that stuff should go. And where that stuff should go is, again, based on who you’re after.

In our case, because we sell an enterprise software to large companies, these folks tend to use social media that often, and definitely not to look for information on solving complex business problems. They might use Snapchat to interact with their child in college, but that’s not the same.

It might even be inappropriate to have your ad pop up in that environment.

What are some of the experiments and successes you’re most proud of?

I’m very proud about the contribution marketing [here] has to the revenue engine. We’ve been doubling our revenue each year for the last five years. Marketing’s contribution to that revenue has been consistently about 25%. There’s a ton of pride around that, and we’re doing it in a very capital-efficient way.

Another one is the alignment we have with marketing and other parts of the company. I like to say that marketing isn’t a department, it’s a discipline. The way that we collaborate across the organization is incredibly important. It’s not too much to think of marketing as the tip of the spear, in terms of messaging, and the glue that hold the rest of the organization together.

I’m guessing attribution is very important to you then? How do you go about making sure marketing’s efforts at Seismic is properly attributed?

Fortunately for marketers, we have more ways of showing attribution than ever before. It will depend on the way that you sell though. In our case, because we have sales people, and can see the way our material is being used by our salespeople, it’s kind of a foregone conclusion that marketing touches every deal that is closed. There’s either a website visit, or going to an event, or multiple pieces of sales collateral.

I’m not particularly concerned with trying to prove attribution. I’m more concerned that we know where it’s worthwhile to spend our money on that first touch. The starting part of the conversation is always the hardest part. We have a fair amount of focus on making sure we get that first touch attribution correct. 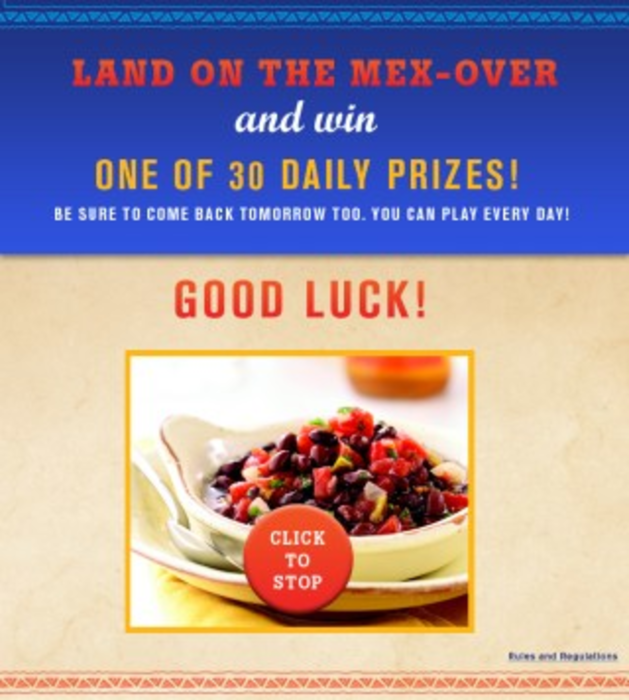 The Offer: Aiming to boost the usage of its products beyond special events and celebrations like the Super… 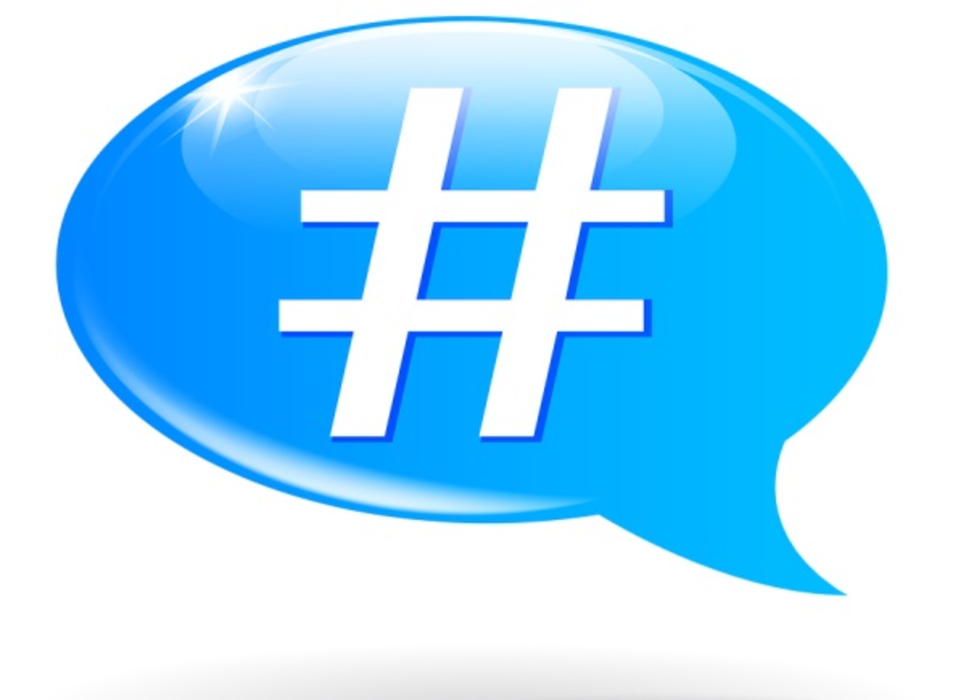 Most everyone has seen them by now: hashtags. Today hashtags go beyond the boundaries of social media and…

The CDO’s Role in Marketing 2.0

At the 10th annual MIT Chief Data Officer and Information Quality (MIT CDOIQ) Symposium, the evolution of the…