Lead generation is a tricky tango to master. Many marketers sway back and forth between delivering content that engages prospects and sending pitchy information that turns them off. But if marketers let data and analytics take the lead, they can use customer insights to attract the right prospects, boost overall engagement, and increase marketing ROI. In fact, 51% of CMOs and senior marketing executives list obtaining greater audience insight as a top priority for lead generation within the next 12 months, according to MarketingSherpa’s “2012 Lead Generation Benchmark Report.”

“I think the biggest misconception [marketers have about Big Data and analytics] is that they need data scientists and a bunch of Ph.D.s to do it,” says Brian Kardon, CMO of analytics provider Lattice Engines. “Right now marketers are using Big Data every day.”

Marketers should use data to maximize sales during peak business seasons. Amy Fitzgerald, VP of marketing for wedding venue locator Ever After, alters her budget to do just that. Finding a wedding venue often occurs 10 to 12 months before the wedding. With the majority of grooms popping the question between Thanksgiving and Valentine’s Day, Ever After sees a 40% surge in venue searches from December to January. So, the company increases its direct channel marketing spend by 50% for January and February, Fitzgerald says. On the flip side, Ever After cuts its marketing spend in half during the holiday-centric months of November and December.

“Lead generation requires understanding where the customer is in his decision making process and then investing appropriately at that particular point. You don’t want to invest too early, and you don’t want to invest too late,” says Charlene Li, founder of research firm Altimeter Group and author of Open Leadership. “Understanding where they are in that process is half the battle for lead generation. Being able to catch up to that very dynamic customer is the second challenge. And the third challenge is, once you’ve caught up to them, know what the right thing to say is.”

To gauge where their brides- and grooms-to-be are in the wedding planning process, Ever After primarily uses event and online marketing tactics, including bridal shows, organic search, and specific landing page URLs (a page for a Southern California venue may have a phrase like “San Fernando Valley” or “Orange County” embedded in its URL). The company also features pictures of its wedding venues on Pinterest, which, when clicked on, direct customers to that venue’s landing page.

Once Ever After has captured the interest of a potential customer, the brand can collect information about the couple and the wedding, such as budget and the estimated number of guests, through a customer quote request form. Ever After will then nurture the customer by following up via email or phone (depending if the prospect provided a number) or an in-person appointment to gain a deeper understanding of the customer’s wedding venue expectations. The wedding venue specialists will then search through its database of wedding venues, which range in price from $1,000 to $100,000, and find a location that matches the couple’s needs. Fitzgerald adds that an Ever After venue specialist will sometimes accompany a couple to look at a venue and even guide couples through the contract negotiation process.

“A lot of it is educating them on the process and actually setting some realistic expectations,” Fitzgerald says. “Hopefully this is their first and last wedding, so it’s a really high-touch process.”

For jewelry retailer Alex and Ani, the problem isn’t just seasonality; the company must also market to a buyer who isn’t always the end wearer, notes Ryan Bonifacino, the jeweler’s VP of digital strategy.

Consequently, Alex and Ani scores leads based on open rates and click-throughs, and then is precise when sending emails designed to entice a purchase. For instance, Alex and Ani isn’t going to target women for Valentine’s Day. Instead, its creative targets boyfriends and husbands.

Make the most of what (customers) you have

How prospects view a company greatly influences lead generation tactics. For example, the 2013 Super Bowl champion Baltimore Ravens—which in recent years has been one of the most successful teams in the National Football League—focuses on retaining its season ticket holders. Conversely, the Buffalo Bills, whose last playoff appearance happened in 1999, uses demographic and past purchase data to score new season ticket holders.

“At the end of the day, in sports, we’re all selling hope,” says Baker Koppelman, VP of ticket sales and operations for the Ravens.

For the Ravens, Super Bowl 47 isn’t the team’s only recent victory. The two-time Super Bowl champion also has an impressive track record when it comes to customer retention. Koppelman says that less than 1% of the Ravens’ season ticket holders don’t renew. And for those who choose to give up their golden tickets, approximately 2,800 fans are on the wait list ready to take their spots. “Even at 2,800 it’s going to take potentially 30 years to get a ticket,” Koppelman says.

Consequently, instead of playing offense and focusing on attracting new customers, the Ravens take on a more defensive role and concentrate on keeping those elite season ticket holders by tracking payment cycles.

“To me, [lead generation] is all about relationships that you have with your customers. Make them disciples for you,” Koppelman says. “It brings people to the table who are sincerely interested versus us trying to sell them.”

Unlike the Ravens, the Bills look to single ticket holders as potential leads for the more profitable season tickets—targeting fans who’ve seen one or two games per year, who have enjoyed their experience, and who may want to upgrade to a season ticket. Marc Honan, SVP of marketing and broadcasting for the Buffalo Bills, says he’s gotten some of the strongest leads from customers who meet these criteria.

In addition to analyzing previous ticket purchases, Honan says that the Bills rely heavily on demographic data, as the majority of game attendees originate from Buffalo and Rochester, NY and South Ontario, Canada.

“We’re fortunate that we’re part of an organization that has a great tradition (ed: the team went to four consecutive Super Bowls between 1990-1993), and there’s a lot of passion around this team,” Honan says. “Our fan base has stayed pretty consistent and pretty strong throughout our history, [but] there’s always the normal absent flows of business.”

However, because season ticket pricing for the upcoming season isn’t finalized by the fourth quarter, the emails provide fans with introductory information on how they can purchase season tickets, but not pricing. These fans are then assigned a sales representative, who maintains “an open flow of communication” with them and informs them of team initiatives throughout the year. After the promotion, Honan says the Bills will run its general season ticket campaign until the team plays its first preseason home game.

To keep its customers engaged year-round, the team also provides content through email, social media, and its website, buffalobills.com. This engagement provides customers with value, rather than a stale sales pitch.

“From a consumer standpoint, you don’t want to feel bombarded [and] you don’t want to feel overwhelmed by the messaging,” Honan says. “It’s important that when you’re communicating to your fans you’re [offering] them something more than just the standard promotional message. So whether you’re providing them unique content or you’re giving them opportunities to win prizes, I think it’s important that your messaging offers something back to your fan.”

All prospects are not created equally

As direct marketers well know, the diversity of customers means marketers must segment their audiences to provide value.

“Everyone thinks that marketing has moved all left-brain, all logical, and all numbers, but in fact, a human being has to figure out how to treat different kinds of customers [differently],” Kardon says. “All customers aren’t created equal. Someone who’s much more likely to buy or a current customer should be treated quite differently.”

For instance, Confio Software, a provider of database performance tools, segments its lists and outbound marketing techniques primarily based on what type of database platforms its prospects are using. The goal is to make its messaging more relevant. Upon getting a list from its data partner NetProspex, Alisa Goldschmidt, senior marketing programs manager at Confio, segments each list by tagging each record based on information provided, such as title and database platform, and enters them into the database before sending any messages. She supplements her list with information from live events that prospects have attended, which adds a value that Goldschmidt says she can’t get from simply purchasing a list.

The first step is uniform among almost all prospects. Goldschmidt assumes that every lead is unfamiliar with Confio, so all of the company’s initial marketing messages provide an introduction to the product, as well as an opening value, such as offering Oracle customers a free trial or notifying SQL Server users of an upcoming webinar. The ultimate goal in this early phase, Goldschmidt says, is to encourage prospects to download a free product trial, because those who do are “highly likely” to purchase the software. For example, 32% of leads that download a free 14-day trial of Confio’s database performance monitoring tool Ignite turn into sales opportunities. Of those, 20% convert into closed deals.

After the introductory communication, leads will receive a score that is dependent on their behavioral and demographic data—such as if the prospect provides a personal email address instead of a business email address, or if the prospect attends an event. Goldschmidt says this scoring helps her prioritize the leads. Once the scores are high enough, she hands the baton off to the sales department, which will nurture the leads through phone calls or personalized emails. Goldschmidt says that she’ll also continue to market to those leads and provide them with valuable content, such as whitepapers and invitations to webinars.

“[If I didn’t have that data], I would be sending out much more generalized messages that did not speak specifically to the challenges of the specific database platform,” Goldschmidt says. “I don’t think my messages would be as engaging or as relevant to the specific person.”

Ultimately, successful lead generation isn’t just about what data marketers have on hand; it’s also about how they analyze and apply that data to generate insight that can increase the impact of their lead gen efforts. Understanding customer and prospects’ attributes and value can improve segmentation, for example; tracking their behaviors can help marketers respond with the right message at the right time, nurturing leads through the funnel. This all helps marketing stay in synch with its best partner—sales—to close the deal.

Targeted e-mails are better than batch and blast. One way to target and make things more relevant is… 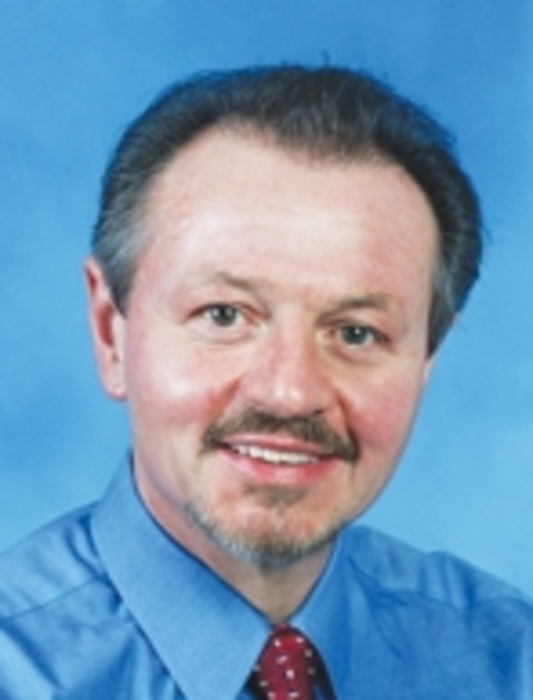 SOCIAL MEDIA How can I best measure my company’s social marketing initiatives? “In a perfect world, your company…