Software firm Arcavista Corp. claims it has the answer to customers' increasingly cluttered e-mail boxes — deliver the message through a separate icon on their computer screens.

Dubbed Communicator, Arcavista's product requires end users to install software that places a branded icon on their computers — not always the easiest proposition.

But once the software is installed, whenever an Arcavista customer such as a business-to-business marketer or retailer has a new message for its resulting network of most-loyal customers, the icon blinks. Arcavista claims Communicator achieves an average 89 percent open rate.

However, its executives aren't promoting Communicator as a replacement for other marketing channels.

Arcavista is positioning Communicator mainly as a loyalty, upselling and cross-selling tool, but it also claims to have found a market in the dissemination of investor relations information and from companies that want to use the icon to alert employees when they have internal information to relay.

It is also a tool to keep in contact with hard-to-reach customers. For example, OsteoImplant Technology Inc., a maker of artificial hips and orthopedic products, is embarking on a program to get surgeons to install OTI's icon on their computers.

OTI says it has developed a revolutionary artificial hip that surgeons can implant with a minimal incision and have recipients walking normally within a day.

“This is totally new patented technology. This is a mini-incision product, which is a hot button today,” said Ian Murray, CEO of OTI, Hunt Valley, MD. “The key thing is they'll be interested in the mini-incision, they'll call [OTI] and our salesperson will convert them to other products.”

OTI thinks Communicator also will save it a lot of money on printed collateral that it won't have to create for orthopedists who install the icon, and on unsuccessful field sales calls to these hard-to-reach customers.

Whenever OTI has a new product or development, it can alert surgeons in its Communicator network and deliver the collateral electronically. Ideally, the surgeons who want to learn more about a product or service touted through the network will call OTI.

“When the icon flashes on the screen, they'll go to it because they know we're in the forefront,” Murray said.

To get surgeons to install the software, OTI produced more than 35,000 CD-ROMs containing product information, customer testimonials and the Communicator. It had 33,000 bound into Orthopedics Today, a monthly newspaper, and sent 2,600 by direct mail to a list of orthopedists.

Another 600 CD-ROMs were to be passed out at OTI's booth at the American Academy of Orthopaedic Surgeons conference Feb. 5-7 in New Orleans.

Murray said he was unable to quantify the number of orthopedists who had installed Communicator, or OTI's goal for the effort.

“The reaction so far from what we've done, however, has been pretty hot,” he said. “This to us is pretty much an experiment, but we estimate that at a minimum, we'll get 1,000.”

Communicator also can be delivered through Web sites and via e-mail.

Arcavista charges a $30,000 yearly licensing fee, then 4 to 10 cents per message transmitted depending on volume. 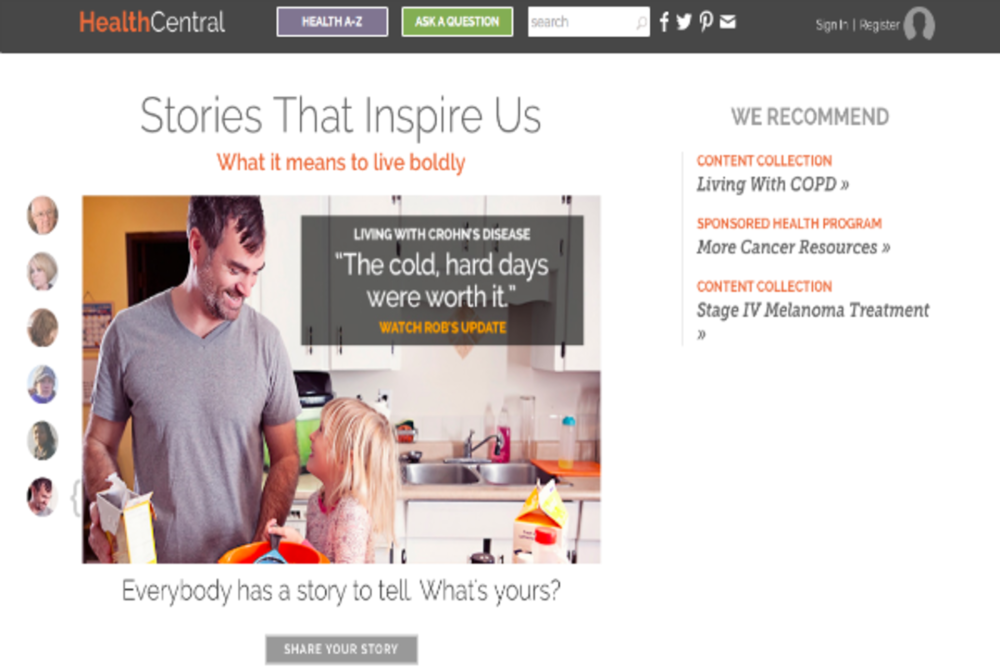 Storytelling Proves to Be the Perfect Prescription for HealthCentral.com

Finding new ways to engage audiences can be an ailment for any marketer. Health resource HealthCentral.com found its…