Television footage featuring adorable dogs, cats and other household pets elic­its an emotional response from nearly everyone. So it’s no surprise that direct response television (DRTV) has come to play a major role in the marketing strategy of the American Society for the Prevention of Cruelty to Animals (ASPCA), which relies on one-time and monthly donations to fund programs related to animal-assisted therapy, animal poison control, animal cruelty, humane education, legislative services and shelter outreach.

“DRTV is successful when you take a highly complex and emotional problem and offer a simple solution that passionate people can do on their own,” says Steve Froehlich, senior director of direct response at the ASPCA, which has raised more than $40 million since its DRTV program launched in February 2004.

However, as television viewer habits evolve and the focus on the Web increases, the DRTV medium has shifted from the days when view­ers watched late-night infomercials and called a toll-free number in response. For example, view­ers may watch a DRTV spot on TV and then contribute online or purchase in a retail store, which means marketers have had to change up their DRTV strategies.

“There’s not just one mode of response [any­more],” says Loreen Babcock, CEO of agency Unit 7, which handles a wide variety of DRTV programs. Dealing with multiple call to action options can be challenging, she adds: “We have a pretty good feel for the benefit of having more than one type of communication, but not neces­sarily the frequency and the timing.”

Michelle Cardinal, CEO and president of Cmedia, agrees that one call to action just isn’t enough anymore — today’s DRTV campaigns must also drive to a URL. “You won’t survive if you don’t understand that it’s no longer just about 1-800 numbers,” she says, pointing out that DRTV and the online channel used to be on “different planets.” Now, she explains, “[companies need] to bring them together to see how they complement each other.”

Froehlich has seen this firsthand, as the ASPCA’s DRTV program has evolved since its inception. “There’s been a lot of crossover and multichannel fundraising going on,” he says. But the length and target audience its DRTV spots have also changed significantly, because of the changing television space, proliferation of channels and shifting viewer habits.

The animal welfare organization started out with 30-minute, long-form DRTV spots that ran regionally, mostly in overnight time slots. “[Long-form offered] a better opportunity to con­nect with people about the reasons for becoming a monthly donor,” Froehlich explains. “The monthly donor ‘ask’ is somewhat complicated to do in a short amount of time.”

But Jack Kirby, president of e-commerce at Euro RSCG Edge, says that advertisers are gravi­tating to short form DRTV — spots between 30 seconds and 2 minutes long — because with so many different channels, ads can be in more places at once and time slots can be better opti­mized. “Today, [advertisers] need to know what their ROI is for their media dollar and they demand accountability,” he says.

Short-form programming, however, can create problems for one of the most important compo­nents of DRTV: the call center. “When you’re airing long form at 3am, you might get 15 to 30 calls over 30 minutes,” Froehlich explains. “Because the spot is inexpensive, you can reach a scalable point by buying dozens and dozens of spots. But, with short-form, you’re spending upwards of $15,000 on one spot and all the calls are coming in 90 seconds or less.”

The ASPCA’s move to short-form DRTV came late in 2004, when its humane law enforcement officers began to be featured on the Animal Planet series Animal Precinct. Few half -hour blocks were available on the cable network, but the media exposure from the show gave the ASPCA the national leverage it needed to enter the world of short-form DRTV.

The ASPCA’s “big break” with short-form DRTV ads came in 2006, when it came to orga­nization’s attention that recording artist Sarah McLachlan had filmed a spot with the British Columbia Society for the Prevention of Cruelty to Animals (BCSPCA) that was airing in Van­couver. “Because we work so closely with the BCSPCA, we were able to get the footage and turn it into a spot more specific to what we were doing in the States,” Froehlich says.

This spot allowed the ASPCA to enter pre­viously unexplored, national music-themed markets, such as VH1 and VH1 Classic. “The short-form creative allowed us to go into markets we’d never been in before,” says Froehlich. “Now we had more courage for expensive media buys such as CNN, Nick at Nite [and] ABC Family, which were getting huge audience numbers.”

In the spring of 2007, a national pet food recall became a huge issue in the pet care community. However, the recall served as a blessing in disguise for the ASPCA’s branding efforts. “Our experts were appearing on a lot of those same news stations talking about what foods pet parents should be aware of, so it was a natural syn­ergy to really ramp up our DRTV at that point,” says Froehlich. “Since then, we’ve continued to aggres­sively push the DRTV pro­gram as part of a broader growth initiative here at the ASPCA and are con­tinuing to tweak the cre­ative or shift around the media buying strategy to get the best cost per lead for monthly donors.”

Experts emphasize that companies that have made DRTV a central part of their marketing over the years now need to cover all their bases with a broader spectrum of media that can integrate with the DRTV channel. Froehlich insists that the ASPCA now has a “pretty savvy” Web strat­egy, and that ASPCA’s direct mail efforts have improved over the past few years — which he suspects is due to consumers’ increased brand awareness from the DRTV program.

“There’s that wonderful ‘halo effect,’ which is the rub-off that TV brings to aid in the sales of products through other distribution chan­nels,” explains Kirby. “So television educates, informs and creates emotion and impulse, but the consumer may elect to execute the transaction online.” This is why it’s critical to link the digital and TV experiences in terms of the messaging and the creative, he continues.

One obstacle that comes with all of these cross-promotions and integrations is that tracking the effectiveness of specific campaigns becomes more difficult. When consumers buy the same product through TV, retail and the Web, marketers need to find unique ways to monitor them.

For example, consumers can go straight to a company’s Web site after seeing a DRTV spot, but what about people who are driven to the search engine as the result of an offline chan­nel? “Companies are trying to get a clear picture of what their investment in DRTV is actually worth,” says Chris Peterson, president and man­aging partner of Respond2.

One strategy the ASPCA employed as it expanded its media buying was creating unique URLs for various DRTV campaigns. For example, helpaspca.org and supportaspca.org both drive the user to the same landing page, but the organization is able to track how many users visited the site as a result of each particular campaign. “When a spot is running locally, you could say, ‘everyone in Buffalo is responding to this campaign,’” Froehlich said. “But when an ad is national, you don’t know which spot [people in a specific place are] seeing. This is why we use those unique URLs.”

Additionally, new tech­nologies make it easier to look at campaigns on a day-to-day basis. “It used to be harder for tradi­tional advertisers to get a true idea of their return on investment because it just wasn’t trackable,” Kirby says. “The only way a com­pany would know if their campaign was successful was to look at their P&L to see if they made money that year.” Now, he explained, companies can look at day-to-day sales results and optimize their TV media.

However, it may not always be possible to truly measure each aspect of an integrated campaign. “You can always isolate the tracking of the media and create these tracking mechanisms, but it’s never going to be an exact science,” Babcock says. “You have to have the confidence that what you’re doing is driving traffic.”

Peterson believes the days of clearly tracking someone’s response behavior are essentially over. “You can track some of it, but the fact is that there is a huge piece of it that’s untrackable,” he explains. “But you can put data in place that says ‘as your spend goes up or down, here’s what’s happening with the rest of your business.’”

Despite the challenges that it faces in a new television-watching era, it’s obvious that DRTV isn’t going anywhere anytime soon. However, marketers need to understand the benefits of the channel, as well as its limitations.

“DRTV still leverages the [dominant] mass medium of our time — television,” Kirby says, pointing out that the channel lends itself to emo­tion and impulse, which are important elements in making a sale, and it is also accountable. “So, while TV media is very fragmented, DRTV can still build awareness for a brand and make cost of advertising self-liquidating when the product is sold directly to the consumer,” he continues.

“The future is about understanding the relation­ship between DRTV and online behavior,” Peter­son adds. “When you can show direct correlations, that’s the endgame for anyone in DRTV.” 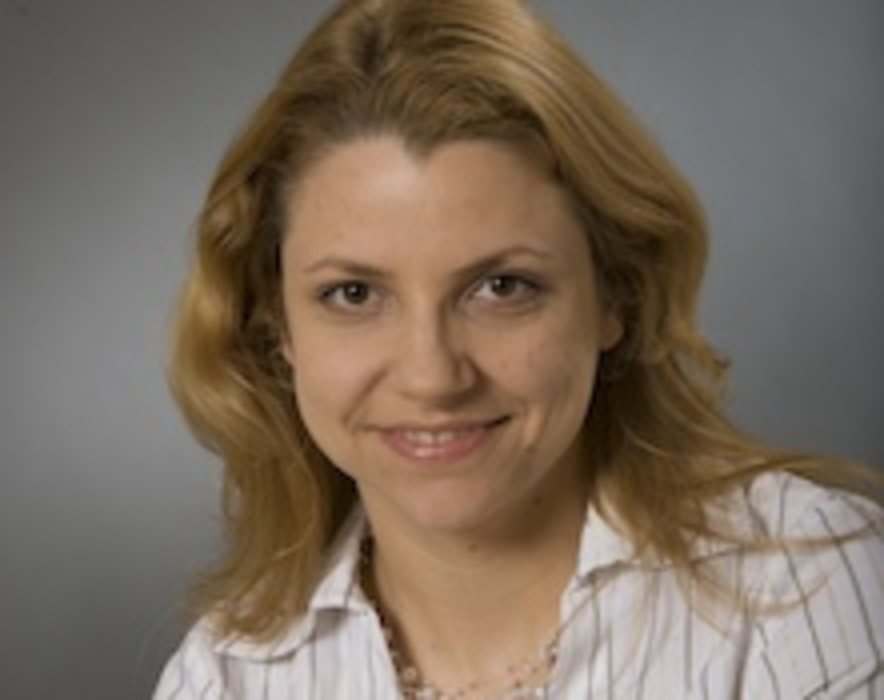 As the direct marketing industry continues to move from direct mail to email, marketers should heed the following… 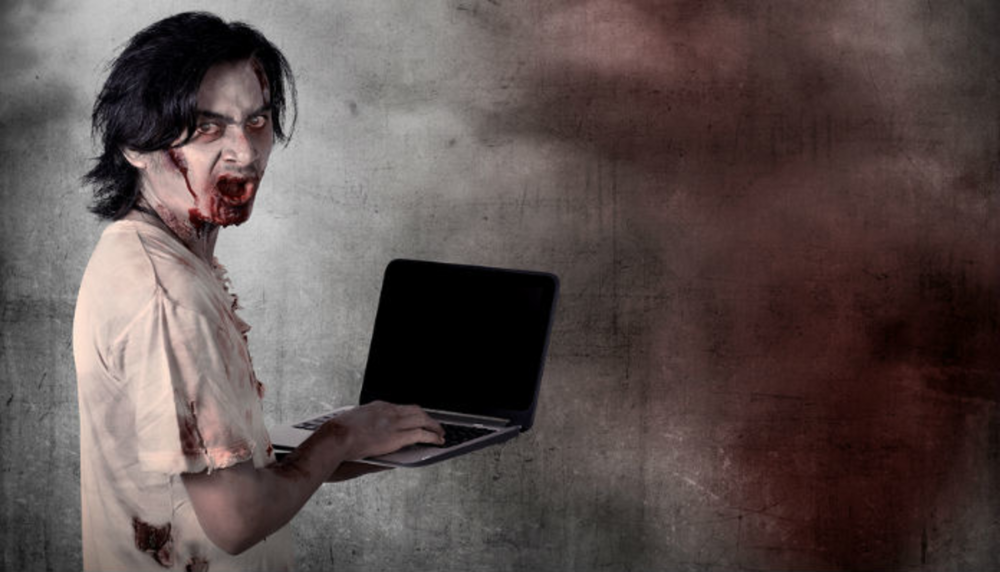