Does M&M’s or REESE’S Win the Real Candy Crush?

In a battle of the taste buds, there’s no clear winner between Hershey’s-owned REESE’S and Mars-owned M&M’s. Both candies bring back childhood memories of trick-or-treating and chocolate-stained chins. But when it comes to the brands’ marketing strategies, choosing a winner is, in the words of Peter Kang, executive creative director of digital agency Digital Kitchen, like “choosing between going to Six Flags or going to the county fair.”

Representing the county fair is REESE’S, with its earthy color palette of orange, yellow, and brown that keeps its visual language consistent and recognizable across channels, Kang says. M&M’s markets on a larger scale, using colorful cartoon character versions of its candy to drive brand engagement across channels. While consumers might connect with the M&M’s characters—including Red, Yellow, and Ms. Brown—they struggle to form relationships with inanimate objects like REESE’S peanut butter cups, says Rodger Roeser, president and owner of marketing communications and public relations firm The Eisen Agency.

“[M&M’s] creates that brand personality and brand character that consumers can identify with, because they can put themselves vicariously in that position,” he says. Additionally, M&M’s ties in the personalization with its customized candy e-commerce website, MyMMs.com, enabling its customers to choose their own M&M’s colors, designs, and text. REESE’S doesn’t get personal with customers in that way either. The REESE’S website features neither people nor fun characters—instead, just bland pictures of product, Roeser says. For example, the REESE’S store offers a branded hoodie, yet the photography shows nothing more than a headless mannequin wearing it.

A.J. Lawrence, CEO of online marketing agency The JAR Group, scratches his head over REESE’S odd corporate partnerships advertised on its site. Why, he wonders, would REESE’S wrap so much of its branding around NCAA Football?

“I love the NCAA, and I will join every sweepstakes on the planet if I can get something for free,” Lawrence says. “But, [the REESE’S website] doesn’t give me a reason.”

Not that M&M’s candy is particularly immune to these baffling partnerships. Kang has no idea how M&M’s’ NASCAR sponsorship fits the brand.

Despite this, at least M&M’s website has more distinct calls to action with its series of homepage promotions—including the chance to win $100,000 if a consumer finds a bag of M&M’s with all black M’s, Roeser says. But Brenda Fiala, SVP of strategy at digital agency Blast Radius, is less sweet on the website: M&M’s e-commerce website is “clunky,” she says. She advocates for more creative elements, such as more pages featuring the customized M&M’s designs.

“It’s very functional,” she says. “It feels like it’s been developed more by a programmer and that it’s driven more by the back-end technology than it has been from an interactive design point of view.”

However, one place where design shines through is on REESE’S Facebook page, particularly with the print-ad-like posts for its Facebook beach towel giveaway campaign, “Summer of Love,” Fiala says. In the creative REESE’S incorporates the distinctive elements of REESE’S candies into illustrations—for instance, three women posing in skirts inspired by inverted REESE’S Minis. The tagline: The Original Mini.

It’s a campaign that Fiala and Kang compare favorably to a recent Oreo campaign that used images of the iconic cookie to replicate major moments in American history. These are the type of social campaigns that allow brands to get real-time reactions from fans, they say.

Rather than featuring ads like those for the “Summer of Love” campaign, Roeser thinks that REESE’S should create more engagement opportunities, such as user-generated recipes or voting contests. For example, while M&M’s posts character-centric content on its Facebook page, such as “selfies” ostensibly shot by the M&M’s characters, the brand also posts recipes, pictures, and collectibles sent in by its 10.1 million fans. Kang applauds M&M’s for striking a balance between user- and brand-generated content.

“While there would have been a tendency to over-highlight the characters here, [M&M’s] chooses to instead celebrate all of us—the fans,” he says.

M&M’s social presence also extends to Tumblr and Instagram. Fiala notes that M&M’s broad social presence allows it to reach a wider range of people and be where the consumers actually are—not just where the marketers expect them to be. She adds that M&M’s also refrains from posting the same content on different channels. For example, M&M’s has specific Twitter accounts for its characters, each in a character’s unique voice. By contrast, the M&M’s Instagram account is more general.

This diversity demonstrates a customer-centric focus, Fiala says. “[M&M’s is] much more about building new relationships with people where they are—even if the social channels are differing in size and popularity.”

Where else does REESE’S get outplayed by M&M’s like a “minor league team versus the Red Sox?” Lawrence asks. In TV commercials, he says. REESE’S commercials focus on the product—such as one in which REESE’S Pieces erupt out of a giant REESE’S cup. “Very artistic,” Lawrence says, but ultimately a creative decision that completely whiffs. “I’m not really going to remember [it] other than, ‘Oh yeah, the orange,’” he says.

M&M’s commercials, by contrast, star its characters, each in a humorous storyline—such as when women try to devour Red. It’s a narrative that appeals to both adult and youth audiences, alike.

“As someone who goes to two to three kids movies a month in the theater and I forget how many at home, that little chuckle that your kid doesn’t understand is priceless,” Lawrence says.

What Fiala appreciates most about M&M’s characters is their consistent presence throughout all of the branded channels. If customers see an M&M’s spot on TV, they can visit the brand’s website or social channels to learn more about the featured characters. But when it comes to email, both brands have strategies as limp as sun-melted chocolate.

As someone who purchased from MyMMs.com in the past, she’s inundated with emails, including shopping cart abandonment notifications. REESE’S doesn’t fare much better. For example, the odd allegiance between REESE’S and the NCAA also appears in the candy company’s email marketing. One of these messages promotes a text-to-win campaign in which consumers can win a trip to see the 2014 NCAA Men’s Final Four basketball game. However, Lawrence says that the need to switch devices makes participating in the promotion a pain.

“If I’m on email on my desktop, I have to completely change my actions and [use my smartphone to enter the contest],” he says. “I don’t understand where the NCAA and winning tickets has anything to do with REESE’S….I’m thinking beer, Doritos, or other things. I’m not also thinking REESE’S Pieces—at least how they did it.”

M&M’s marketing creates the most delectable of customer experiences. The brand’s multichannel character integration makes it easy for customers to connect and engage with the brand anytime, anywhere. And while REESE’S design aesthetic is visually appealing and memorable, the brand disconnect between its email marketing, social channels, and Web presence prevented the chocolate-peanut butter brand from creating experiences that really stick with its customers. Hence, this king-size brand delivers bite-size interactions. 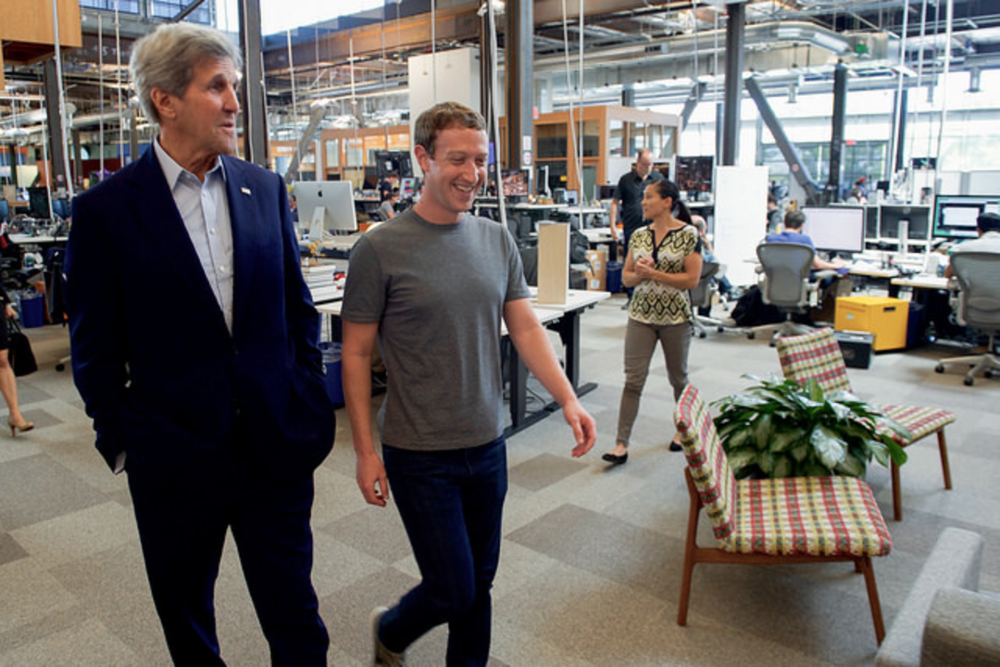 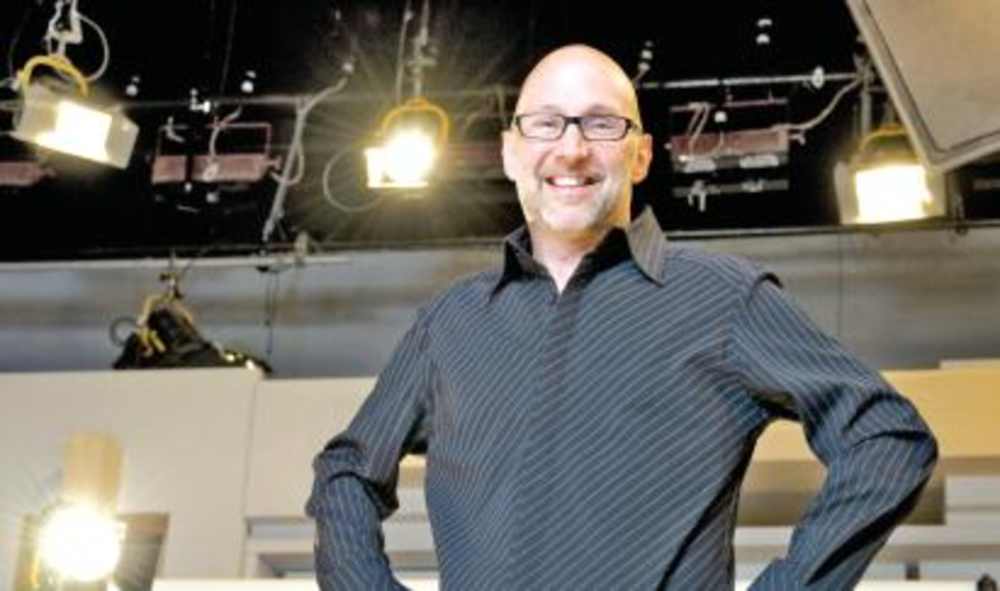 In September, QVC broadcast live from Mercedes-Benz Fashion Week in New York City for the first time, with…

Videocracy: a new bar for the upfront

What do you get when you bring 500 media executives to a low-lit Manhattan nightclub at 3:30 on…