I was recently in a café, working on my laptop near a Bitcoin machine. A little old lady shuffled toward the machine while clutching onto a padded envelope. I looked up, stunned, as this senior citizen proceeded to pull out a wad of hundies, and solicit the help of a teenage boy.

“I need help using the machine,” she explained quietly. “I don’t want it to eat my money again.”

Was this an affluent woman making a levelheaded investment decision, with a full understanding of the risks? Was she a pensioner gambling her limited funds because she heard about the hype surrounding cryptocurrency? Did she think that she was using a vending machine or an ATM? And most importantly, what did she mean when she said “again”?

Last year, Bitcoin reached its peak value, and then it plummeted. Regulatory uncertainties, negative press coverage, and words of caution from Warren Buffett, didn’t help the cause. For Ken Bodnar, a blockchain architect and technical consultant, disruptive blockchain technologies aren’t a matter of idle speculation. This is the center of his daily focus. He identifies promising ventures and sniffs out scams.

He told me: “Cryptocurrrency is anything but currency. It is a pseudo-security, and that goes for the ICOs (initial coin offerings) that I mint the coins for. Tokenization is a different story, and it will be one of the greatest, most successful marketing channels of all time.”

Bodnar envisions a scenario whereby a marketing influencer or brand evangelist could recommend products and then tokenize and measure the conversion rate by using blockchain (a secure, distributed ledger). This would provide influencers with a novel way of reaping rewards from their powers of persuasion.

In the near future, blockchain could also affect marketing in other ways. IBM and Unilever are teaming up to transform the media buying industry with a blockchain solution. They intend to bring more simplicity and transparency to an increasingly convoluted ecosystem of ad servers and measurement companies. In an IBM blogpost, co-authors Keith Weed of Unilever and Babs Rangaiah of IBM noted that marketers are currently beset by issues such as a lack of quality control, security, and financial transparency between all the parties involved in media buying. This has led to widespread ad fraud. Bots are simulating digital traffic and the perpetrators are getting away with it.

According to the IBM post, “The solution will start with basic financial reconciliation solutions for digital media buying and will lay the foundation for solving multiple problems across the ecosystem.”

These developments are intriguing and potentially industry-changing, but some Bitcoin proponents still think that cryptocurrency can be what it was originally intended to be — a currency.

This is problematic. For something like Bitcoin to have value as a currency, and not merely as a new asset class, it must overcome its volatility problem. Cryptocurrency is too volatile for many, if not most, forms of commerce. And even as a financial investment, the payout is predicated on what I call “the land of ifs.” If you get in blank currency for $4 and if it goes to $4000, you make 1000x, etc. But if not… boom. Sometimes it’s all gone in an instant. Additionally, Bitcoin has been characterized as a “leech sucking on the world’s power grids” due to its energy-intensive design.

Still, some businesses accept crypto as a form of payment. Why? Does it help with their brand image by making them seem trendy? And is cryptocurrency still cool, or have a series of major, highly publicized setbacks signified a gloomier future?

Cryptocurrency creators are trying to address all of the drawbacks, but at the moment, it doesn’t look promising. Small businesses can’t recoup the cost of their goods and services if the currency plummets after they have already accepted customer payment in crypto. Building a successful business is hard enough, but cryptocurrency complicates matters further by introducing the possibility of a significant loss on each transaction due to forces that are beyond the business owner’s control and oftentimes poorly understood.

Ken Bodnar told me, “The other risk vector is delay. Sometimes it takes 24 hours to settle a BTC transaction if you’ve given it a low mining fee or the network is busy. You may make the transaction at a reasonable price point, but the settlement prices hours or a day later could push the transaction in a loss position because of volatility. In stocks, the volatility index is smaller than crypto. For example, a ban by an Eastern country or a pronouncement by JP Morgan’s Jamie Dimon throws the crypto market into a frenzy because there are very few large institutional holders that create stability.”

Large corporations might be better positioned to accept crypto because they can hold it as a long-term investment. There are also other reasons.

“A business would take crypto if it were an offshore transaction and there is a huge amount of hassle with AML/KYC,” said Bodnar. “I am waiting 8 days now for a funds transfer from the Caribbean because of banking due diligence. Also, it could be a vanity thing or an investment.” He noted that it largely depends on the business’s appetite for risk.

Cryptocurrency has intrigued many people due to its ability to circumvent central controls. It has since morphed beyond its initial conceit, and some of its new incarnations have pernicious undertones. Ken Bodnar is regularly inundated with collaboration requests from founders planning ICOs for their startups, with dollar signs in their eyes and an absent or ill-conceived strategic business plan. In some instances, they have proposed compensating him with the untested and unbacked currency that they want him to code for them.

According to a recent report, $5.6 billion was raised through ICOs last year. Within this new investment structure, companies circumvent traditional methods of raising capital by instead issuing out their own digital currencies. The get-rich-quick appeal has lured small-time investors into scams, whereby they exchange real dollars for dubious digital coins that, in some cases, do not exist and, in all cases, have volatile value. Of course, that volatile value is part of the appeal. Investors are hoping that their coins will skyrocket overnight, but even if it does, will they have the wisdom to cash out at the right time, and will the system let them?

Social media buzz about cryptocurrencies and ICOs prompted SEC Chairman Jay Clayton to release a public statement last December. He outlined “considerations for Main Street investors,” in which he noted than there is substantially less investor protection in cryptocurrency and ICO markets than there is in traditional securities. The SEC Chairman warned, “Please also recognize that these markets span national borders and that significant trading may occur on systems and platforms outside the United States. Your invested funds may quickly travel overseas without your knowledge. As a result, risks can be amplified, including the risk that market regulators, such as the SEC, may not be able to effectively pursue bad actors or recover funds.”

Significant returns are certainly possible and cryptocurrency-focused ventures have already attracted investments from traditional multinational finance companies, but there’s a dangerous undercurrent. The vast majority of ICOs will fail. Last September, China banned ICOs altogether. In early March, the SEC decided that digital asset exchanges must be registered with the agency, noting that some platforms have created misimpressions among investors. In mid-March, cryptocurrencies lost $60 billion in value in less than 24 hours.

Governments are worried about fraud, lost tax revenue, and criminal activity. Cryptocurrency exchanges have been hacked and revealed to be illegitimate.

Additionally, Google is not a fan. The company is now refusing to serve advertising for digital coins and ICOs, starting in June 2018. Their posted policy rules out any ads for “cryptocurrencies and related content (including but not limited to initial coin offerings, cryptocurrency exchanges, cryptocurrency wallets, and cryptocurrency trading advice).”

Andrey Nikolov, the co-founder and CEO of Altumea, told me, “I think that blockchain is cool. I think that cryptocurrencies have been overhyped. For example, Bitcoin I believe is overhyped and even I think that it’s a kind of bubble.”

Tax obligations have also complicated Bitcoin’s value, causing fluctuations. So what does that mean for the coffee shop grandma and her stack of hundred dollar bills? It isn’t clear. The value of Bitcoin could rise or fall dramatically at any moment. It’s anyone’s guess — and that’s precisely the problem. 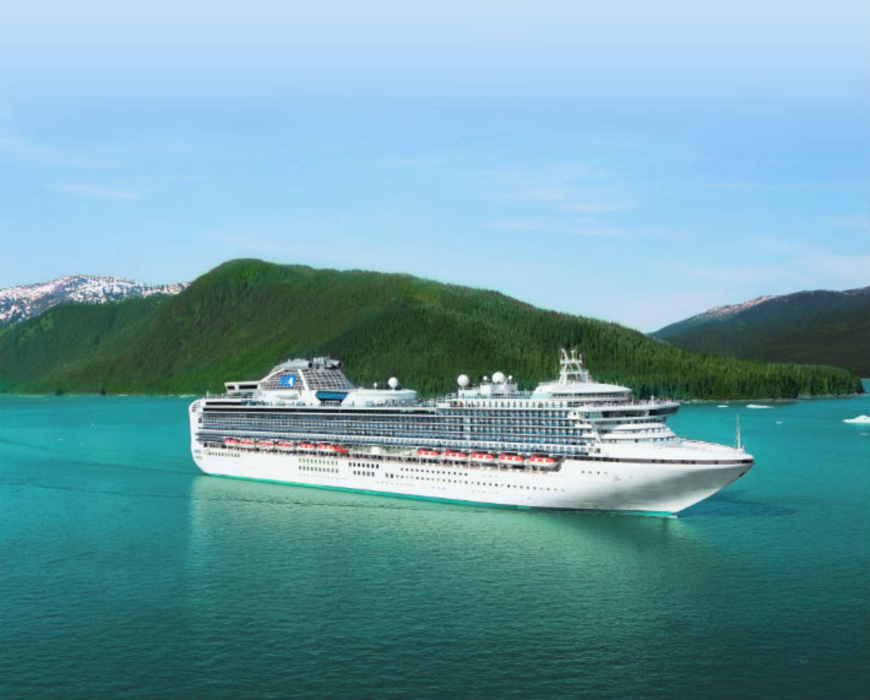 LinkedIn is defined as a “socially oriented business service,” where people post their resumes and companies look for… 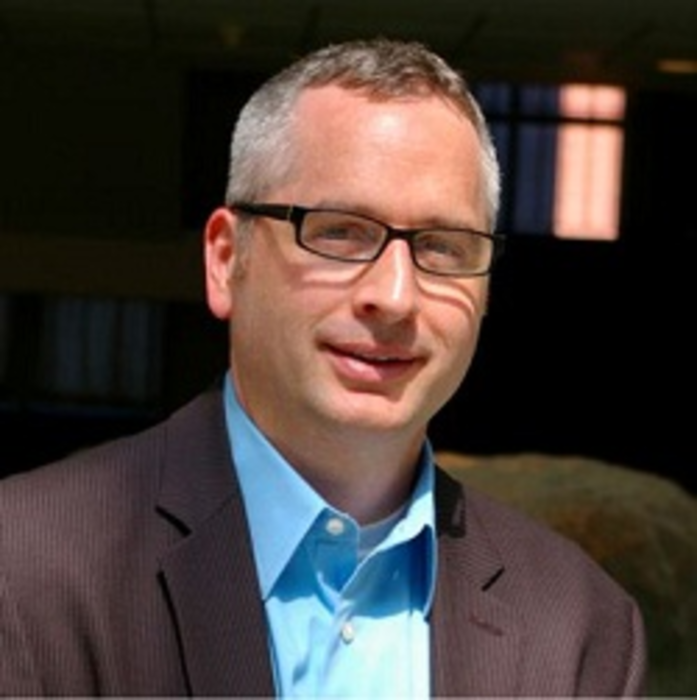 Gamification: Are we there yet?

From reality TV to the workplace to weight loss, gamification has developed a presence in nearly every facet…