Mun2/Raw
Wrestling promotion has the moves

that caters to bilingual Latino teens and young adults and is owned by NBC Universal. It wanted to promote the 15th anniversary of the popular World Wresting Entertainment program Raw while also con­necting with female viewers, who make up about 40% of the show’s audience.

According to Lisa Hackett, VP of marketing for Mun2, the network thought the campaign would be effective “because both quinceañeras and lucha­dores [Mexican wrestlers] have roots in the Latin-[American] community.”

Mun2 had also run a successful WWE event last summer on Venice Beach that attracted nearly 20,000 attendees. The sweepstakes promised entrants the chance to “party like a Raw star” by having WWE wrestlers Melina and Carlito appear at the winner’s quinceañera party. A surprise musical guest will also make an appearance. The prize party will be held in March for the winner and 50 friends. Mun2 will videotape the event and air highlights on one of its shows, The Shuffle.

The wrestling/quinceañera tie-in is a way “to put a twist” on a traditional quinceañera, something Latina teenagers look forward to, Hackett says.

The sweepstakes was promoted with TV ads featuring Melina on Mun2, as well as other NBC Universal-owned networks, USA and Oxygen. E-mail blasts and MySpace bulletins were also used to spread the word.

The network plans to do more promotions with WWE’s Raw in the future. –Mary Hurn

Approach: The Dana-Farber CancerInstitute and the Jimmy Fund needed to build awareness for a new program that enables runners to sign up for any race and raise funds. During January, Dana-Farber ran a public service announcement on Captivate Network’s in-elevator screens that directed viewers to a Web site for more information about the program. An e-mail blast to 50,000 names also went out.

Results: The program experienced a 405% increase in fundraising goals compared to the previous January, for a total of $25,300. -Chantal Todé

Approach: Sport Clips wanted to drive traffic to its franchised barber shops while also performing a service for troops overseas. Partnering with the Veterans of Foreign Wars for the Operation Uplink promotion, Sport Clips earmarked $1 from every haircut on Veterans Day for a fund providing phone calls for troops on Christmas Day. In October, the company sent out an e-mail blast to 25,000 customers, which included a button enabling customers to donate to the fund online.

The Mun2 promotion is perfectly designed to attract 15-year-old Hispanic girls. It has celebrities, a chance to be famous, and quinceañera dreams coming true. In a world of Extreme Reality Makeover Runway Chef Survivors, it’s nice to see someone truly get the prize. Running with a purpose is always a good thing. The Dana-Farber/Jimmy Fund offering is unique because you can apply it to any race. So why did the organization bury that fact in the last half of the message? I would make it the lead thought: Run every race against cancer. Make every race count. Then the nice art direction would make a real difference. Sport Clips had a great promotion idea: Get money to help soldiers call home. If only the art direction was half as inspired. 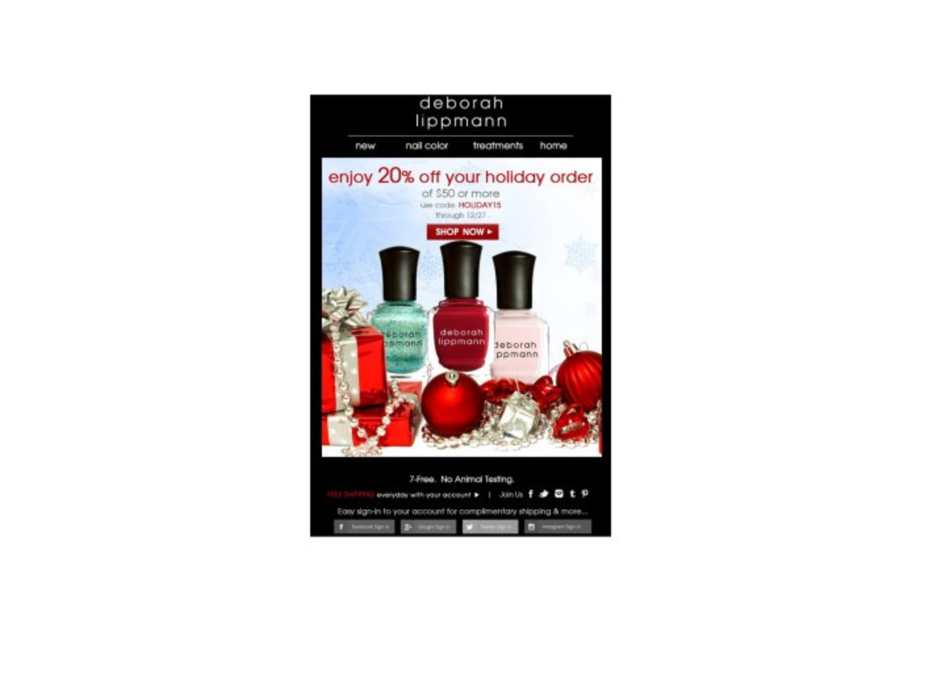 As a celebrity manicurist, Deborah Lippmann is used to catering to the stars. But when it comes to…

The Era of Personalization Drives the CMO

In September Marissa Mayer labeled Yahoo! as a personalization company. She didn’t call it a digital company, a…