CMOs Gear Up to Tackle the Onslaught of Data

The good news is that marketing executives keenly understand the challenges involved in transitioning from an analog to a digital universe. The bad news is that they’re still unprepared for the data boom, which is growing exponentially—especially as consumers increasingly interact and shop via mobile and online tools. As the business climate changes at the speed of light, very few executives have solid plans in place to take advantage of this new tidal wave of information.

IBM’s most recent study of chief marketing officers—an Institute for Business Value study that included more than 500 in-person interviews with CMOs—found that 94% of CMOs believe that data analytics will play a significant role in helping their organizations reach their goals. By the same token, an increased number of CMOs—82%, up from 71% three years ago—say their organizations are not prepared to take advantage of the data explosion.

Marketing has radically changed over the last decade. Once regarded as more art than science, it’s now a technology-intensive field. Marketing executives today must be both business savvy and technically inclined, and hence, the CMO’s role has evolved—and will continue to do so. Their responsibilities have expanded and their involvement in major strategic decisions has grown. Some companies have even restructured the organization chart so that chief information officers report to CMOs. According to the IBM study, 63% of CMOs surveyed said that they are brought in by the CEO to help develop overall business strategy, and that they rank second in importance to the CEO after the CFO. (Incidentally, the closer the relationship between the CIO and the CMO, the better the company’s financial performance.)

For many businesses, using data analytics won’t be just an option—it will be a competitive necessity, and CMOs are largely expected to spearhead these efforts. A growing number of companies have turned to Big Data to improve every aspect of business—from reducing expenses to improving customer service—and those businesses that don’t have a sound data strategy in place risk alienating new and existing customers.

One of the most daunting challenges in the new landscape, according to most CMOs, is social media. While some marketers predict dramatic and great things from growing platforms—that, for example, it could deliver a higher ROI than television—most CMOs still aren’t sure what to do with it. It’s an especially complex problem because social platforms change from day to day. CMOs also readily acknowledge the importance of mobile applications; 94% believe they will play a significant role over the next three to five years, up from 80% three years ago.

CMOs find themselves in an unusual position—they’re expected to navigate businesses through an ever-changing, complex digital landscape. The use of data analytics, however, will allow them to gain a better understanding of customers, get a detailed grasp on internal operations, and even help predict broad business trends. The pressure is on. It’s a confusing time, but with every paradigm shift, there is tremendous opportunity.

Jay Henderson is director of strategy for IBM Smarter Commerce. 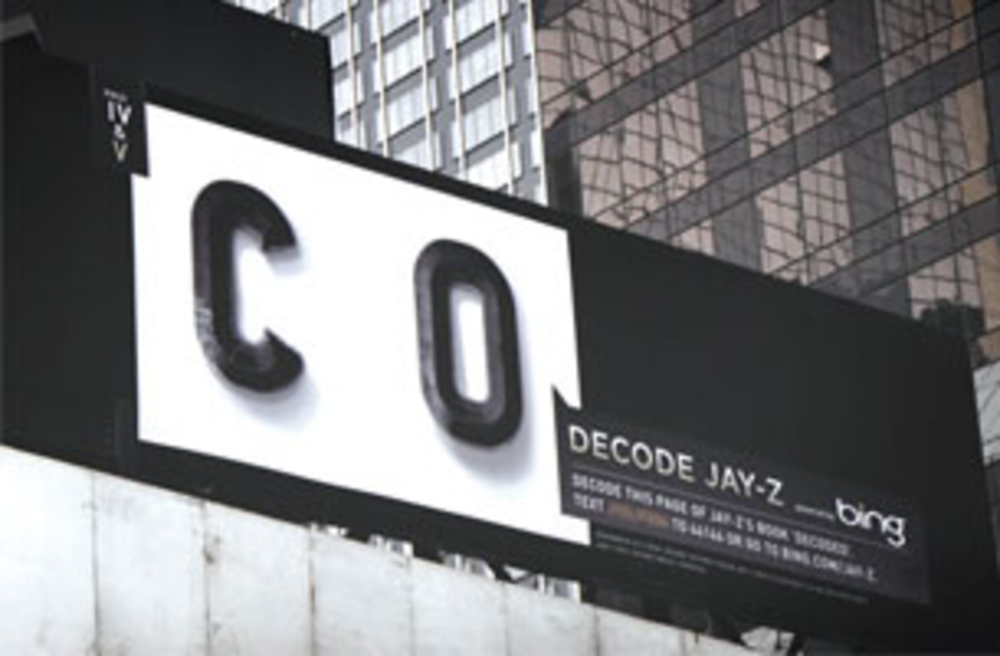 The Offer: To promote the November 16 release of Jay-Z’s autobiography, Decoded, Spiegel & Grau, a division of…

With the current economic crunch, outdoor gear and apparel merchant Altrec.com is hoping to give its paid search…

Marketers in a diverse variety of industries have seen the value in artificial intelligence. They’ve used the technology…