Ready or not, Generation Z is entering the workforce, which means they’ve come into their own already and are effectively becoming the primary focus for adult demographics. They are also incredibly influential, with estimates placing their spending power somewhere in the range of $29 billion to $143 billion. Not only are those numbers significant, they overshadow the millennial generation’s impact on the current market.

Anyone born after 1995, ages 13 to 25, fits within the boundaries of the generation. These are the people who were born and raised using technology, even more so than Millennials.

It makes sense, then, they have been responsible for reshaping the future of social media, marketing and business. Not only do Generation Z’ers see the world differently, but they also live their digital lives much differently than everyone around them.

Facebook and Twitter remain popular platforms to this day, but it’s because of how many people use them in total, not necessarily who those people are. If the goal is to reach younger audiences, it’s essential to engage in the places and channels where they spend most of their time. That means ditching older social networks and moving to platforms like Snapchat, Tik Tok and others.

A spring 2019 survey revealed Snapchat was the dominant social network for teens, with 41 percent of U.S. youths actively engaged on the platform. Facebook, on the other hand, ranked fourth, with only six percent of teenagers naming it as their favorite network. Tumblr, Pinterest and Google ranked even lower.

While many in Generation Z are entering the workforce, other members of this cohort are still on their way up. One of the best ways to instill an idea or type of behavior is to use aspirational advertising, which can help educate related concepts.

There are several ways to achieve this, but the most common is to advertise products to audiences early. It plants a seed, and by the time they’re old enough to make purchase decisions or engage, that seed blooms.

Generation Z cares a lot about how others interact with and affect the environment, especially for the greater good. If brands and products are generating a negative impact, it’s going to turn off these people.

They want to see a healthy impact on their community and the surrounding environment, and it makes sense why. We’re starting to witness, in general, how previous generations have influenced the state of the world, including the economy, environment, culture and more. It’s sad to say, but humans have historically carried out actions, decisions and events with no regard to the surrounding communities. Millennials seeded the change, and Generation Z picked up the torch.

Show Gen Z you care. What is your company doing to improve the world? Do employees get an opportunity to volunteer and contribute to the community? One state lottery team, for example, treated teachers during their appreciation week. That’s giving back to the local community in a big way. Gen Z’ers might see that and be more inclined to support the business.

4. Keep it quick and simple, but powerful

Research shows the attention span of younger audiences is short, with a window of about eight seconds to make a mark. Today’s professionals and pundits negatively attribute this to an attention problem. It’s something wrong with younger kids — why can’t they focus? Why don’t they care?

The real problem is that there’s a lot of noise, so to capture the eyeballs of Generation Z, businesses need to find a way to stand out. That’s precisely why a lot of the newer social media platforms, such as Snapchat and Instagram, emphasize quick, bite-sized experiences. There’s way too much content and not enough time to consume it all, and most people are browsing on the go via their mobile devices anyway.

Keep the message brief, say everything as simply as possible and prioritize impact above all else. Moreover, it’s not just about having the most powerful thing to say, it’s about presenting it as efficiently as possible.

Millennials are an incredibly diverse and nuanced generation, and Generation Z is a step beyond that. One-size-fits-all marketing was never genuinely efficient, but it’s going to miss its mark even more widely with the younger generations. Data analytics has helped promote more personalized and behavioral marketing based on user habits.

We don’t fully know just yet how Generation Z is going to spend their money, react to certain things or even what they’ll prefer as a whole. We have some idea, but there’s a precedent for mistakes in this department. As Millennials entered the workforce, a lot of what marketers and professionals assumed about them ended up being wrong. Don’t allow the same to happen here.

Ensure there are tools in place to understand behavior and habits, and allow that information to shape the direction of efforts, as opposed to launching generic, blanket campaigns. That also means using each social network and marketing channel differently based on user preferences.

6. Mobile Is the place to be

It’s kind of a no-brainer at this point, but businesses need to prioritize mobile when it comes to providing digital experiences. If the goal is to connect with younger generations especially, a mobile-first approach is necessary. When is the last time you saw a Gen Z’er without a phone in their hands?

Generation Z sees and interacts with the world — both digital and physical — differently than those who came before them. It means marketers and businesses must continue to prepare for their reign. As they come of age, earn buying power of their own and enter the workforce, the world will change, and that facilitates a very different kind of social marketing. At the least, it’s better to prepare now than to get caught off-guard later.

As Juan Paolo told Dana Jerry the news, all she could do was blink in disbelief. Paolo was… 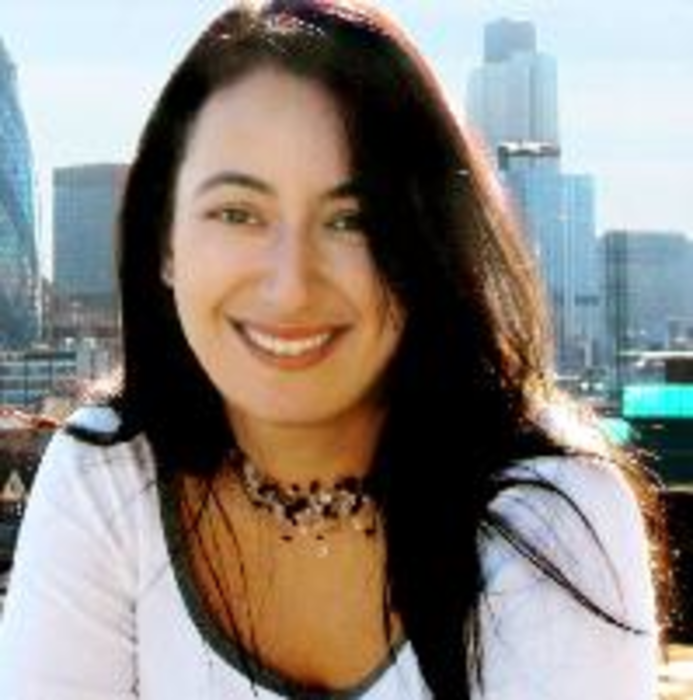 As the pay-per-click market continues to mature, a combination of vertical and horizontal networks have emerged. Understanding the…