The Show Must Go On

When I arrive at the Hudson Theatre, Paul McDonnough is on stage running through his introductory remarks—pausing intermittently for banter and laughs with a few folks from his team and to snap photos to post on Twitter. It’s only 8 a.m., and he’s already been there for an hour running through final preparations for Integrated Marketing Week 2015 (IMW).

There’s a reason McDonnough, VP of conferences and events for the Direct Marketing Association (DMA), is so relaxed moments before IMW kicks off: He and his team are well-prepared. They’ve spent time this morning reviewing all of the day’s operational details and he’s fielded any last-minute questions. The only snag is that the opening keynote speaker, comedian and writer Baratunde Thurston, is stuck in traffic. As McDonnough walks to the theater lobby to wait for Thurston, he explains to me that he always asks speakers to arrive an hour before their session to get set up, mic’d up, and settled in. But New York City has other plans for Thurston.

While we’re waiting, Selligent CMO Nick Worth arrives. As the lead sponsor of the event, Worth will introduce Thurston. McDonnough escorts Worth to the stage and runs through the flow of the morning kickoff.

8:45 a.m. Thurston arrives just under the wire. The ever-personable McDonnough hops off the stage to greet him, accompany him on-stage, and introduce him to Worth. The three then disappear stage right. Thurston comes back out for a sound check as McDonnough and Worth wait in the wings. McDonnough whispers final instructions to one of the DMA staff, and moments later the doors open and attendees begin to filter in.

9:06 a.m. McDonnough steps into the spotlight and welcomes the crowd with enthusiasm and aplomb. He invites the attendees to stand and greet each other. It’s an effective way to create energy in the room and get attendees excited and talking to each other, he tells me later. It works.

He then introduces Worth, and emphasizes that he’s “a friend of DMA.” It’s McDonnough’s style to be so warm and welcoming. With a smile and a handshake he departs stage right and the day begins in earnest.

9:55 a.m. McDonnough wraps the opening keynote, and as attendees make their way to the break area, he thanks Thurston and Worth for a terrific session. Those are just the first of the many thank-yous McDonnough will extend as the day unfolds. As he and I make our way upstairs to check on the breakout session rooms, he says hello to several attendees and thanks them for coming. The sponsors’ exhibit area is located between the sets of session rooms in the Millennium Broadway Hotel, adjacent to the theater. So, after McDonnough checks on one set of rooms he visits every exhibitor to welcome them and thank them for being there. Then we head to the next set of rooms.

As attendees file in around us, McDonnough tells me how excited DMA is to have Ashu Garg, a general partner of Foundation Capital, speaking at the event about marketing technology and the next decade of the CMO. “We want to be more about innovation,” he said. “We’re happy to have them on board.”

McDonnough lingers outside the session room checking email on his smartphone. He wants to be sure to speak with Garg when the session ends to invite him to participate in &THEN, the reimagined DMA Annual conference launching in October. But that’s easier said than done; several inquisitive attendees who enjoyed Garg’s session now barrage him with questions. So, McDonnough turns his attention to the next speaker, who’s struggling to add a last-minute video to his presentation. McDonnough jumps in to help. That’s another one of McDonnough’s hallmarks: If there’s a task that needs doing to ensure the smooth flow of the conference, he’ll lend a hand or speedily find someone who can.

Once the speaker is set to go, McDonnough heads back to revisit the exhibitors. He says hello and thank you to people who were busy the first go-around; he also checks to make sure they have everything they need and asks if they found the morning break to be productive. During the walk-through we run into DMA CEO Thomas Benton. The two happily discuss the positive feedback they’ve received so far. But there’s no complacency with McDonnough. He texts three people from his team who quickly appear and surround him to get instructions on how to capitalize on the positivity; for example, McDonnough asks one colleague from the sales team to find Garg and speak with him about &THEN. “It takes a village,” Andrew Somer comments to me about the team’s zeal. Somer, VP of corporate relations and member loyalty, had been passing by when he saw the pow wow, and came over to see how he could help.

11:10 a.m. McDonnough steps aside for a quiet moment, grabs a soda (“I don’t drink coffee,” he confides), and quickly checks his email. He’s waiting for the afternoon keynote speaker, Warby Parker Cofounder and Co-CEO David Gilboa, to send his presentation deck. It’s much closer to the wire than McDonnough would like.

Next stop is registration. McDonnough has lost his badge and needs a new one. “I lose my badge at every show,” he says. It’s the only detail that slips through McDonnough’s fingers.

Badge back in place, McDonnough and I head up to the main show floor to find Jeremy Ladson, assistant conference manager, who worked with McDonnough to orchestrate interviews with four IMW speakers on NASDAQ’s “Social Bell” segment. “NASDAQ opens its studio for event hosts to participate in these videos,” McDonnough explains. So, DMA decided to capitalize on it.

Ladson found, the two review the list of participants and their scheduled interview times, and discuss who from the team will act as chaperon for the trip to the NASDAQ studio two blocks away. McDonnough can’t just grab anyone; he has to make sure the session rooms are all properly hosted.

Next, it’s time to check on the session rooms as the following set of breakouts kick off. “I like to see all the rooms full,” McDonnough says. When I ask how he decides which session to put in which room—because the room sizes vary—he explains that it’s based on a combination of past experience (what was popular at previous shows) and trending topics. “We closely monitor what’s hot among marketers.”

12:05 p.m. Pausing to check email, McDonnough breathes a sigh of relief. Gilboa’s slides have arrived. He then checks on preparations for a focus group DMA is hosting later in the afternoon with several attendees to get their feedback on plans for &THEN. As with the NASDAQ interviews, McDonnough harnesses the opportunities that present themselves—and having a few hundred potential &THEN attendees on hand is one of them.

Once he confirms that’s set, McDonnough rushes to check that the lunch flow is working as planned. It is. So, he dashes off to DMA’s offices a few blocks away to check in.

1:15 p.m. With the show flowing smoothly it’s easy for McDonnough to escort the four speakers to NASDAQ for their interviews. After speaking with the NASDAQ team about logistics, he rushes back to the Millennium Broadway to check on the room for the focus group and track down the gift cards for the participants. For McDonnough, success is in the details.

Once that’s complete he rejoins the group at NASDAQ to escort the speakers back to the hotel.

3:09 p.m. On his way to make final preparations for the focus group, McDonnough is stopped by a stringer for CBS, who asks for an impromptu video interview. Not only does he comply, but he also asks a colleague to find 360 Live Media Founder and CEO Don Neal so the reporter can interview him, as well. DMA is working with 360 Live Media on the launch of &THEN.

Interviews complete, McDonnough and Neal head to the conference room where Neal will be hosting the focus group. McDonnough notices a dearth of chairs and immediately dashes off to grab a few from the pressroom. Again, any task that needs doing to ensure success, McDonnough pitches in.

3:40 p.m. Focus group all set, McDonnough heads back down to the Hudson Theatre to run through final preparation for the afternoon keynote session. He meets with the tech staff and marketing team about each group’s logistics and operations, and then walks up to the box seats to rehearse his closing comments.

Next, McDonnough goes out to the theater lobby to greet Gilboa, escort him to the stage, and get him set up and settled in. Then they walk to the speaker green room to wait for attendees to arrive.

4:34 p.m. An enthusiastic McDonnough welcomes attendees to the afternoon keynote from the stage left box seat “to mix it up.” Again, he asks them to shake hands and say hello to each other. He wants to ensure that the day ends on a high note. Then he introduces Gilboa and vanishes behind the curtains.

5:28 p.m. Day one complete, McDonnough walks Gilboa to the theater entrance, and thanks him again. Then he turns to two of his colleagues: “Time for the reception.” No doubt, they’ll be toasting the success of an energizing and engaging first day of IMW 2015. 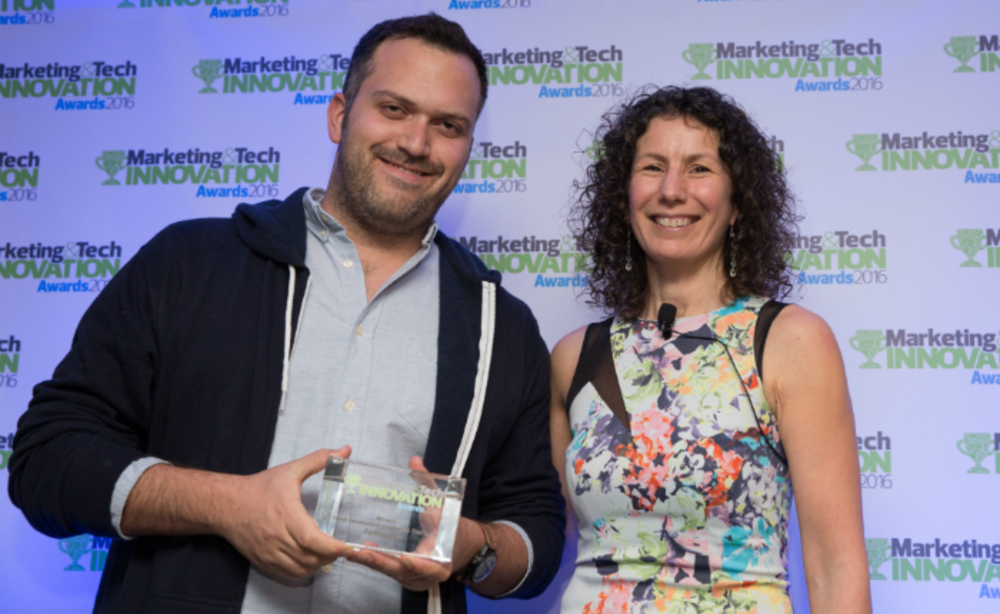 Tel Aviv-based AppsFlyer grabbed the judges’ attention with its vision for in-app advertising on mobile channels. Its mobile… 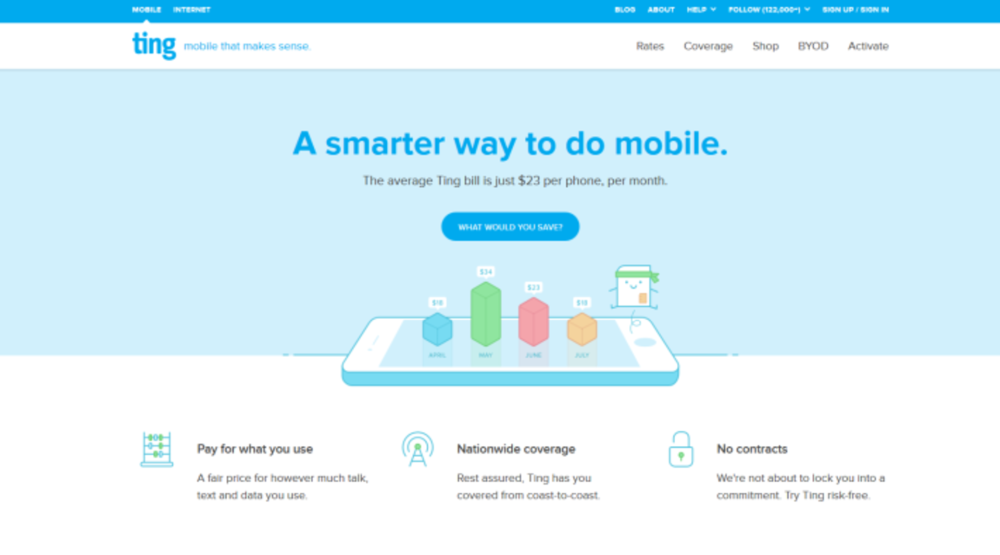 Photo source: Ting The population of smartphone owners is booming. Seventy-seven percent of Americans have a smartphone, according… 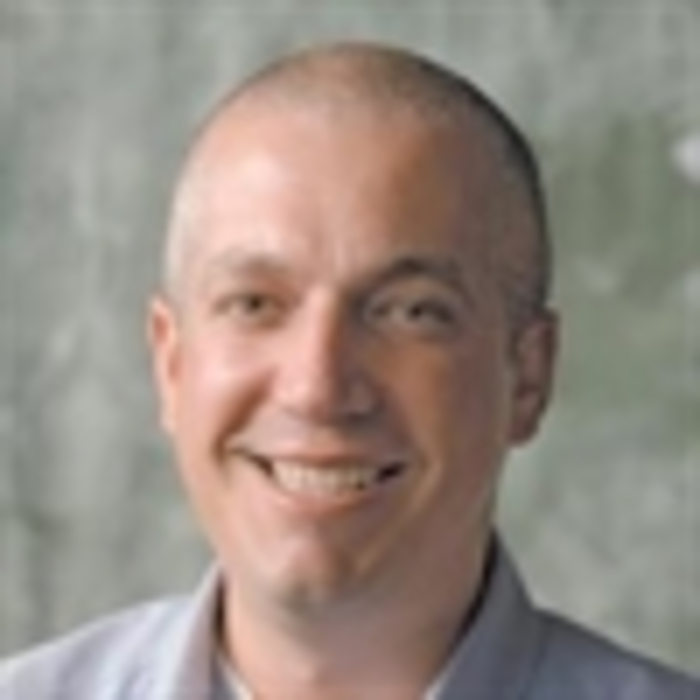