If I were to sum up my recent interaction with Gap Visa and GE Capital Retail Bank in tweet form, it would go something like this: “#ThatAwkwardMomentWhen your credit card is declined at a diner and the cashier looks at you like you’re a #totaldeadbeat Thanks @GAP @Visa.”

Several months ago there was some fraudulent activity on my Gap Visa card. Gap cancelled the card and issued me a new one. Totally standard operating procedure with which I have no complaint whatsoever. It’s what happened about a month later that got my dander up.

Having received my brand new card in the mail, I that very day went online to Gap’s eServices payment portal to associate my checking account with my new Gap card. You know, so I could pay my bill on time because I’m a good customer. In entering my checking info I transposed a couple of the numbers, which meant I wasn’t able to successfully make a payment. After two unsuccessful attempts, I phoned Gap customer service to iron out the problem and while I was at it I made my payment by phone.

It was a case of human error and human resolution. I made the mistake and then I spoke to a person who told me everything was back on track. But then automation kicked in and messed with my credit score, which is when I got a little angry.

Fast forward to one month later. I’m at a diner in Tenafly, New Jersey, and I’m picking up the check after dinner. I hand my card over to the cashier and—declined. Concerned that there was a hold on my card as the result of more fraudulent activity, I called Gap customer service again to get the scoop. And the scoop was this: Apparently it’s GE Capital Retail Bank policy (GE is the consumer lending unit that powers the Gap credit card through Visa) and GE Capital Retail Bank prerogative to, without notice, cancel any card within 30 days of two unsuccessful payment attempts. In other words, despite the fact that I’d spoken to multiple customer service people and made a large successful payment after the two unsuccessful attempts, neither Gap nor GE thought it pertinent to tell me that my card was akin to a ticking time bomb. I was allowed to keep using the card for 30 days and then, at the end of that time, it was closed without even an automated email to tell me.

The customer service representative I spoke to reopened my card, but told me that the credit bureaus had already been notified of the closure. They would, within 30 days, be notified that Gap had reopened the card, but by then it’s possible that the brief, temporary closure would have already negatively impacted my credit score.

When I mentioned to the customer service rep that I was a little ticked off not to have been informed over the course of the previous month that my card was destined for closure, I was told rather brusquely that “that’s not the way it works. It’s not like we purposely didn’t tell you, OK? It’s just that the information doesn’t show up on our screens that way.”

Now, I know that it’s perfectly legal for a credit card company to cancel a card without warning and I also know how credit cards work. Credit does not = my money. Credit is a privilege, not a right. But it’s a privilege I think I’ve earned with a clean record of always paying on time—and 99% of the time in full.

In an ideal world a long-time customer—I’ve been with Gap Visa since 2010—would receive the benefit of the doubt before having her account shuttered without so much as a by-your-leave. At the very least, although it’s not a credit card company’s obligation to do so, it would have been nice to have received an automated message informing me of the account’s closure so I didn’t have to find out from a disapproving cashier. Having your card declined is embarrassing, to say the least. So is promising you’ll “be back in a second, I swear!” and running off to find an ATM to settle your debt.

Gap’s Visa is just one of hundreds of credit card options out there—and in the age of the empowered consumer, brand loyalty should be the first thing on a credit card company’s proverbial mind.

I sent a complaint email to both the general Gap customer service address and to GE Bank on Friday afternoon. (You can read it above by clicking the link under the headline if you are so inclined.) There was no automated message to confirm receipt, so I assumed it had slipped into a kind of email wormhole, never to be seen or heard from again. Then on Monday morning at about 9:15 a.m. I received a phone call from a woman named Jennifer in Rapid City, South Dakota, to tell me that GE had received my email and would be reviewing my case in the next one to two days. She said GE would be responding in writing within seven to 10 business days.

I asked Jennifer if all complaints to [email protected] are acknowledged with a real, live phone call, and she answered in the affirmative. It’s a nice touch, but an automated response immediately upon receipt would do the same thing; just saying.

Now, that’s all well and good, and I look forward to hearing what GE Bank has to say, but the damage to my credit score is done, and the way I feel about the brand has been seriously tarnished. Whereas before I might have recommended the Gap Visa card to someone (“It’s great! You get all these discounts on Gap stuff.”), my feeling now would be more along the lines of: “Well, they closed my card without warning. And all you get is discounts on Gap stuff. Whatever.”

I’m not asking for special treatment, but I am saying this: A little customer service goes a long way in filling the gap between brand and consumer.

When I got home last night from work a letter from GE bank was waiting for me in my mailbox. Dated December 10 (the same day my card was terminated), the letter informed me of the card’s closure. About a week too late, but thanks.

1) Has GE Bank ever heard of email? There is no use in sending a physical letter than takes a week to arrive in a case like this. Clearly a card owner will encounter difficulty, confusion, and/or embarrassment in trying to use his or her card before the letter arrives. It’s kind of like having someone sneak into your bedroom at night and shave your head and then send you a postcard to tell you about it. The next time you look in the mirror, it’s going to be pretty clear you have no hair. Seems to me as if some kind of lazy automation system spat that letter out of its corporate maw.

2) If an automated system can produce a letter, it can easily produce an email, which would have been way more appropriate and could have gone out the day before the closure to warn me. I have an excellent history with Gap. That should count for something in my dealings with the company’s incompetent credit arm.

3) Why didn’t the customer service representative I spoke with who reopened my card for me tell me to watch out for, and ignore, the letter that was already on its way? If she forgot, fine. If she didn’t know, why didn’t she know?

Today a man named Kevin Maher, senior operations leader at GE Capital, called me on my cell phone. He was a “real person” in every sense of the term: a human with a job title and a direct phone line who knew the particulars of my specific case. He’d looked into my complaint personally and listened to a recording of my actual customer service call from the day after my card was closed.

When you have an issue with a company and you send a complaint email to a general address, this is the kind of follow-up you want.

First, he apologized profusely for the inconvenience and gave me a little more background on the ‘why’ behind the closure. GE Capital, like any creditor out there, has to stay on top of fraud and potential fraud. “We have lots of strategies to prevent fraud, and even I don’t understand all the intricate details,” he said.

Just look at what’s going on with the massive Target data breach.

He explained that there’s a trend out there right now for people to open credit cards, inflate the available credit while a payment is being processed—a payment they never intend to make because they’ve purposely provided bogus payment information—and then scoot off like a fraudster in the night. To combat this kind of behavior, GE’s policy is to close cards after several unsuccessful payment attempts. When a card like mine gets closed, that’s the “unintended consequence of us trying to stop fraud, and unfortunately that impacts some of our really good customers,” Maher said.

And I accept that. Maher said GE has had several issues in the recent past of customers complaining about sudden card closures, seemingly without cause, and the bank’s looking into creating a fraud prevention strategy for this scenario that doesn’t ensnare innocent bystanders. Another fraud prevention strategy currently in play means that my card could be closed anytime within the next three months if there’s another unsuccessful payment attempt. After three months I’m in the clear. That’s just the way the system works at the moment. Maher said he and his team are also looking into that.

Maher assured me that my card’s brief closure would not affect my credit score; the credit bureaus had been immediately notified about the situation. He also apologized for the embarrassment at the restaurant and said he’d be adding a $100 credit to my card for “a nice dinner on GE.” I thanked him.

So, what do I take away from this whole situation?

1) It pays to stand up for yourself.

2) Consumers (and I of course include myself in that designation) want to be treated well by the brands they choose to do business with. But brands aren’t people. Brands can make mistakes, but it’s up to people to fix them.

Companies usually depend on campaigns to create buzz, but in the case of Major League Baseball’s “There’s Only One October” campaign,…

Advanta has released a new Platinum Business Card for Online Marketers, offering cash back rewards for a variety… 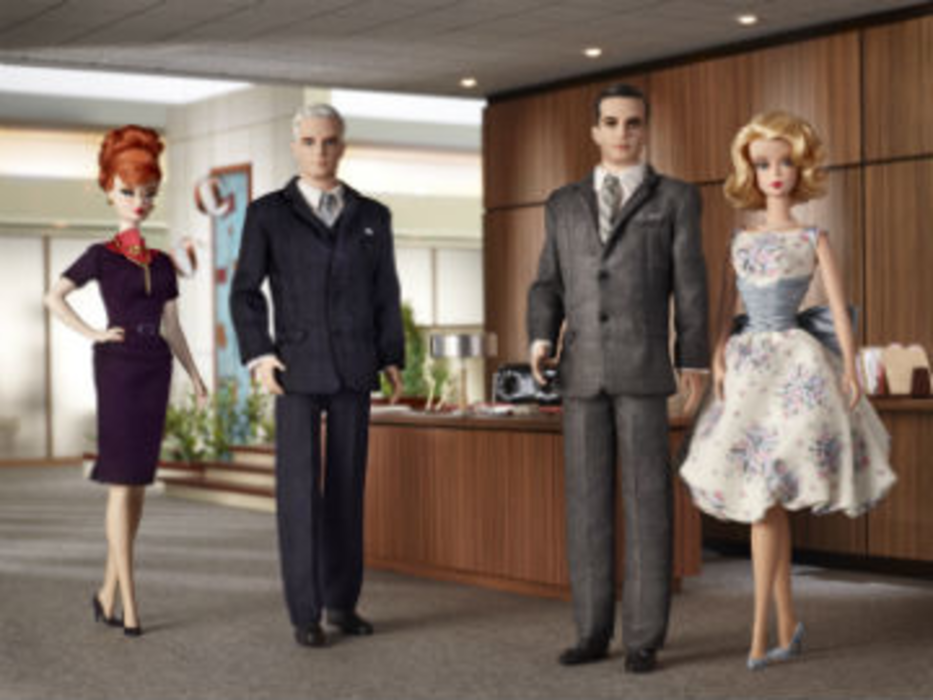 Don’t Toy With Your Loyal Customers

A new customer is to a marketer what a new Barbie was to me at age five: Shiny,…