Should Marketers Care About NFTs?

Breaking onto the scene in late 2021, Non-Fungible Tokens, or NFTs, threw an uppercut to the financial world’s market that no one could have fully predicted. Attaching themselves into culture with high-profile purchases among a-list celebrities, grossing roughly 68,000 quantifiable scales in August 2021 and even building beer brands outside of the virtual space. Yet as quickly as they appeared and for as massively as they hit, a year later NFTs have already fallen into relative obscurity. Seemingly now a shadow compared to the unknowable, untouchable juggernaut that broke the internet as well as the minds of so many.

A mix of a new frontier, financial promises, a heavy dose of internet culture and an abundant lack of clarity, NFTs earned themselves a spot under the lights of late night talk shows, garnered a (horrible) SNL skit, and found themselves sizable real estate amongst common conversation in early 2022’s colder months.

All propagated by a simple question: what’s an NFT? It’s like an exclusive, digital item that you own on a blockchain. Alright, but what does it do? It makes money, sort of.

This is a question that in its heyday seemingly nobody could answer with a modicum of verisimilitude. But now, with the dust settled, we can break down the essence of the infamous NFT. And whether that digital certification of ownership is something anyone should care about.

Are NFTs Worth It?

Simply put, whether NFTs are a rational tool will often depend on the type of business and the nature of the product being sold. If the marketer uses the medium of NFTs for the goal of advertisement and ultimately sale closure, then it could serve as an effective path.

By the time NFTs had become well known by the average person, certain circles and brands had already been turning over sales of around 152,000 NFTs frequently across the industry. Larva Labs’ CryptoPunks reached roughly 1 billion in total sales this past year. Other notable companies such as Bored Ape Yacht Club, turned a less successful, albeit similar profit. Even now, there still exists lucrative amounts of capital moving through the market with an average 11 million in total daily sales not being uncommon.

The appeal of the NFT mirrors one seen with art. If you own the piece that is estimated at a certain specific value, you in essence own that value. This is specifically predicated on the rarity and esteem of the current market sheltering it. However, unlike its physical counterpart, the NFT straddles the penumbra of sensibility and the uncanny. This is by the simple measure of ownership and the fallacy of ‘Shift+Cmd+4.’

This is often the part that people misunderstand about the concept of a NFT. With art, you would generally hold the physical piece. Or with a stock, you own a fractional part of the tangible company. With an NFT, you own not necessarily the image itself, but the file’s place on the blockchain.

Did that last point break your brain again? Fundamentally, the basis of the NFT being itself unique. It’s often part of a set with generated features and the right of its ownership on the blockchain is what you are buying. Your ownership only exists in the sense of the strength and utility of the blockchain which in itself roughly exists as: a data-storage entity that utilizes a “fill-a-block then chain another” methodology in which all blocks once filled are secured by its crystallization within the timeline chain.

Contrast this with databases that use a table method for data storage. Thus nothing is “set in stone” so to speak. All of this is very convoluted, which leads to the biggest wall of the NFT: it’s lack of accessibility. The greatest strength of the blockchain and NFTs being its decentralization. This ultimately seems to serve in spirit to be the greatest detractor. NFTs are somewhat hard to break into and fully grasp for the common person. Even if an NFT makes someone aware of the brand or product, you may be shooting your funding down a very long, very narrow hole.

What the Marketer Needs to Know

For the marketer staunch in his convictions of the NFT and fully sold on its utility, there stands (the often) herculean task of convincing the person who pays you for your services that this is a good use of their coveted resources. Will this make me money? Is this an investment?

Marketer’s eyes are in essence to scope out channels of sale and act as arbiters of awareness. The unprecedented boom of NFTs is something that, while not necessarily novel, demonstrated a new frontier of the most powerful thing humanity has ever invented, the internet. The phenomenon of NFTs was found in the sheer hype over a new, distinguished form of transaction.

For the keen marketer, this is something to always remain privy to. A language that should be adopted into the lexicon, even if the NFT curriculum isn’t religiously adhered to. And the fluency is sporadic. The tokens ultimately serve as they have and as they will continue to. They act as a transitional medium for perceived and substantiated value.

Even writing this, a year since their emphatic rise to prominence NFTs are still routinely netting roughly 20,000 USD in monthly sales, with the 20th of September netting nearly 17 million across NFT sales, a modest amount within the market. While the day-to-day world has largely passed through its “Crypto-Phase”, NFTs remain a fully aware and realized market to the consumer or marketer looking to make use of their distinguished nature and diverging capabilities.

Essentially, the keen marketer should know and be aware of every venue. The opportunities and mediums of advertisement exist as a finite number until finding the next. NFTs serve a unique position in that, and as the industry grows marketing opportunities will as well. 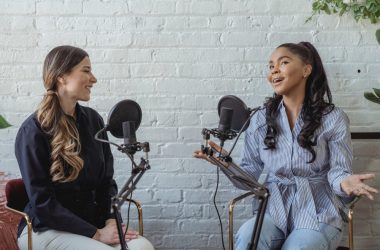 In an effort to keep up with evolving consumer media consumption habits, an increasing number of brands and… 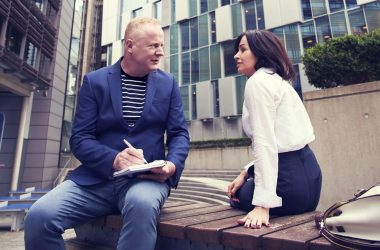 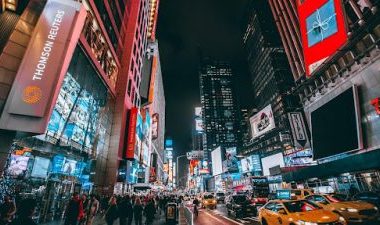 Marketing leaders and teams are routinely tasked with keeping the numbers up with their marketing strategy. Your performance…