Getting Religious About Customer Psychology

One of the largest, global businesses is one we don’t price compare, tax, or even classify as a business: religion.

On average Americans tithe 2.38% of their annual incomes to churches, according to a study by empty tomb inc., a Christian research and service organization that has been tracking tithing trends since 1968. That percentage equals about $93 billion a year across all religions for households tithing on a $40,000 income. To put it into perspective, the worldwide video game market—including mobile gaming and video game console and software sales—was projected to reach $93 billion in 2013, according to Gartner.

Consider the following: The Catholic Church spent $170 billion in 2010 in the U.S. alone, according to a March 2013 MSN Money article. About $5 billion of that went to aid the poor. Compare that $170 billion spend in 2010 with Apple’s 2013 gross sales of about $217 billion (Dazinfo 2013). Similarly, the fastest growing religion in U.S. history, Mormonism, generates $7 billion a year from just tithing in North America alone. The the Mormon Church also has real estate and for-profit assets well over $35 billion, according to Reuters. Since 1985 the Church has donated $1.4 billion to disaster relief; that’s roughly $51 million a year out of a multibillion-dollar annual income.

When you consider that religions don’t pay taxes on multibillion-dollar incomes or have charitable requirements to meet, religion adds up to big business. Despite supplementing tithing income with gains from investments and for-profit holdings, it’s essential for religious organizations to maintain a high-level of tithing obedience among faithful members and regularly convert new tithe payers.

Psychologically humans are programmed to be faithful followers of religions. With 2.1 billion Christians, 1.3 billion Islam followers, 851 million Hindus, and 375 million Buddhists, the numbers speak for themselves. Whether part of a concerted missionary effort or not, religions offer us key elements to a rewarding human existence.  According to Steven Reiss, author of Who Am I? 16 Basic Desires That Motivate Our Actions and Define Our Personalities, religious affiliation can be associated with more than half of the strongest human motivators. See for yourself in the list below.

The brands that successfully convert new followers and keep members faithful for years are those that tap into these basic human needs and pillars. Consider, for example, American Express. For 50 years the financial services organization has referred to its patrons as “members” rather than “customers.” It’s also built an iconic brand by offering distinctive privileges, experiences, and services based on members’ brand loyalty and participation. The goal is to make them feel privileged, superior, and part of an exclusive way of life for the chosen few. It works. Its membership rewards program grew exponentially within weeks of its initial launch and continues to be among the most successful loyalty programs today.

Apple is another “brand” religion. In fact, with a Q1 2014 record quarter of $57 billion in gross revenue, it’s fair to say that has Apple has become one of the great religions of the consumer world. Like religion Apple has created symbols of belonging with its white ear buds, sleek iPads, and laptops with its radiant star-like Apple symbol. The brand presents a clear vision of how its products align with many of life’s desires: freedom, power, connections, status, individualism.

Evangelism comes naturally among millions of Apple users. Just ask MacBook Pro or iPhone owners what they think of their product. Chances are, you’ll find yourself in a long, enthusiastic conversation praising Apple and how it makes life better. Apple has also created unique rituals for its religion, such as its Genius Bar, its casual, personal style of selling, and its lack of cash registers and counters that would create barriers between customers and the preachers (i.e. sales staff).

Building your brand’s religion is simpler than it might seem. The first step is to move beyond orthodox marketing activities and towards those that connect with customers’ souls—mainly, by tapping those strong psychological needs that validate our existence and promises of joy.

Although you can’t offer eternal life or lasting joy with much credibility, you can offer promises aligned with the unconscious and conscious desires that drive most behavior. How religiously you do this is what will set your brand up for success in your life and your hereafter. 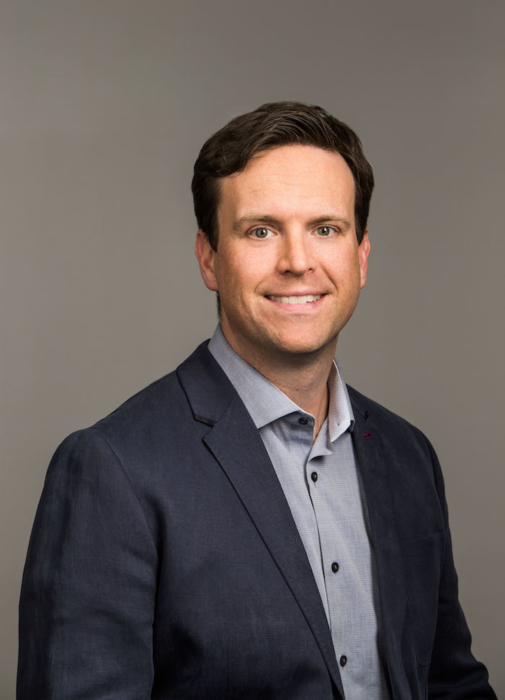 The following is an email Q&A with Matt Garratt, VP of Salesforce Ventures & Corporate Development How do you…

You’ve heard the hype, seen the numbers, and been wowed by the unbelievable growth of the new buzz…