One of the biggest challenges a marketer faces is knowing. How do you know the results of your campaign? Is it click-through rates? Open-rates? Ad impressions? Clicks? Conversion rates? Numbers can tell a story, but they don’t always tell the story you want or need to read. And in some cases, numbers and statistics can be moved around to tell whatever story needs to be told. And at the end of the year, when it’s time for performance reviews, only one question will determine the marketer’s fate. How did you add value to the company in terms of increased revenue?

When that day comes, when the CEO, CFO, COO or VP asks you how your campaign has performed because quarterly earnings are in and next year’s budget is on the line, what will you say?

“We got the most clicks on our banner ads,” just isn’t going to cut it. More and more, as data is an integral player in digital marketing campaigns, marketers need to understand how it can help them get the results they need to make sure they company thrives (and to get a bigger budget, too, which can’t hurt.)

I spoke to Mike Bartels of Tobii Pro, an eye-tracking technology company, which applies literally decades-old technology in the service of marketers and advertisers based on a very simple criterion: where the customer is looking.

“[Eye-tracking] has been around for almost 50 years in one form or another,” Bartels said in an interview with me. “The primary advantage of eye-tracking is that it’s an objective, quantifiable way of measuring what captures people’s attention.” Bartels pointed out in the era of being flooded with options, particularly when it comes to advertising, it’s good to have an objective measuring stick to see where the user is being most drawn to over a certain period of time.

Harry Kargman, founder and CEO of mobile advertising company Kargo has been doing researching of the efficacy of creative formats.  “Eye tracking is a means to an end: how do you know if the consumer is paying attention?” he asked during an interview with me. Like a good researcher, Kargman knows what questions to ask. “It’s not just about whether the creative is on the screen. You really are sort of studying whether a human being see the experience and process it, and can we prove it enters the subconscious or they consider it for a moment in time.”

“Can you prove that? Is that possible?” I asked.

“It is possible,” Kargman said. “But I think the bottom line is there’s an assumption that if your retina focuses on a section on the screen, that you can say definitively that they saw it and probably processed that information.”

The implications of this are pretty significant, and they also expose certain assumptions about conventional marketing wisdom. Kargo did a research study with Tobii that overturned the belief that a high viewability rating is a measure of success. But consumers are constantly bombarded with ads, and have learned to tune them out. Eye-tracking technology can actually tells you whether they did or not, and whether they processed it. The numbers were pretty surprising: with 100 percent viewability, the memorability was only 1.3 percent. Yikes. So viewability, however high, doesn’t mean the customer is necessarily looking at it. This led Kargo to implement a simple change: pinning the ad down on the screen, which was slightly higher, 3.9 percent. But Instagram as, which only have 50 percent viewability, but has a much higher effectiveness rate – 10.8 percent. None of these insights would be possible without the empirical data that eye-tracking provided.

Data’s importance in marketing is that it shakes up pre-conceived notions and assumptions of consumer behavior. It’s true that customer experience matters – a lot –  but it is increasingly becoming something you need to quantify in hard, crunchable numbers. The analysis is supposed to help the marketer’s instinct with a sound foundation, and it removes the guesswork from the process that is still very much trial and error. It may not seem fair, but a marketer constantly needs to justify their budgets, their campaigns, and their ideas. It’s long past time for marketers to be armed with the best empirical data out there. While there’s no silver bullet, the eye tracking can be an important part of the marketer’s arsenal. 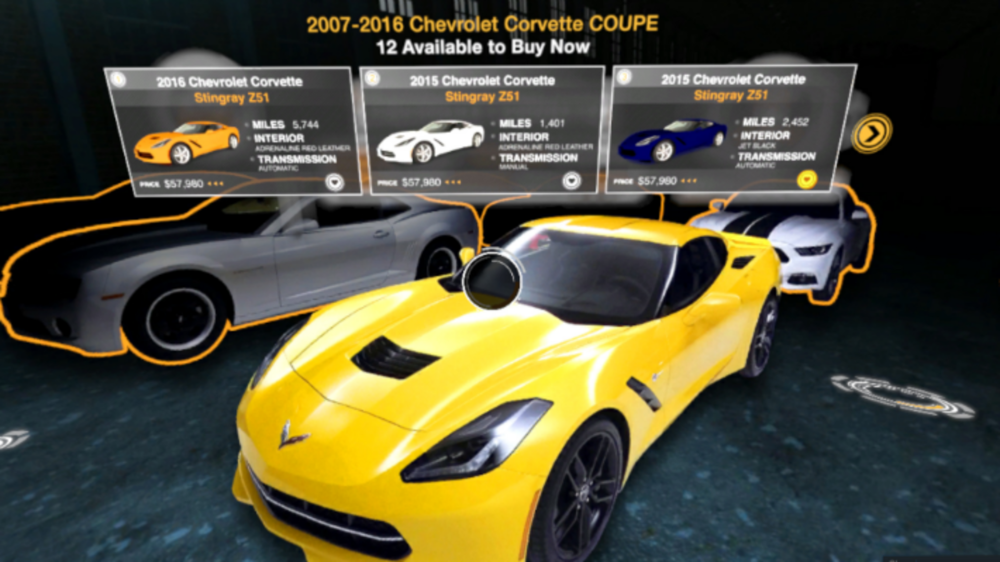 Putting the Pedal to the Metal With Virtual Reality

In 2015, more than 10% of all purchases in the United States were made over the internet—another double-digit…