Omer Artun is founder and CEO of AgilOne, the B2C customer data platform. He also has a deep background in the academic foundations of AI: specifically, a doctorate in physics and computational neuroscience from Brown University. He’s also author of an ahead-of-the-game look at predictive marketing, published by Wiley in 2015.

Who better to lay out for us the ways AI and machine learning can be applied in the worlds of marketing and commerce?

“I have a PhD in machine learning from back in the old days,” Artun told me. “My whole passion, throughout my career, has been to bring AI into the business world. It’s become a trendy thing now, but when I was talking about it, six or seven years ago, people didn’t know what I was talking about.

“I felt I could make marketing more efficient if I introduced machine learning to it, because it’s a way to simplify how marketers can deal with data.  There are some natural properties of the AI and machine learning framework that fit really well with the problem set.

“Number one, you have to have lots of data. If you have small data-sets, machine learning can’t help. Second, a lot of problems have been approached with deterministic [rule-governed] algorithms; like if you’re doing your taxes, AI is no use; it’s very rigid formulas. Machine learning, however, is good where you don’t have explicit programming – you have implicit programming which learns from the data.”

In fact: “It’s okay if data is noisy.  For example, say five people buy something. One person sees an ad, somebody searches it and buys it, somebody else browses for it, then goes away and buys it from a store. Their journeys are very different. That noise or variability is something that machine learning has an easier time dealing with.”

“Another type of problem AI really helps out with,” said Artun, “is where you have underlying data or patterns that change over time.” For example, someone changes their interests in buying patterns as they get older, or as their life changes. “The system needs to evolve with this. It needs to recognize the pattern of what’s happening today; but over time, as things change, it needs to adapt. Machine learning algorithms are good at adapting to changing data.”

Marketing starts with the basic heuristics of human behavior. In other words, how people typically figure out how to deal with their environment.

“I go back to a 1940’s butcher shop, where one guy has a lot of customers,” Artun explained. “He knows them by name, he knows what they like to buy, and he can provide an ultimate experience to 50 or 100 people. Fast forward to today, and you have marketers with two million customers they need to deal with. You have to take all the heuristics that butcher had, seventy years ago, and try to mimic that in algorithms.” There are different ways to go about this with AI.

Artun breaks AI down into unsupervised, semi-supervised, and supervised learning. The strategies have a wide range of applications, but here’s how Artun deploys them on customer data.

Unsupervised learning is what the machines (or algorithms) can do without human assistance, once they’re trained and set up with a steady diet of data. “For 2 million customers, I might have 10 or 15 personas, so that I can talk to people differently.  For example, some people buy joint medicine because they’re weightlifting; others buy it because they’re aging. Recognizing what else they buy, and how you group them, completely changes the conversation you have with those customers. If you buy heart medicine with joint medicine, you may be an older person trying to stay healthy.”

Looking at the data, and grouping things together that are similar (“clustering”), reflects a very basic human heuristic. Importantly, it reduces complexity. That’s what the butcher did; but it’s what machine learning can do at scale.

This is where humans help the machines with making nuanced distinctions. Collaborative filtering makes recommendations based on people’s expressed preferences. But take, as an example, the term “data center.” It can have subtly different implications, depending on whether someone’s main interest lies in IT security or IT infrastructure.

Clustering according to that subtle difference –  hard for machines to recognize – then letting the algorithms loose on those clusters, Artun was able to raise the likelihood of users finding the articles they actually wanted (in the top 20 search results) from 60 percent to 93 percent.

Coming back to predictions, it’s another basic human heuristic to expect consistent experiences. “If I see two eyes above your nose, I expect them to still be there in two minutes. We make guesses, and we check reality against our guesses, and that happens on a really fast cycle. We pay attention when what we expect in fact doesn’t happen.”

Whereas with unsupervised learning, there’s no outcome (“It just groups things together”), supervised learning comes into play when there’s an expectation – prediction – that things will turn out a certain way. If they don’t, there are practical ways marketers can respond: If a segment doesn’t convert at the rate predicted, for example, discounts or offers can be fine-tuned; if there’s a risk of losing a good customer, a churn program can be initiated. Marketing spend optimization, margin maximization, churn prevention – there’s a whole set of problems this use of AI solves for.

It is possible, Artun agrees, to be completely hands off; to allow the machines to do all the fine tuning of pricing and even creative (an example of a retail brand doing just that here). That’s not what Artun recommends: “You need to design the system in a way that it’s constantly testing different things, learning from the tests, and adapting itself. What machines cannot do is the creativity part: What machines can do is test a  bunch of stuff. It will have no intuition about what kind of image to use, or what offer will convert. That’s where human interaction becomes important. There are certain classes of problems that there’s no way to automate.”

One factor driving the recent AI surge is the relatively recently developed ability of computers to analyse and interpret unstructured data, like images and audio. Artun puts it into historical context. “Part of my PhD was funded by the Office of Naval Research.” He worked on applying AI to images to detect mines. One of his colleagues worked on a project for the USPS to recognize images of addresses on envelopes.

“But we were significantly computationally strapped. So the algorithms existed, but we couldn’t do it at large scale. Now I can call on an almost infinite amount of computational power. That’s what has unlocked some of these algorithms to train on much bigger data sets, much higher resolution images, and so on.”

Artun himself got his business start in B2B, but he finds the B2C space “more exciting” for AI. For one thing, everything can be automated end-to-end – in B2B, there’s a salesperson, and if they’re having a bad day, “the machine can’t really intervene.” There’s also much more data available in the B2C space.

But are the major B2C players getting it yet? “Did people in the past predict which customers were likely to buy, without AI? Of course they did. In the catalog world, where each catalog cost 75 cents, marketers relied on things like RFM techniques (recency, frequency, monetary value), which was a model to predict who was likely to buy something. Then logistic regression came along. Now you have machine learning. How does that compare? If you had 85 percent accuracy with RFM, and 90 percent with logistic regression, machine learning will take it to 93, 94 percent.”

It’s not a situation, in other words, where nothing like this has been attempted before; in the past, it was just cruder and more rule-based. “It’s more about improving the accuracy and the scale of it.” 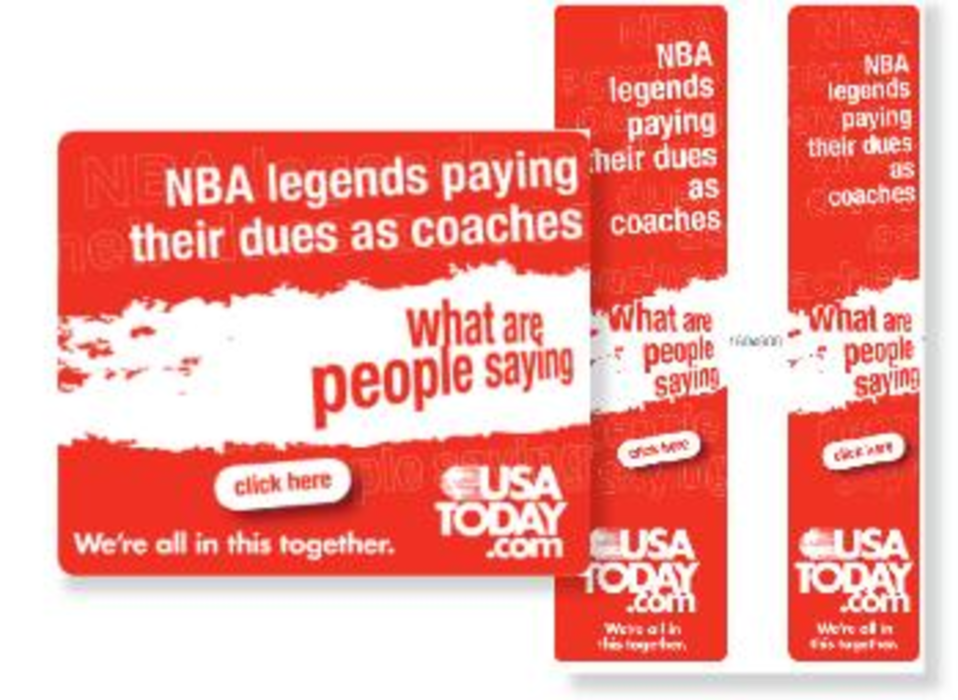 For many years, direct marketing messages were mostly about a company and its products, with little thought given…

The Best Birthdays Are Multichannel

For many, birthdays are all about the gifts. And while I’m certainly not one to shun a bow-topped…