Emailing in Synch With the Customer Lifecyle

Customer lifecycles vary by industry, and by company. So, it’s only logical that email marketers align their email campaign strategies with those lifecycles. Customers of a clothing retailer, for example, warrant different email frequencies and types than customers of an auto manufacturer. Sending too few or too many emails to the wrong customers at the wrong time or with the wrong messaging can negatively impact the customer experience—and in the case of over-emailing, risk opt outs and spam complaints.

As a result some email marketers are aligned with different stages in their customer’s lifecycles. Some may be transactional, but the great majority use content to forge engagement. “When you break down these [email] series, they may not generate a ton of revenue, but they create a better customer experience. As a result…people come back and buy more,” says Loren McDonald, VP of industry relations at Silverpop. Adds Blue Hornet VP of Strategic Services Kara Trivunovic: “It’s not just about ‘what’ anymore. It’s about ‘when.’”

It’s also about email service providers [ESPs] raising the standards governing what makes it into the inbox. “Marketers didn’t start targeting and segmenting to provide better service. They did it because direct mail got expensive,” Trivunovic says. “So, in the long run, batching and blasting [in email] will get expensive because the ESPs and the consumers will tune you out.”

Following are the stories of three companies that are using emails to tune into customers with three very different lifecyles.

No more foolin’ around

Seemingly, subscription-based services like The Motley Fool would have an obvious approach to aligning its email strategy with its customers’ lifecycle. The online investment advisor sells one-year subscriptions to various service packages; so one might assume that sending new members a few welcome emails, and then peppering them with renewal messages in month 11 would suffice. But just like the investment advice at Motley Fool, the company’s email strategy is hardly so cut-and-dried—not since the company decided in 2012 to take a more analytical approach.

“We drilled down into the best ways to welcome customers to a new service, and we ended up with a lifecycle email program consisting of three buckets,” says Danny Hsia, manager of member retention communications. They’re the welcome, the “mid-tention,” and the renewal periods.

When investors buy an annual subscription from Motley Fool, ranging from $99 for the most basic stock advisory to $8,000 for access to all investment services, they receive emails on days one, three, five, and 10 of their memberships. Although commonly known email best practices suggest that one well-timed welcome email is usually sufficient, Motley Fool requires an extended hello to deliver five pieces of content aimed at providing basic investment knowledge and website instruction.

Once duly initiated, new “Fools”(as the company fondly calls its members) enter the “mid-tention” phase, which lasts most of the year. During this phase Motley Fool emails are dispatched to members depending on their website behavior—or lack thereof—to keep them engaged. “It’s not, ‘Hey Joe, you missed out on this opportunity.’ It’s, ‘Hey Joe, you haven’t been to the site; let’s get you back,’” Hsia says.

This phase of the customer lifecycle has a significant impact on renewals—and it’s too late to use analytics to move the needle much on renewals during the renewal phase—so Motley Fool sought to increase the effectiveness of its emails during the “mid-tention” period by better understanding and reacting to customer behavior. The company implemented analytics tools from StrongMail (now StrongView) in May 2012. Then Hsia’s member retention department began recording members’ actions on the website and popping up surveys to them to learn more about their preferences. The findings of both helped to dictate the content of the subsequent emails each customer would receive.

“We want to know their current stocks, which stocks they watch, how much money they have to invest,” Hsia says. “We want to home in on their behavior and do everything we can to keep them more engaged.”

Hsia’s team is also testing triggered emails based on behavior. “We would expect someone who’s been a member for three months, for instance, to have been to a certain page. If they haven’t, we send them an email that says, ‘Hey, you should really check out this page,’” Hsia says.

After one year under the new program, The Motley Fool’s net retention rate (a measure of renewals minus refunds claimed) increased by 16%. “We firmly believe that our focus on the member lifecycle has helped contribute to that improvement,” Hsia says, “along with excellent investing returns and a great member experience, of course.”

A reason to give pause

Where The Motley Fool’s customer lifecycle is a neatly defined year, an hourly-wage job seeker using SnagAJob.com may engage for a few weeks, get a job, and drop out of sight, then return a year later looking for another job. “We work mainly in the restaurant and retail space, and [employee] turnover cycles are in the six- to 12-month range,” says Jason Deitz, engagement manager for SnagAJob, whose clients include Home Depot, T-Mobile, and Target.

The SnagAJob user’s lifecycle is akin to that of the mayfly. Job searchers sign up. On day two, they start receiving emails featuring job listings based on their locations and experience levels. Often, they’re hired within a week or two, so if they fail to engage with SnagAJob by day seven, they’re poised for email hibernation. SnagAJob sends these disengaged users daily emails, attempting to drive them back to the website. But if they’ve been inactive in terms of job searching on its website for 60 days or haven’t opened an email for 45 days, SnagAJob “snoozes” them. The company retains their profiles, though, and should they show up again months later, they are “un-snoozed” and the process begins anew.

Despite his title, engagement is not Deitz’s most crucial challenge. New sign-ups receive two to three emails a day from SnagAJob and their average response time on all of them is under a minute. But since most of SnagAJobs’ job-seeker customers use competitors’ websites, too, Deitz’s most important role is finding the right jobs for its subscribers. If SnagAJob can do that on a more regular basis than its competitors, engagement increases significantly.

SnagAJob enlisted the services of Blue Hornet to increase the relevancy of the job listings it emails to subscribers. Blue Hornet created a logic-base algorithm for the company that—tied to responses on subscriber questionnaires—prioritizes the jobs they’re most likely to respond to. Not only does this benefit SnagAJob in terms of subscriber retention, it also helps with client retention. The company positions itself to clients as a low-cost personnel provider. It charges by listing, so it’s easy for clients to drop SnagAJob if the results aren’t there.

“What we try to do is extend [job-seekers’] lifecycles based on relevance,” Deitz says. “If we give them jobs that aren’t relevant to them, they’re going to quickly tune us out. Almost half of them are unemployed, so we have leeway with the aggressiveness we use to contact them. However, we choose to let relevancy dictate the frequency.”

Deitz’s mission is to drive numbers of member applications and, while he wouldn’t share specific numbers, he says SnagAJob has seen a “pretty big spike” in customer sign-ups since revamping its email operation, especially following a relaunch of its mobile website last December.

What Deitz refers to as the “explosion” in mobile engagement has made email’s role even more crucial in driving candidates to the website while on their PCs. Where 35% of visits originated from mobile devices at the beginning of 2012, the number has quickly swelled to 50%. “It’s quickened the immediacy. We can reach job seekers sooner,” Deitz says, noting that one challenge he’s working to overcome is that profile questionnaires are difficult to fill out on cell phone keyboards. “The sooner we’re able to get applications to show up in the [online] management suite, the better it will be.”

Nathan Decker’s mission at Evo is to use email marketing to create lifecycles for customers who don’t have them. To this online retailer of skiing and snow-, skate-, and wakeboarding gear, customers are catch-as-catch-can. Their interests are seasonal and most don’t have annual needs for new skis or wakeboards.

“Our premise is to create a brand exchange with our customers. We want to be part of their lifestyles, not a discount retailer,” says Decker, senior manager of e-commerce for Evo. So, Evo added the off-season to its email marketing strategy to “create” a customer lifecycle instead of just sending transaction- and gear-focused emails in season. Now, along with links to instructional videos on technique and reports about major sports events, Evo emails present news from trade shows to engage customers with updates on equipment developments in the off-season.

“We present people with stuff they want, so it will find its way into their inboxes,” Decker says. “The ESPs are getting much more strict about what emails they let in. Batch-and-blast programs are starting to lose deliverability. It’s much more challenging to target than it sounds.”

To help improve deliverability and relevancy with its new, richer email program, Evo brought in WindsorCircle to clean up its customer data and implemented Silverpop for email automation. That led to a redesigned website with image collages and blog pages that surround the brand with content that Evo can point to in its emails. Automation and improved customer profiles also bolstered the email effort.

“We used to have a welcome series of emails that were very manual. We’d change them every week or two, but we weren’t monetizing those customers because it wasn’t an automated process,” Decker says.

With automation in place, Evo now sends fewer, more targeted emails. Decker says that on some weeks they see a 30% increase in click-through rates, sending only half the emails it sent two years ago. One of the big reasons, besides better deliverability, is better customer information. In tracking customer activity throughout a year’s cycle, for instance, Evo found that customers exhibited little crossover interest in sporting activities. Apparel categories did have widespread appeal, however, so gear became a common theme of off-season emails.

Decker says Evo now sends a variety of email cycles based on a mix of customers’ engagement levels, profiles, and potential to generate revenue. “Our email program has become content leveraged through automation,” he says, adding that instead of focusing solely on transactional messaging, “now there’s all kinds of fun stuff in our emails.” 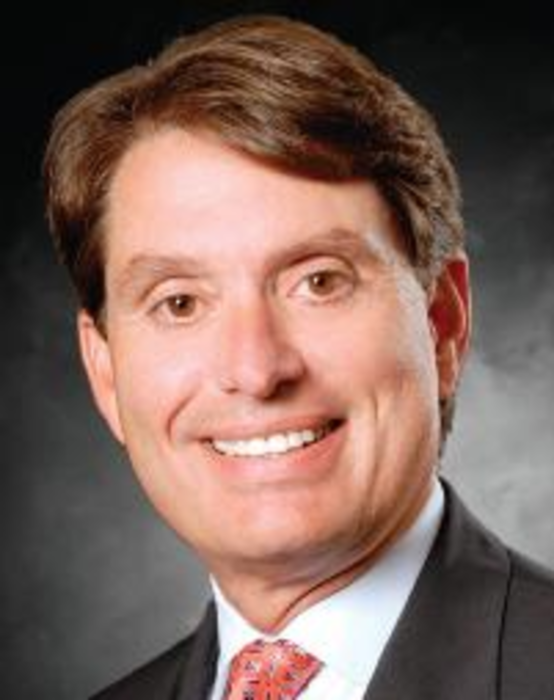 Q: You played a critical role in transforming TV Guide from listings to a full-on magazine. Can you… 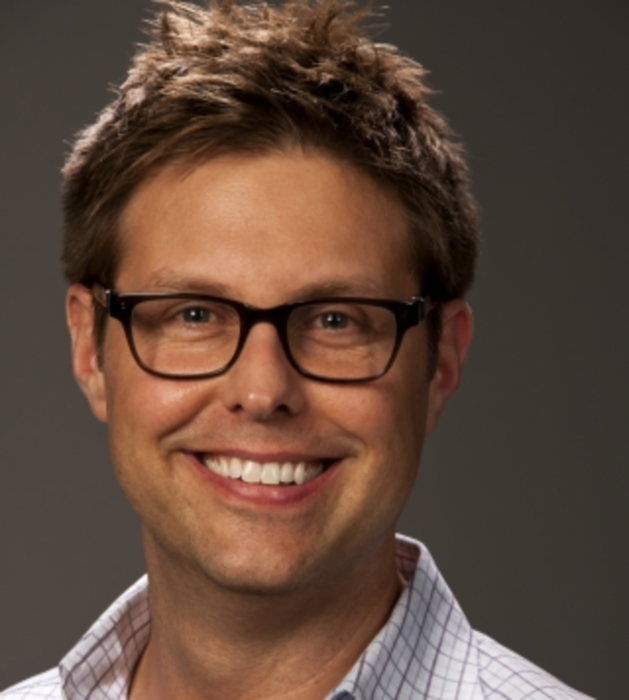 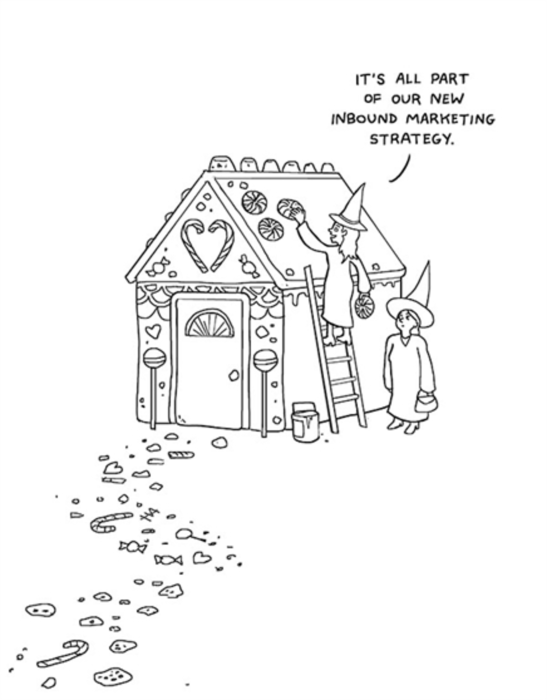 Cartoon: The Pull of Inbound Marketing