As they say, “there’s no place like home for the holidays.”

And according to preliminary data, it seems shoppers are ditching the long lines and midnight shopping sprees to cash in on door-buster deals from their desktops – or at the convenience of their smartphones – this holiday season.

Conversion rates also saw double-digit gains across both desktop and mobile. Mobile was a driving force, accounting for 60 percent of site traffic and around 41 percent of online orders, according to Salesforce.

Not to mention, Amazon. Though their numbers won’t be out until later in Q4, the company saw a stock jump that sent CEO Jeff Bezos’ net worth into the triple digits (in billions, that is).

“As the numbers come in after Black Friday, it is clear that more shoppers are opting to buy online rather than in-store, which is why it is more important than ever that retailers understand the behaviors and motivations of their online customers,” Pini Yakuel, CEO of Optimove, said in a release.

A head start on Black Friday

Companies wasted no time generating buzz this year, with some retailers extending their sales beyond the traditional Thanksgiving-through-Cyber-Monday boundaries with discount deals and online promotions starting as early as the Monday before the holiday weekend.

According to First Data, the three weeks leading up to the Thanksgiving showed considerable growth (Adobe marks $38.3 billion in spending since Nov. 1) which snowballed into stronger sales through the shopping holiday.

“It seems this year, the term ‘Black Friday’ has transformed from a 36-hour sales event loaded with single day deals to a week-long buzz word that began the Monday before Thanksgiving and ended yesterday – over a 7 day stretch this year,” Wisnefski said in a release.

The search is on

Digital marketing took the reins on conversion rates this year, with paid search making up nearly 23.3 percent of sales this season. However, direct traffic and email campaigns were not far behind. All in all, promotional campaigns drove more than 70 percent of sales.

The key to competition, outside of keywords, comes down to personalized campaigns and fostering brand loyalty that keeps consumers coming back. According to Salesforce, nearly 30 percent of revenue stemmed from shopping recommendations tailored to consumer habits with the help of A.I. insights.

“On Black Friday last year, our research showed that 71 percent of shoppers had bought something from the brand before at some stage,” Yakuel said. “The challenge for retailers is to continue building on this relationship outside of the pre-Christmas and sales period.” 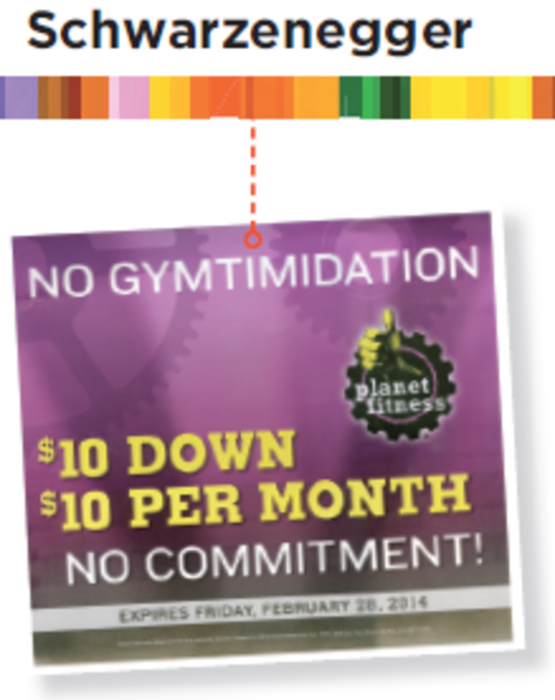 What’s in our mailbox this month: Planet Fitness displays near-perfect technique with its mailer. Its odd size, 10”…

Flavie Lemarchand-Wood writes to tell us of the passing of her father, Patrick Lemarchand, a leading executive at…

The Future of SalesTech