As Valentine’s Day approaches, single consumers are shopping for love on the Web, and online dating sites are looking to attract them, making online dating a growth area for e-commerce.

The US online dating market will reach $932 million in 2011, and European online dating will double by the same time, according to JupiterResearch. The beginning of the year is one of the busiest times for this market.

“January and February are usu­ally the best times of the year for online dating sites, because people usually come into the New Year with resolutions,” said Sam Yagan, co-founder and CEO of OkCupid.com, a free online dating service. “The most common resolutions are to save more money, work out more and improve a relationship or find a new one. No one wants to be alone on Valentine’s Day.”

Statistics back up the opinion that this is a great time of year for online dating sites to acquire new customers.

According to Datran Media, for new customer acquisition in the dating category, spending spikes in late January and early February by an average of 18%, and there is a 10% increase in conversion rate from click to Free Trial sign up. It also reports that one of its dating advertisers has seen a 300% increase in new member activity in January month-to-date from December month-to-date. It also found that Valentine’s Day-themed creative was rotated into circula­tion as early as January 15, and on average, dating advertisers are willing to pay 12% more to acquire a customer.

To prepare for this busy season, Chemistry.com, a Match.com-owned property that caters to a more upscale, urban crowd and has about 5 million users, is promoting the science behind its matchmak­ing services with a new book and campaign to go with it.

Dr. Helen Fisher, Chemistry’s chief scientific advisor, has released a new title, Why Him? Why Her?, which focuses on why people fall in love, and this science is employed on the Chemistry site.

The book is the key element surrounding the creative, which includes on-site promotions, e-mail and homepage takeovers of MSN and Ask.com. The site also is buy­ing search keywords that focus on Valentine’s Day.

“People see Valentine’s Day marketing and seem to subcon­sciously respond,” said Mandy Ginsberg, GM at Chemistry.com. “February is the kind of the month when people think, ‘I am alone, and it would be great to find someone great.’”

In addition to Chemistry.com’s promo­tion, Match.com also is debuting a new free dating site this month to attract a younger audience.

DownToEarth.com is based around the RealRatings technology system. Through this technology, users can go on dates and then rate how realistic the profile is for per­son whom they dated, ranging from “Not Even Close” (one star) to “True to Life” (five stars).

While Match.com has more of a main­stream audience, with about 15 million members, and Chemistry.com is more of an upscale, urban site with a higher price point, DownToEarth.com is free and is aim­ing to attract a younger demographic, as well as people who are “more pocketbook-restrained,” Ginsberg said.

“People will pay for online dating, but this is a good way for people who are looking to test the waters and see if this is something that they like,” she explained.

For OkCupid.com, the beginning of the year also is a busy time for sign-ups and for existing users to come back. To harness this busy dating season, the site is running various promotions, including user meet-ups and contests, as well as introducing the ability to create personality quizzes about relationships and dating.

“February is the busiest time for people to sign up and create new accounts, as well as reactivate old accounts,” Yagan said. “It’s kind of the opposite of a social networking profile like a Facebook account, which you are always on. A dating account you use for a short amount of time, then find someone and let it go dormant, but then you might come back if it doesn’t work out.”

In addition to OkCupid’s content, some of its advertisers also are leveraging the Valentine’s Day holiday.

One sponsor, which Yagan declined to name, is running a best and worst Valen­tine’s Day story contest.

Consumers with interesting stories around the holiday can write and submit their sto­ries for the chance to win a prize.

“It all about having the right ad at the right time to the right person,” added Yagan. “This six-week period is when people are thinking about self improvement in general and relationships in particular more than any other.”

However, not every online dating site is running a contest or a promotion to attract attention during this busy dating season. In fact, Nerve.com doesn’t advertise and relies on its users to get the word out.

“We are uncharacteristic as far as a lot of these dating sites go. Nerve is really a word-of- mouth kind of phenomenon, and we really don’t do any direct marketing,” said Rufus Griscom, CEO/co-founder of Nerve.com. “We’re the least Hallmark-y of all dating sites. So we’re the least likely to make a big deal out of Valentines Day.”

E-centives Inc., a provider of e-mail marketing and promotions services, has slashed losses, according to third-quarter results announced… 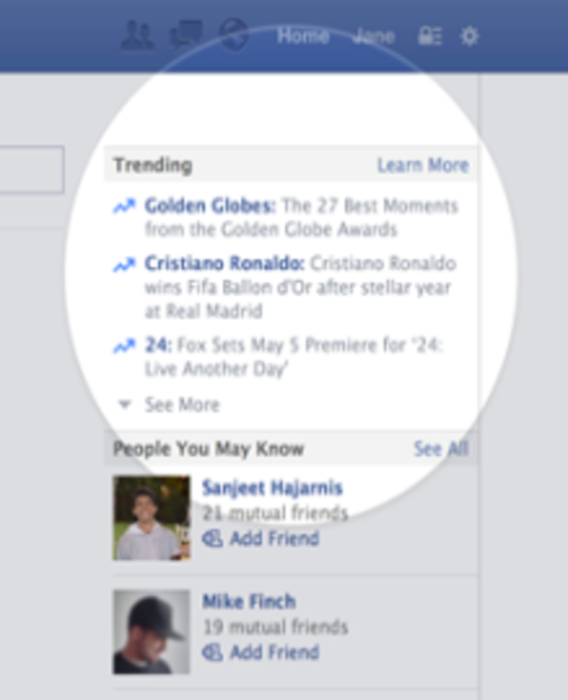