Situation
Clearview Mall, located near New Orleans, was looking for a way to boost mall traffic, encourage spending and cut through the holiday mail clutter.

“We’re always trying to drive traffic to the mall, but with all the talk about the economy we said a little something leading into the holidays might be a good idea,” explains Joy Patin, president of Patin Media Services, Clearview Mall’s agency.

Approach
Clearview tapped Dukky to create a direct mail piece, which was sent to 10,000 households in neighborhoods within 10 miles of Clearview Mall in October.

The pieces were personalized with the recipient’s name and aimed mainly at women. They featured coupons for a vari­ety of mall-based stores, such as Smoothie King and Hall­mark. The coupons were printed on perforated card stock, enabling recipients to tear off the coupons that interested them and stick them in their wallets like gift cards.

Consumers were encouraged to “activate” their gift cards online, entering them into the mall’s database for future marketing efforts. Cards could also be used directly at stores without online activation. Another call to action on the mailer encouraged entry into a shopping spree sweepstakes. To win the shopping spree — which featured a grand prize of $10,000 — consumers had to bring the mailer to a mall customer service desk, which would scan the piece for an ID code.

Results
Within the first two weeks, the campaign had a 7% to 10% coupon redemption rate. –Lauren Bell

Approach: Cornell University and agency Media Logic produce an annual campaign for the Johnson School Executive MBA program. The campaign is optimized each year to capture the attention of high-level professionals. This year’s campaign used multiple media, including print, radio, pay per click, banner ads and an interactive CD-ROM, with all of the elements driving to a microsite focused on converting inquiries into applications.

Approach: Little League Baseball and Softball worked with Cramer, a digital market­ing and events agency, to develop an online educational resource for its coaches. The site, LittleLeagueCoach.org, combines video and text tutorials. E-mails and approxi­mately 100,000 postcards were sent out in March to introduce the site to coaches.

Results: Between March and September, more than 9,500 users registered for the site. More than 2,100 hours of video have been watched. –Dianna Dilworth

Now, I admit it — I may be a bit of a design snob. But, even more than that, I am dirt cheap — sorry, wife. So, if I received a personalized mailer from Clearview Mall with 26 actual gift cards, worth more than $675, that I can literally put in my wallet — forget good design, I’m headed to the Clearview Mall! Wait a minute… None of these stores interest me.

However, what does smell good is the smell of success, much like Media Logic’s incredibly well-branded campaign for the Cornell Executive MBA Program. Simple calls to action, striking photography and graphics, well-written copy; put these all together in a well-thought out media plan that covers print, Web, radio and interactive CDs and you have a winning combina­tion. The good news: Enrollment is way up. The bad news: In today’s economy, I’m not sure “executive” is the best choice of a career path.

Having four kids under the age of seven, I know that eventually I will have to coach at least one team sport. When that time comes, I hope that I have such a fabulous resource as LittleLeagueCoach.org to help me out. While the creative — postcards, e-mails, articles — encouraging coaches to view the tutorial videos wasn’t the most aesthetically pleasing, it did its job for its specific audience. Home run. 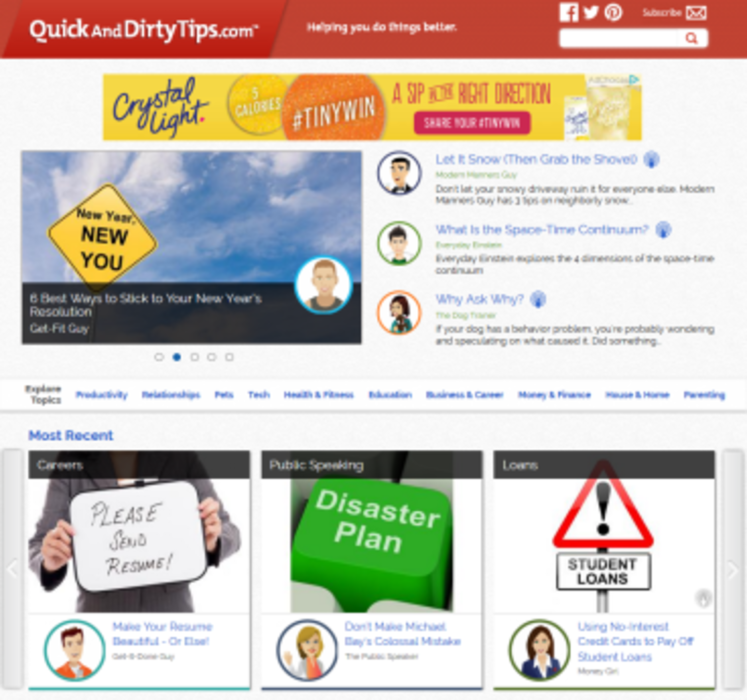 Macmillan Cleans Up Its Quick and Dirty Tips Site

The Back Story: When your business is content, how you organize that content is as important as its…

Next Generation in AI and Racing

This Saturday, the Formula E community will be gathered in Saudi Arabia’s capital to launch the circuit’s “watershed”…

The US Postal Service is encouraging e-retailers to turn to print catalogs to raise revenue. Our experts debate…