Coca-Cola Shows Its Human Side Through Storytelling

Failing to resonate with consumers is a tale that many marketers know all too well. But storytelling can help marketers find a happier ending. Indeed, Coca-Cola’s director of social media, sustainability, Tim Goudie, argues that authentic storytelling can show brands’ personable side and, in turn, build brand affinity.

“Storytelling enables organizations to show the positive impact they have on people’s lives,” he says. “It offers organizations a way to connect with their consumers on a deeper level and reveal their ‘human’ side.”

Direct Marketing News had a chance to sit down with Goudie after his keynote presentation at ClickZ Live New York and discuss what it takes to tell and share inspiring stories today.

How does telling stories about sustainability link back to Coca-Cola’s bottom line and generate ROI?

It does two things: It raises an awareness, which is important for trust and brand love, but it also raises an internal shift in mind-set within the people actually in the business—[like those] running the bottle plants [or] distributing riding trucks. They start to say, “Hang on, I need to be more conscious of how I’m treating the environment and being conscious of how we’re impacting communities.” If we can impact people’s lives through our business [and] through our value chain, then that’s a lot more responsible as a business approach than not even thinking about it. It just makes good, solid, long-term business sense.

During your presentation, you talked about brand voice versus company voice. Can you walk me through how those definitions differ?

Let’s start with brand voice. If you think of [the] brand Coca-Cola, we stand for optimism and happiness. That’s a very different tone and manner than when you’re talking about how much carbon you’re saving each month or how many tons of oil you’re not using in the production of the bottle. So [the brand voice is] more consumer friendly, and it’s more in the voice of the consumer to be able to relate to [them]…. Where if you go to the other side, [it’s] facts, figures, data, and science. There’s a time and a place for it.

The key message is that both of those [voices] work in lockstep with each other…. Part of the secret is that we have an extraordinarily good public relations department. We call it Public Affairs and Communication—or PAC for short. They’re very good at what they do. They reach out to key stakeholders [and] they have great relationships with media, academia, NGOs. We’ve forged this new way of talking to consumers—same topic, but two different tones. And when you put the two together, you [produce] a multiplier effect and [increase] the number of impressions that you’re actually able to get out to consumers at the same time. Someone gets a message as a key stakeholder. But sometimes they also see, “Hang on. This story is also coming out on social media.” So, [with] those swinging bottles (see below), there was not a Coke label on any of them…. But it was entertaining, and I never, ever get tired of watching that video….. We sat down with an agency and the brand manager internally in Coca-Cola and he said, “I don’t want another corporate-speak video. I don’t want a documentary. [I want] something that consumers will find interesting, capture their attention, and not get bored [of]. “

How can brands that hope to emulate what Coke does take advantage of that multiplier effect through paid, owned, and earned media?

It all starts with paid. Obviously, you have your public affairs department working hard to get its message out. But it starts with paid because, by using paid, you’re getting the right story to the right person…. If I generally find [something] interesting, I’m going to help share and spread it…. By sharing and spreading it, that’s where we’re getting the multiplier effect…. Even though we don’t like paying for social, the new playing field is that you can actually be more efficient. We were getting down to one or two cents per video. That’s mind blowing. We haven’t seen data like that. [With the bottle video] we were getting just under 30% engagement, which is phenomenal. Even in the history of our company when we ran FIFA World Cup, we were getting up in the lower 20s [for] engagement rates. Now, suddenly, we’re getting up close to 30. That’s very encouraging. So, we experiment. Iterating, experimenting. What works, we keep. What doesn’t, it’s gone.

What makes a good brand story?

The thing that really makes a good brand story is authenticity. It has to be a genuine story because people will read through it faster than you can believe. If you do, for example, have a good sustainability initiative, you need to be transparent, you need to be open, [and] you need to have a story that has a solid foundation. That’s important because there’s a tendency to think, “If I sponsor this event, we’ll be fine.” It has to go much deeper than that. It has to be part of your business. Sustainability can’t be a built-on after. It has to be an integrated part of what you do.

What is the biggest misconception that brands have about storytelling?

I think two things. There is a default behavior [of], “Oh, we’ll just produce a documentary of the good that we’re doing.” And in many cases it comes out in a company voice because the CEO wants it or someone wants it. I think the intentions are good, but it’s not the whole story. It’s a documentary that NGOs might find interesting; maybe [it will] make a good post on LinkedIn. But for the average consumer, they’re not interested in the facts, figures, details, and the science. They want it in the consumer brand voice. That’s number one. Number two is just post it to anything; just stick it on Facebook. That doesn’t work. Those days are over…. If you can balance company and brand voice [and] paid social media reach…that’s where I see the ability to start to accelerate stories.

Coca-Cola has been around for years. What makes a sustainable brand?

I’ll be getting back to the brand rules. I think the number one [rule] is consistency—consistency in the intrinsics of the product. Is it the same Coke that my father and my grandfather drank? The technology has changed. Back in the 1950s, my father was young. There was radio, and then TV came. Now there’s social media. Everyone is a citizen’s journalist. We can all talk about brands. We have more power to be able to make or break a story. So [it’s about] the consistency of the actual product, the delivery of the product, and then also the imagery. The imagery of Coke hasn’t changed over the years. It’s still about optimism. It’s still about happiness. We’ve been around for 128 years. Not only is the intrinsics—the bubble, the formula, the sparkle, the product—the same but the actual imagery is consistent.

How can brands get better at defining that company voice versus brand voice?

It’s two different target audiences. Just sit down and think about it. One is key stakeholders—a critical piece of the puzzle. It should never be neglected. It should absolutely be an integral part. With the key stakeholders, sit and think, “How should we talk to these people? What do they need to know?” And then talk to the general consumer. “How do we appeal with content that’s engaging, relevant, enticing, exciting, [and] will appeal to a general consumer?” [Consumers] don’t need to know the 5,000 ingredients that go into one bottle or the technology process. The technologist does, but not [consumers. They say,] “I’m concerned about the environment. I want to make sure that what we’re doing in the environment is good sense. But I don’t need to know the technological details.” 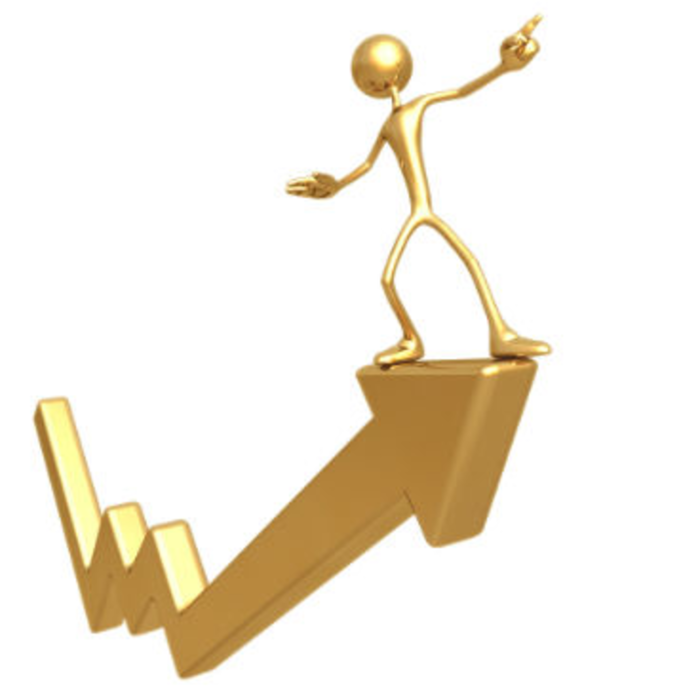 Marketing Leaders Must Get Results

Senior marketing leaders these days are in a vortex of complexity, needing to adapt to a new world…

One of my dearest friend’s youngest daughter, London, once asked me to take her to several stores for…

The global beauty industry brings in more than $230 billion annually in sales. One brand that has been…