Channels Are Out. Impact Is In.

Becoming an omnichannel brand is more than simply giving an old multichannel strategy a new name. It’s much more than simply mirroring a brand’s presence across every viable point of contact.

In fact, despite the name, the most successful omnichannel brands are the ones that stop talking about channels and focus instead on overall business impact. That means an end to channel-centric groups, each jockeying to claim their own unique impact on the bottom line.

It’s not a painless or easy transformation, particularly for brands with deeply ingrained bad habits. “It can be a very expensive proposition, which is why we see that companies starting from scratch have a very different experience than retailers that have been around for 100 years,” says Ron Klein, director of the retail and consumer advisory practice at PWC Management Consulting.

Greenfield or legacy, every brand has the power to make an omnichannel transformation by focusing people, process, and technology around the modern, multi-screen customer.

Omnichannel begins with the customer
The most important person to consider in the omnichannel world is outside the four walls of the company, but should be at the heart of every action: the customer.

Customers have learned to demand continuity of service and consistency of messaging from interacting with the leading brands that already deliver it. That’s why so much omnichannel innovation comes from the retail experience—as retailers labor to keep customers from defecting to other merchants, in such ways as by bringing prices into harmony between on- and offline outlets and by emphasizing personalized service.

Indeed, successful omnichannel brands are using their data to understand consumer behavior across all interactions. Their goal in doing so is to reach customers with the right information in the channel where it will have the biggest impact. That applies to every tier of customer engagement, whether attracting leads, converting to purchase, building wallet share, encouraging social sharing, or building advocacy.

Aligning communications and channel interactions with customer goals is an important first step, but the real journey still lies ahead. “So much of that was reactive, and misses the reality that the millennial generation has taken control,” says Tim Nelson, president of integrated marketing agency Tris3ct. “It’s not the business that’s omnichannel, it’s the customer.”

Omnichannel customers leap through stages of contact and interaction in unpredictable ways. Channels typically considered reserved only for prospecting, or only for loyalty building, should be available to customers at all times, because omnichannel buyers don’t think in terms of touchpoints. “A best practice is to let the customer choose which channel is most convenient for him,” says Deb Woods, director of product management at Teradata. “Putting down bars or swim lanes gives the customer one more excuse not to interact.”

Aligning a brand to connect with and respond to customers across any channel at any time requires greater unity around shared goals, meaning that marketing decisions—from budgeting and planning to sales and even fulfillment—need to roll up to the same authority. “Historically, the e-commerce group would sit on the sidelines, but they’re increasingly part of the marketing organization and report to the CMO now,” says Jeffrey Wilks, head of client services for eBay Enterprise. “That’s a good thing, because it brings more unity, purpose, and strategy to communication across the entire value chain.”

Designing omnichannel processes
The first step in building an omnichannel brand is a commitment to consistency across all online and physical channels. That’s a challenge in many regards, from the obvious organizational alignment and technology issues down to such details as the differing skillsets involved in merchandising different channels. But segregating channels is no longer a sustainable strategy, because consumers are choosing brands that reflect their omnichannel expectations. “When you have inconsistency between channels, you erode trust,” Nelson says. “Consumers will lean into brands that make it easy for them.”

A crude but effective test of an organization’s omnichannel readiness is to see if its website promotes membership-based offers such as loyalty programs and affinity cards to customers already enrolled. Continuing to hammer home messages long after they’ve been heard, received, and even accepted means that an organization is narrowly focused on offers rather than on using data to better understand customers’ behaviors, preferences, and reactions. “It’s annoying, and a tremendous waste, to be hounded about a product you already own,” says Josh Manion, CEO of online data firm Ensighten.

Instead of training customers to always expect new offers, omnichannel organizations put loyalty, direct marketing, and sales campaigns in alignment behind the concept of customer value. They also work in concert to build engagement that’s not directly tied to purchases and discounts. “Old loyalty programs were based around buying five products and getting a discount on the sixth. That’s very linear, straightforward, and, frankly, boring,” says Matt Wise, CEO of digital agency HelloWorld. “Let consumers play a game, or design an album cover that may appear on a TV ad. Show six-second videos and ask them to share posts.”

Working with HelloWorld, Schwan’s Consumer Brands used an omnichannel campaign to drive attention to the “Tailgate at Your Place” promotion for its frozen pizza lines. The outreach comes from integrated social, digital, in-store, and on-box promotions, and isn’t overtly focused on incremental sales. This finesse approach has allowed Schwan’s to convert more than 60% of visitors to sign up for an online community that runs through the end of the college football season. “That’s double what we expected,” says Marcie Anderson, Integrated Marketing Manager at Schwan’s, “but we knew we needed to use a different [tack] to market in today’s world.”

Technological considerations for omnichannel success
Brands must learn to build platforms that aren’t simply competitive with direct peers. Just as leaders such as Amazon set the bar of expectations for all e-commerce transactions, other innovators are setting the tone for the desired, optimal, and expected terms of engagement broadly in other channels, not just among their industry competitors. “Today, the way I look at an airline on the iPad is shaped by the way I buy from Macy’s on an iPad,” says Jeffrey Berry, senior director of research and development at engagement vendor LoyaltyOne. “It’s not just about what the person is buying—every experience shapes what the user is thinking about.”

There’s no technological litmus test for omnichannel success. In some cases simplicity can be effective, and cutting-edge can be detrimental. A CRM alert telling a contact center representative to withhold aggressive marketing offers from a customer with an open complaint sent via email is not a novel or complex step, but demonstrates omnichannel awareness. A high-tech campaign to blast the same offer across multiple channels can be complex, but may be more annoying than effective, thus is not a smart omnichannel play.

Currently, the central technology for reaching the omnichannel consumer is the smartphone, simply because it’s the most constant addressable item associated with any one person. “Handheld devices allow consumers to engage a brand anywhere,” HelloWorld’s Wise says. “You can take what historically may have been a very linear engagement—seeing the ad, buying, and consuming—into a longer interaction and a sharing exercise.”

Omnichannel without boiling the ocean
If the challenges of omnichannel marketing seem too daunting, start small. Become more aware of the unique ways customers respond to brand messaging through similar but distinct channels, such as search marketing versus online display ads.

For example, if last-click attribution has been a heavy focus, search may be overemphasized at the expense of funnel-filling display campaigns. Finding a new balance will bring the two channels into closer alignment—the ultimate goal of the omnichannel brand. “Start with the channels you have the most control over: search and display, then add in email,” says Bill Muller, CMO of analytics developer VisualIQ. “Slowly work your way over to a more holistic, all-inclusive strategy by mastering one set of synergies at a time.”

Omnichannel represents the ultimate test for marketing professionals who have waxed poetic about the need to be more engaged and more present with their customers. “We got what we always wanted as marketers. Never before have we been in a position where we can literally interact with the customer any time of the day, through a variety of means,” says Ashley Johnston, SVP of global marketing for Experian Marketing Services. “But with that comes a lot of responsibility—and challenges.”

Like many nonprofits, Environmental Defense Fund (EDF) has enjoyed robust growth in online fundraising over the past decade. But cause marketing saturation means that nonprofit organizations must keep innovating, leading EDF to pursue an omnichannel marketing strategy.

Sam Parry, EDF’s director of membership, sees the evolution from multichannel to omnichannel marketing as one of strategy and intention. Rather than being satisfied with having a presence in all channels, EDF now attracts and retains donors with messaging that makes the best use of each medium. “Since 2004 every organization has seen more revenue come in through online channels, but as the channels grew and matured, it naturally has become harder to maintain the same response rates,” Parry says.

The omnichannel mind-set means EDF now ensures that the money invests in each donor and prospect is a function of how the individual responds best. The fast-growing youth sector generally responds better to online offers, so EDF took the bold step of quadrupling its online marketing spend while slashing direct mail investments nearly in half. Early results were mixed.

If EDF were still thinking in siloed terms, it might have quickly pulled the plug on the experiment. A look at the shift in long-term value convinced Parry and his team that the choice was correct. “We resisted the temptation to look at up-front performance, and the long-term value calculations showed that the donors were paying for themselves much more quickly,” he says. “And at this point we’re on track to recoup our investments in the three-year threshold across all channels, which is our goal.”

Further refining online and direct mail outreach and scrutinizing the types of messages sent to list names has helped EDF boost the average initial gift from a new donor by more than 30%. “That’s a huge lift, and the up-front investment hasn’t changed a whole lot,” he says.

Public and private sector organizations alike are facing the same challenge from the new omnichannel reality: change or be left behind. “The American mind-set is built around the idea that nonprofits shouldn’t invest in themselves,” says Brenna Holmes, VP of digital at EDF’s agency, Chapman Cubine Adams + Hussey. “But unless organizations invest in infrastructure and technology, they’re going to be relegated to the ways they worked in the past.” 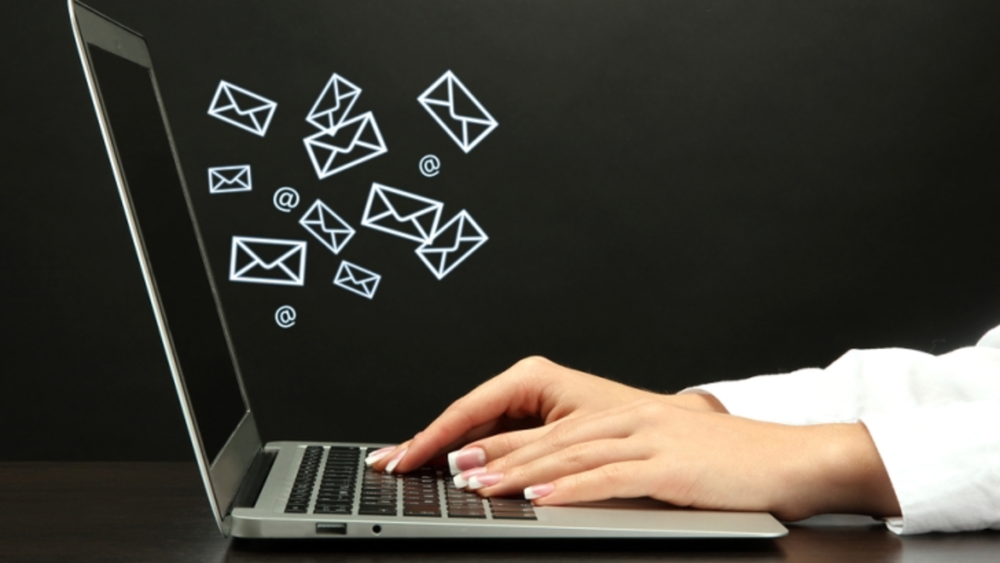 Direct mail is marketing’s stallion: a consistent winner, but costly. Social and mobile are the show horses: full… 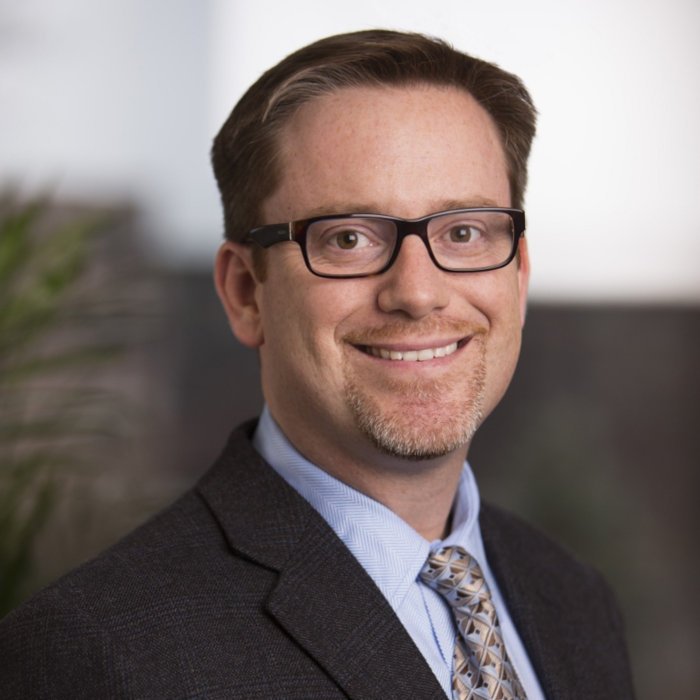 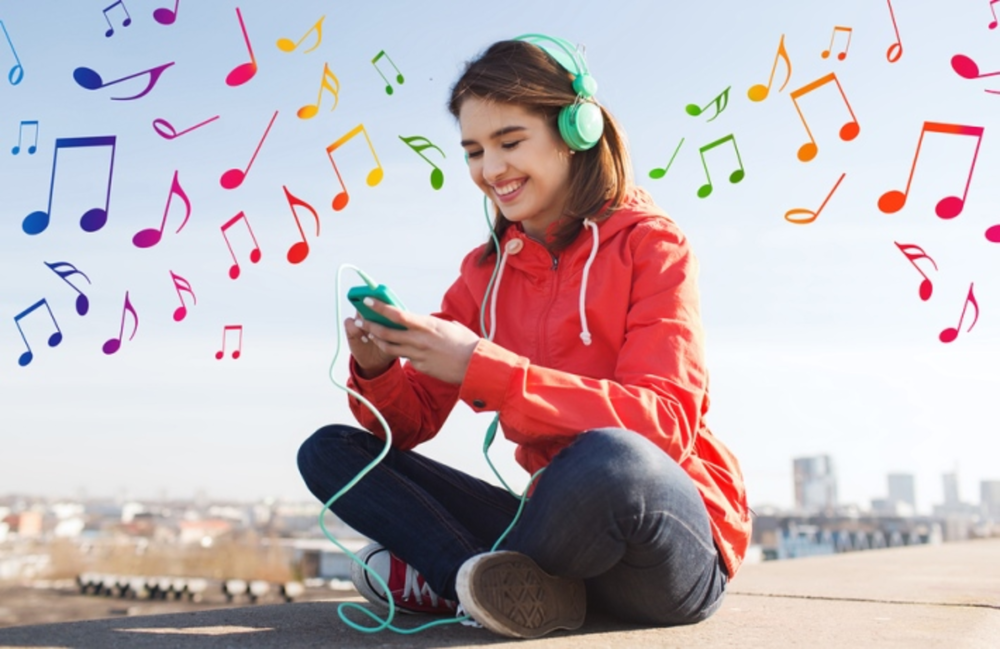 Our marketing campaigns are highly data-driven. And given our strong market penetration in the U.S. (where Pandora has more…