However, with so many brands attempting to take advantage of trending conversations, there’s a fine line between a great real-time marketing moment, and looking like you’re just jumping on a bandwagon. The key is identifying the right time. Too early, and the conversation isn’t trending widely enough. Too late and you’ve already missed the boat. Blab’s analytics platform gives marketers that crucial, extra bit of time to prepare for such opportunities by predicting which conversation topics are likely to start trending in the near future.

“We’re creating a crystal ball that tells us that for this particular topic of interest, and in this particular audience, here’s what will be resonating in 48-72 hours time,” says Blab CEO and founder Randy Browning. “It gives you time to then create contextual content, optimize your media plan, your website, or your paid search terms, and once that conversation hits its critical peak, you can be engaging it in your own terms.”

Blab’s analytics isn’t just restricted to the big social platforms such as Facebook and Twitter. It trawls nearly 50,000 sources on the web, including other social media platforms such as Tumblr, YouTube, Flickr and Reddit. In addition, it pulls in information from blogs, forums and news publications, giving its users a very comprehensive scan of online conversations across pretty much any platform. The software is also language agnostic, and can recognize similar conversations about the same topic taking place in different languages. That means it can see a 20-word text comment and Farsi and a YouTube video in Russian and match the two if they are about the same topic.

Platform users can create an initial set of topics around their brand, competitors, keywords and related topics and feed them into the Blab dashboard. This is a key difference from other listening platforms, which only enable search for specific terms across social media. Blab uses the set topics as “seed words” to generate related conversation topics that the brand might not even have thought about. “Using search terms, I’ll find what I think is important versus what people are actually thinking about,” says Browning. “But then I’m left with what I’m looking for instead of what I want to discover.”

Based on the seed terms, the platform then starts pulling in information about trending conversation topics, and displaying them as a collection of bubbles. The size of each bubble represents how actively a topic is being talked about. Blab’s proprietary algorithm then charts a graph that shows how much it expects a conversation topic to grow over the next 48-72 hours.

Here’s a demo video from Blab which shows how the platform operates:

The bubbles are surrounded by different colored rings which indicate if they are expected to grow, decrease or stay the same over the next few days. Clicking on the bubble also allows the user to get even more granular data, segmenting the topics growth by particular channel. “We’re not only predicting the volume of activity around a topic, we can identify which channels it’s going to blow up on most,” says Browning.  “Whether it’s Facebook, Twitter, or blogs, marketers  can then engage those channels specifically.” This means that instead of responding to a trending conversation on all channels, a brand can focus only on the channel where they are likely to have the greatest impact.

In addition to identifying the channels, the platform also highlights influencers, and top posts for each topic.

Who is using it?

While Blab’s platform can certainly come in handy for ever vigilant marketers looking for a real-time marketing opportunity, perhaps its most effective use is in identifying customer service or PR issues for a brand before they become too big. The guys at Blab were reluctant to name their customers, but they did provide us with the use case of a large tech company, which became aware of a glitch in their product first in Europe. Using the Blab platform, the company was able to see the customer complaints pick up steam across the Atlantic and its customer service team was able to quickly create a response plan before the complaints started trending in the US.

In another Blab use case, a major film studio was able to identify a potential PR disaster early when people found out that one of the films it had produced was based on a story written by a homophobic author. (Blab couldn’t name this client, but my bet is Lions Gate Entertainment, which produced the film Ender’s Game, based on the sci-fi young adult novel of the same name.) The studio issued a statement early addressing the controversy and distancing itself clearly from the author, effectively nipping the issue in the bud.

If the last few years were all about listening to customer conversations, the future is in predicting them. We’ve already seen Adobe introduce predictive analytics for Adobe Analytics and Adobe Target. And recently Austin-based social media management platform Spredfast launched Spark, a predictive social media analytics tool that also charts a graph predicting the trending potential of a topic.

However, Spark only scans conversations on Twitter, and has a predictive capability limited only to the next four hours. In comparison, Blab pulls in conversation data from a huge variety of sources, and predicts trending activity 48 to 72 hours into the future. As far as how confident those predictions are, Browning says the platform makes a million predictions per minute and measures every single one of those every half hour, which on average, is 70% accurate.

“We’re making predictions on messy chaotic data in real time,” says Browning. “Plus it’s multi-fact predictions – we have to get the time right, the volume right, and the channel right all at the same time.”

By industry standards, Blab has a pretty good prediction rate, and as a real-time marketing tool, it definitely provides value to both the marketing and PR functions of a brand. However, as a social media management tool, Blab can’t compare to Spredfast’s Spark capabilities, which not only has the predictive analytics, it also allows real-time engagement and content management within the platform.

Blab is much more of an advanced social media listening tool, which means it can confidently take on the likes of Radian6 and Brandwatch and win. It extends its listening capabilities outside the expected social media territories of Facebook and Twitter, and it also does it in languages other than English, which is especially useful for global brands.

The edge Radian6 now holds of course is the integration with Buddy Media, which allows the user to not just listen to the conversation, but engage with it through the platform too. That’s where Blab falls short. It currently does not provide he capability for real-time engagement within the platform, or some sort of integration with a social media content publishing tool. However, as a listening platform, it is extremely powerful and with a clean, easy to understand user-interface, it’s an attractive proposition for marketers who want to consistently be two steps ahead of every conversation. 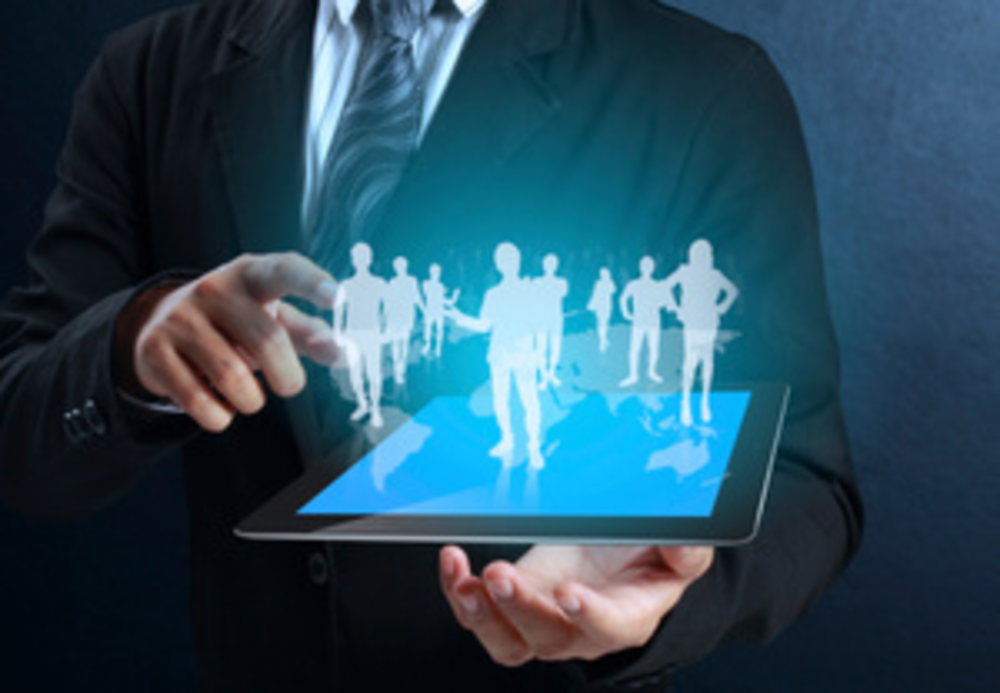 The tech industry may be dominating the economy, but now it must win hearts and minds

WGBH Donors Opt Out of Mailings

About 100 people who have donated money to WGBH-TV, Boston, have called the station to request that their…