Rushed shopping and crowded malls aren’t the only challenges of the holiday season. Battling email inbox glut is tougher than avoiding holiday weight gain, as marketers inundate consumers with email in the days leading up to, and following, Black Friday. In fact, the 2011 holiday season experienced a steady increase in email volume, with a 4.4 percent uptick in send rates from September to mid-October, according to Bronto Software‘s 2011 holiday wrap-up report. The total email volume for November and December was similar, increasing 6 to 8% over October.

“The holiday season is the time of year [when] a lot of companies are making 40% or more of their revenue,” says Jim Davidson, Bronto’s manager of marketing research. “It’s very important to make sure that you not only have flawless execution [of an email campaign] but that you’re getting the attention of your customers.”

That’s easier said than done given marketers’ ever-growing arsenal of email marketing techniques. Social media integration, embedded video, catchy subject lines, powerful calls to action, compelling product mixes, and customization—all tactics marketers use to draw eyeballs and open wallets. Fortunately, many brands are learning that, even in the face of consumer email fatigue, there are ways to ensure that email communications stand out during the holiday season, as well as during the run up to other gift-giving times of year.

Stray off the beaten path

Just ask Gabrielle Germaine, associate creative director at e-tailer Uncommon Goods, who says, “People are getting inundated almost to the point where it’s frustrating, so one of the things that we try to do is make [an email campaign] more of an engaged process.”

For example, one Uncommon Goods holiday email campaign, dubbed “100 Ready-to-Gift Ideas,” featured a cartoon illustration of a girl holding a bunch of holiday gift boxes, each one emblazoned with a creative label such as “Best Dad Ever,” “The Geek,” and “Music Maven.” Until that campaign, Uncommon Goods subscribed to the common notion that driving clickthroughs required stuffing as many product descriptions as possible into a single email, Germaine notes.

However, by delivering “whimsical copy and a really great design that links through to a bunch of great landing pages, [the campaign was] at the time, our top performing email ever [and] opened up to us a new way for email to become a larger revenue source than ever before,” Germaine says.

“Give Them Something to Sing About” is another example of an unusual holiday email campaign that produced unanticipated results for Uncommon Goods. The email features a poem set to the tune of “My Favorite Things” with callouts to unique products, including “bowls made from records” and “neckties of wood.” Again, by eschewing a laundry list of items in favor of clever copy and strategically placed links, Germaine says that “Give Them Something to Sing About” was “a huge success. It beat all our forecasts and doubled our year-over-year performance.”

To capitalize on its burgeoning online community, many of Uncommon Goods’ email communications include links to the company’s Facebook page, Twitter account, and blog. It’s an increasingly common practice as more and more brands “want consumers to spread the word about their promotions,” according to Bronto’s Davidson. “The message is no longer just ‘Forward to a Friend’ for a ripple effect. Now there are so many options, from sharing on Facebook to tweeting. It’ll be interesting to see how marketers use those channels this season.”

But jam-packing holiday emails with social media buttons is about more than fostering an online community. In 2011 omnichannel buyers contributed 71% of gross sales and represented 53% of total buyers, according to Jill LeMaire, senior director of digital strategy at marketing services firm Epsilon. “Your brand loyalists are purchasing not just through one channel alone, but also in-store and online,” LeMaire says. “It’s how all these channels interplay that drives the purchase. Email may be just one piece in the overall consumer picture.”

Online retailer ModCloth knows all about the importance of developing cross-channel contact strategies in an email campaign. “Facebook and Pinterest and all those other social media channels are still new enough that people are very engaged with them, whereas email inboxes are so overloaded,” says Megan Walsh, senior manager and director of retention marketing at ModCloth. “Marketers have to overcome the email numbness that has occurred.”

ModCloth’s solution? Enlist the customer as a curator. For example, the online retailer’s holiday email campaign, “Most Wished for Sale,” encourages consumers to complete an online wishlist with all the items they desire. Sharing their wishlists with friends and family by a set date qualifies them to win cash prizes.

Following this, ModCloth makes a point of including many of consumers’ most-wished-for items in its holiday sales promotions. “Incorporating customer feedback and allowing them to participate in curating a sale’s product assortment gives the customer a sense of skin in the game,” Walsh says. “It’s not just that ModCloth has decided that this is what’s going on for Black Friday. It’s that we’ve taken our customers’ feedback into account, which allows us to reach back to them.”

Lyrical prose and grab bags are notable examples of the off-the-beaten path tactics marketers now employ to ensure that their email communications stand out from the pack. “We can get away with not having to be that straight sell,” says Uncommon Goods’ Germaine. “Over the years we’ve been able to get away from even listing the prices and names of items.”

But not every company can afford to stray from time-honored, email traditions. Even Walsh admits, “It’s still all about getting someone to open an email and actually read it, which has been difficult for a really long time….We’re constantly testing different arrangements and surprises we can use to continue to maintain interest.”

In fact, for all the innovation that comes with social media integration and clever content, many companies are still grappling with the fundamentals of email marketing during the holiday season.

“Subject lines are so hard; we’re constantly testing them,” Germaine says. “This entire year it’s been rare that we’ve just sent out an email without taking a small segment and testing at least two different options before we send out to the rest of the list. There’s just not enough good data about subject lines.”

Here’s one interesting slice of data on subject lines: eDataSource reveals that 1,252 of the 7,520 permission-based commercial emails it monitored in 2011 used “Cyber Monday” in the subject line. And 1,440 of them used the term “Cyber.” Is it any wonder so many email messages go unopened?

Bronto’s 2012 Holiday Email Marketing Lookbook, however, cites Eastern Mountain Sports‘ “Deal of the Day” holiday email series as one that makes proper use of a compelling subject line. The series launched with the subject line of “Introducing…” and every other subject line was “Today’s Deal of the Day”—an approach that, according to Bronto’s Lookbook, not only piques consumers’ curiosity but creates a certain consistency that can help “make the increase in mailing volume seem more bearable.”

That’s not to suggest, however, that adding “Introducing…” to a subject line is an instant formula for success. In fact, according to Epsilon’s 2012 Holiday Trend Report, while the words “shipping,” “free,” and “sale” were the most often used in subject lines, they did not necessarily drive open rates.

As a result, Bronto’s Davidson says, “the [approach] is to always have a new strategy for subject lines, and that’s true for throughout the year. You’re not always going to get repeatable, achievable results.”

Creating a compelling call-to-action is another key component of an email marketing campaign that continues to stump even the most seasoned marketers. “As a creative department, we’ve had to come together to understand the importance of call-to-actions,” Germaine says. For example, in a recent “Cats vs. Dogs” email campaign, a call-to-action enticed readers to “Dig up more domesticated goods here”—a refreshing change from “click here” or “learn more.”

But for all of marketers’ clever email marketing strategies, one thing is for certain: There’s still a lot to learn. “While I feel strongly that video is extremely powerful in online retail, we haven’t figured out just yet how that connection is made,” Germaine admits. “The times that we’ve tried to include it in an email haven’t been as successful,” she adds.

Mobile technology is also prompting marketers to scratch their heads as the holiday season approaches. An online retail benchmark study conducted by IBM reveals that mobile sales nearly tripled in 2011 from the previous year. But whether email marketers are just missing out on mobile sales, or are simply remaining cautious, is cause for debate. “A lot of brands made these very skinny emails with very few pictures” to optimize their email communications for smartphones, Davidson recalls. However, without clear benefits, he says “fewer resources are now being put into having that unique mobile consumer experience.”

Similarly, Davidson says that many marketers are still trying to “get measurable dollars out of Facebook.” That’s because it’s tough to draw a direct line between a Facebook icon in an email to actual holiday sales. In fact, according to the IBM study, social accounted for just .56 percent of all online sales on last year’s Cyber Monday and .53 percent on Black Friday.

But that’s not stopping email marketers from pulling out all the stops during the holiday season. From catchy subject lines to integrating social media channels, today’s brands know that “email is still the most impactful channel for driving revenue,” says LeMaire. “It’s the most notable holiday communication driving consumers to shop online.” 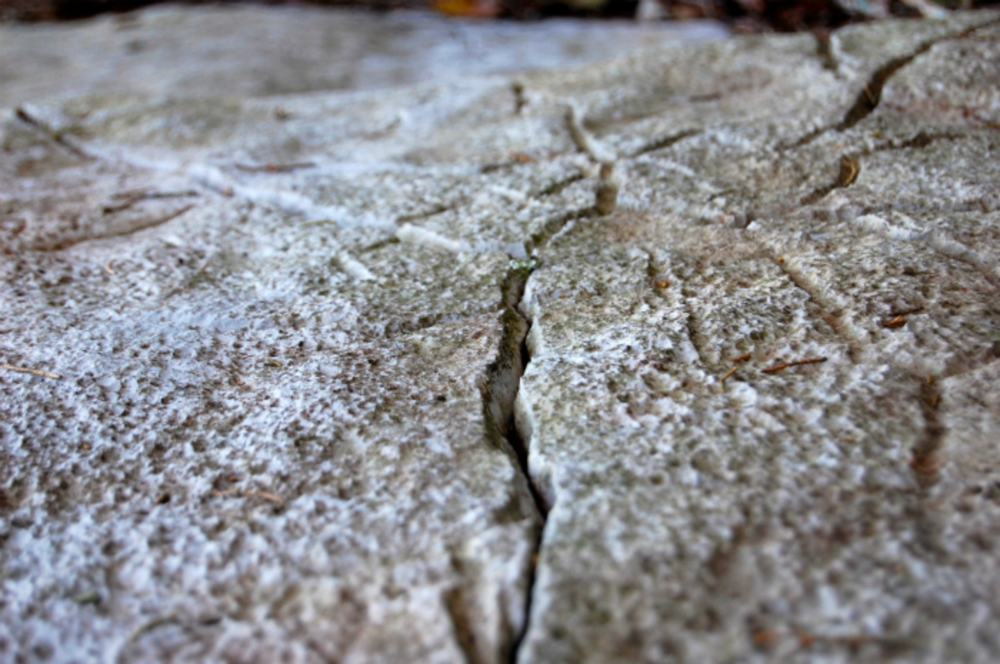 Marketers often speak of the customer journey, the linear path a customer takes from consideration, to research, to… 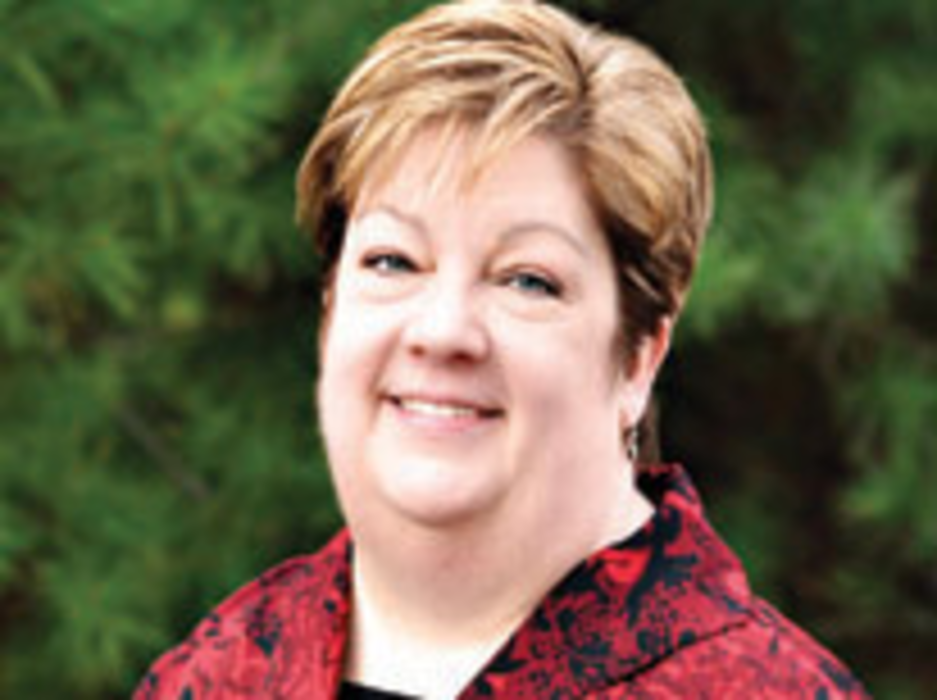 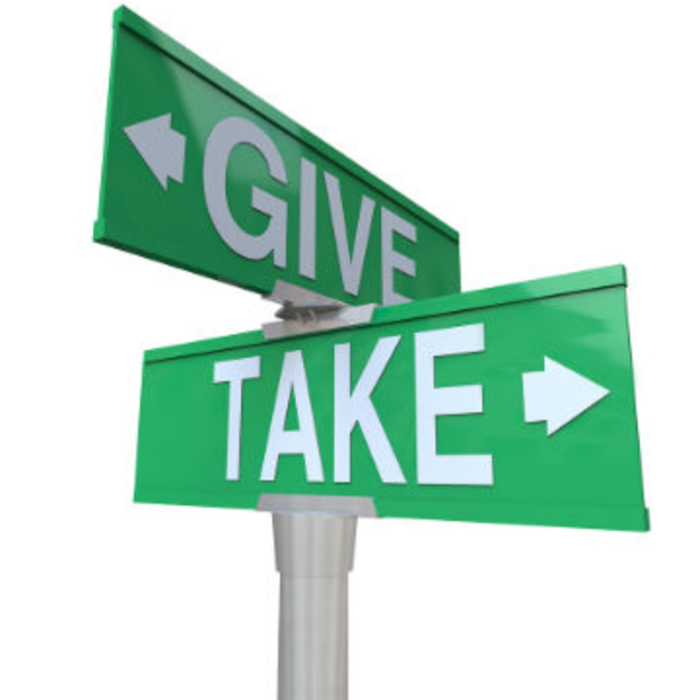 The Law of Reciprocity

Chances are, you’ve thought that the chocolate or mint your waiter brings with your bill, along with a…