As the new agency of record for Jenny Craig’s $60 million creative account, Y&R Brands will be leaning heavily on the DRTV expertise of one company in particular in its network: Wunderman.

“One of the major reasons Jenny Craig picked us was because of the Wunderman impact,” said Dan Olson, chief operations officer at Y&R Brands and managing director at Wunderman Irvine. Y&R Brands includes ad agency Young & Rubicam, and is a division of the WPP Group.

Jenny Craig marketing staff directly connected to the agency hire were not available for interview as DMNews went to press.

Jenny Craig’s DRTV ads, featuring Kirstie Alley and Valerie Bertinelli, are a cornerstone of the company’s marketing output. Global direct marketing giant Wunderman has a strong background in DRTV, and the Irvine office in particular has handled work in this capacity for such brands as Sony and Kindercare.

“We have a deep understanding of and a strong expertise in management of the considered purchase process,” Olson said, referring to such purchasing decisions as buying a new car, choosing a preschool or finding a weight-loss program.

However, branding will also play an important role. Jenny Craig “wanted an agency that could give it the best of both worlds,” Olson said.

He explained that the company, which boasts 640 company-owned and franchised locations in the US, Canada, Australia, New Zealand, Puerto Rico and Guam, was looking for an agency with brand-building experience that could provide a focus on “getting people to call and come into the centers.”

One of the themes Y&R presented to Carlsbad, CA-based Jenny Craig as part of its pitch was that “if you just sell on the immediacy of weight loss, it tends to commoditize the offering,” Olson said.

With this in mind, Y&R “will work on developing a much deeper branding element and a much deeper understanding of the brand’s attributes to help build consideration of the program,” he said.

In addition to its services, the company markets branded Cuisine food items, as well as videos, audiocassettes, cookbooks and exercise accessories.

One of the goals Jenny Craig and Y&R hope to achieve by working together will be to bolster the weight-loss brand’s lead-generation program.

“There is a tremendous amount of attrition” in the weight loss industry, Olson said. Y&R, with Wunderman Irvine, will bring an integrated, metrics- and results-oriented approach to keeping the pipeline full of prospects, he added.

According to Olson, the first DRTV spots under the new partnership are expected to appear in the first quarter of 2008 and will be “all new.”

While celebrities will continue to be a cornerstone in Jenny Craig’s advertising, there will be “a little bit of a different approach to the way it uses celebrities,” Olson said. He declined to be more specific on whether this would involve retaining the current celebrity spokespeople Alley and Bertinelli.

Jenny Craig’s Web site, jennycraig.com, is also a proud marketing vehicle for the company. It features blogs from Alley, Bertinelli and former American Idol finalist Kimberley Locke. Among consumer-friendly features on the site, there is a click-to-call mechanism, which is designed to bring a personal voice to the Jenny Craig brand for existing and potential users.

Agency search consultant Blank & Associates, based out of Laguna Niguel, CA, handled the agency review. The process started with approximately 35 agencies. Jenny Craig then had meetings with a shortened list of agencies

Other finalists in the review were Omnicom Group’s DDB, San Francisco; independent Butler Shine, Sausalito, CA; and Publicis & Hal Riney, San Francisco. The incumbent was Y&R’s sister WPP agency JWT in New York, which had handled the account since 2004. JWT did not participate in the review.

Hank Blank, president of Blank & Associates, said in a statement, “The agency landscape has changed dramatically over the last few years.

“Jenny Craig looked at a number of options and many agencies that aren’t on the radar, and in the end they found a great partner that showed great passion for their business and great creativity in their solutions for Jenny Craig,” he added. 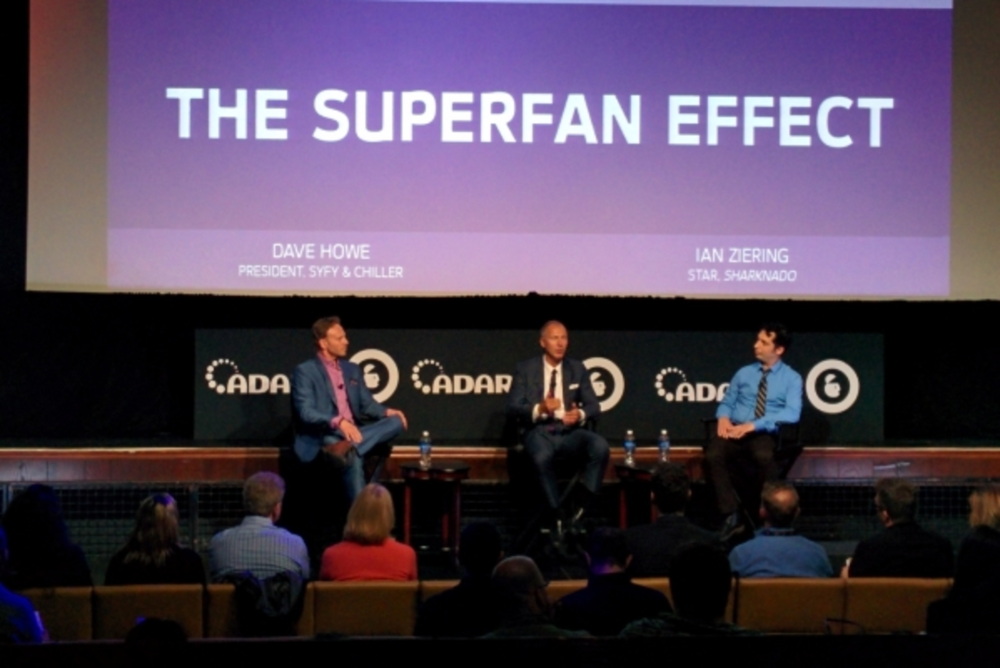 The Untapped Power of the Superfan

Marketers who invest in reaching the ever-elusive influencer audience do so with varying degrees of success. Perhaps a…

Williams-Sonoma Revenue Up 18.8 for 2Q