According to a controversial article written by Cathryn Sloane, all social media managers should be under the age of 25. The article has received much press and, not surprisingly, generated a very angry crowd in the 26-plus age bracket. But is she right?

As a current college student in Ms. Sloane’s generation, I couldn’t disagree more. A manager of social media should be someone who is completely immersed in social media and can dedicate both time and understanding to the subject – regardless of age.

Sloane claims that “No one else will ever be able to have as clear an understanding of these services.” Why not? It is unclear why she believes that people who grew up with social media have a better understanding of it than those who have studied it closely as it has grown to what it is now.

She says that since we, the 25-and-under contingent, grew up with social media at our fingertips, “we are the ones who can best predict, execute, and utilize the finest developments to come,” but I fail to see how the younger generation can be any better at predicting trends than someone who started using it as an adult. Let us not forget that the founder of Facebook himself, Mark Zuckerberg, is 28 years old. By this logic, Zuckerberg should not be a social media manager any longer because he is too old to understand it.

On average, those of the younger generation use social media as a way to connect with friends rather than a useful business tool. Though Sloane says that this is the reason we better understand it, one might argue that those who only use it for this manner can’t possibly understand how it could be used to effectively help businesses worldwide.

It is common knowledge that someone of a certain age can relate to others of the same age. While Sloane is correct in saying that social media originally started as an asset for the younger generation, she doesn’t comment on the fact that it’s now widely used by all ages.  I know both 10-year-olds (in violation of the company’s terms of service, but that’s another topic) and 80-year-olds on Facebook. Who is to say that a person in their early twenties can relate to a grandmother in her sixties?

Ms. Sloane’s article implies that every single person of the older generation is behind the curve and cannot possibly understand new technology. This is obviously not true, as those who constantly come out with new technology and trends are often over the ripe age of 25.

However, it sounds to me like this is article is the outcry of an unemployed college graduate frustrated by the lack of jobs out there for young people – which I can definitely relate to. Unfortunately, excluding those who didn’t spend their teen years sharing pictures of themselves and posting status updates is ignorance at its worst.

DunderMifflinInfinity.com, NBC’s social networking site for its sitcom “The Office,” seems to be paying off for the broadcaster.… 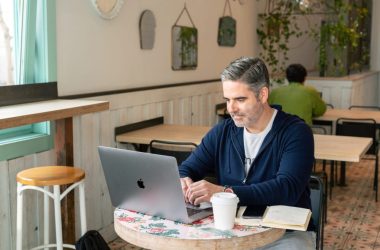 Do you know those little pop-up advertisements that you find all over websites? The ones that are typically…

I don’t like or follow brands. I keep my social networks social, and as much as I love…