What Prevents Women from Breaking into the “She-Suite”?

Breaking the glass ceiling is a personal and professional objective for many women. And while progress has been made, many women are still bumping their heads against this symbolic barrier.

So, what’s preventing women from securing these high-level positions? An executive panel, moderated by MSNBC anchor Stephanie Ruhle, sought to answer this question during the “She-Suite” session at the Tina Brown Women in the World Summit, done in partnership with The New York Times, in New York. Here are six inhibitors they discussed.

1)   There are fewer women in the technology sector than men.

According to a study by the National Center for Women and Information Technology, 25% of all computing jobs in 2015 were held by women — a number that’s been declining since 1991 when women held 36% of these positions.

The U.S. Bureau of Labor Statistics expects high-tech services to add one million jobs by 2024. Considering this career growth, panelist and YouTube CEO Susan Wojcicki said this gap is turning into a societal issue rather than just a gender one.

“We need more women,” she said. “We need a lot more women to change the culture and to make tech more accessible to everybody.”

Panelist Arianna Huffington, founder of the The Huffington Post and founder and CEO of Thrive Global, said it’s not enough for women to break through the glass ceiling; they need to strive to change the culture of their work places, too.

Huffington described the current U.S. work environment as one where employees are burnt out. This causes men and women to act out, she continued, and not show as much empathy towards one another. The Harvard Business Review also reports that women experience more stress, anxiety, and psychological distress than men at work, which the publication partially attributes to a “stereotype threat” where women are expected to perform tasks more poorly than men – a phenomenon that leads to subconscious apprehension and reduced performance.

If the percentage of women in leadership positions is discouraging, then the number of women in boardroom positions is even grimmer. According to fourth edition of Deloitte’s “Women in the Boardroom: a Global Perspective” study, just 12% of board seats are held by women worldwide. What’s more, only 4% of board chairs are women.

Panelist Sallie Krawcheck, CEO and cofounder of women’s investment platform Ellevest, said she applauds companies’ efforts to get more women on boards; however, she said that real change comes from having women in senior leadership positions, arguing that women in these roles can make micro decisions that create direct impact while board members generally focus on overarching policy.

“We’ve got to be at every layer of the pyramid by definition,” added panelist Miki Tsusaka, CMO, senior partner, and managing director of business consulting firm Boston Consulting Group.

Having more women in leadership roles is also good for companies’ bottom lines. After analyzing the more than 300 companies it’s invested in over the years, venture firm First Round found that companies with a female founder performed 63% better than companies with only male founders.

“The power of diversity is so substantial,” Krawcheck said.

4) There needs to be more support from male leaders.

Of course, if women really want to break the glass ceiling, then they need to rally support from more than just women; they need to get their male colleagues to embrace the value of female leadership, too.

“Power is transferred by those who have it — the people in power now,” Wojcicki said. “It has to come from the top.”

5) There needs to be a conversation between CEOs and middle management.

Women are less likely to advance in their careers than men, making it difficult for them to reach the coveted C-suite. Consider: A 2015 study by consulting firm McKinsey and Company and nonprofit LeanIn.org reveals that, across industries, 45 out of every 100 entry-level employees are women; however, this number decreases as women climb the corporate ladder to manager (39), senior manager or director (32), VP (27), SVP (24), and C-suite (18).

Krawcheck encouraged CEOs to speak to their middle managers to ensure that they’re hiring a diverse group of leaders, not just individuals who resemble the people already at the top.

6) There’s too much pressure on women at home and at work.

As if fighting for gender equality in the workplace wasn’t enough pressure already, women face even more pressure at home. For many women, mother isn’t the only caregiving role they play. According to the 2015 “Caregiving in the U.S.” report by AARP and the National Alliance for Caregiving, 60% of caregivers are female. What’s more, on average, caregivers spend 24.4 hours a week looking after their loved ones.

“By definition, we have this other job versus this job-job,” Tsusaka said.

Given these professional and personal pressures, the panel encouraged women to give themselves a break. Huffington told them to abandon the ideas that they need to constantly look their best and wear something new and Krawcheck tossed out the idea of being a perfect parent. As she put it, “I’ve announced to my family that I’m a mediocre mother on my best day.”

Find out how to reach 7 billion potential customers

If you’re not already registered for the upcoming Direct Marketing News webcast, slated for Dec. 13, then you… 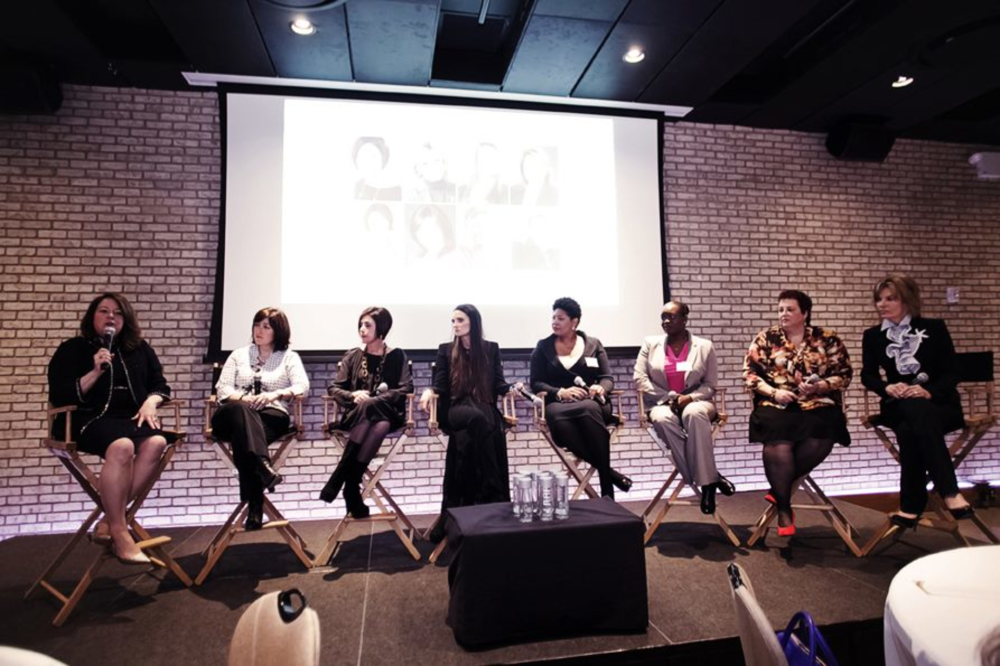 Words of Wisdom from The Breakfast Club

In the 1985 hit The Breakfast Club, there’s a scene featuring jock Andrew and misfit Allison strolling down…

Marketing Nation, the annual get-together for hands-on digital and data-driven marketers, may be hosted by Marketo: but refreshingly,…