If it’s fun and engaging, then someone, somewhere thinks it’s bad for you.

When I was very young, I read comic books. Batman, Superman, The Incredible Hulk. My dad thought reading them was bad for me. Wrong, of course, because I also read “real books,” and I learned a lot from the comics, not least about figure drawing. Somehow, I also came across horror comic books as a genre, and learned that back in the 1950s, they’d been viewed as a scourge of youth (sex and violence, of course), leading to Senate Hearings and a Comics Code.

Of course, by the end of the 1960s television was the problem, with a Surgeon General’s committee looking into its ill-effects. If you go back in time, you’ll find identical concerns about pulp detective mags, or about Victorian “penny dreadfuls,” not to mention reading in general among the less privileged classes (seriously). And if you come right up to November 2017, you’ll learn that technology in our everyday lives is “destroying the young.”

That’s the irresponsible scare story peddled by David Brooks in the New York Times last week, anyway. I use the term “peddled” deliberately, as it’s exactly the dog-whistle Brooks blows when he tries to equate tech with tobacco, insinuating — okay, outright stating — that tech companies are purposely sowing addiction among users.

There are many places to start, but let’s start there. “Addiction” is a notoriously slippery term. It’s meaningful when applied to heroin and other opioids, where deprivation can lead to physical withdrawal symptoms. There’s wide agreement that it’s applicable to tobacco use or gambling, where the habit can persist in the face of disastrous consequences. It does not follow, of course, that anything we find enjoyable — or even just plain useful — is addictive.

“Tech companies understand what causes dopamine surges in the brain and they lace their products with ‘hijacking techniques’ that lure us in and create ‘compulsion loops.'” So seethes Brooks. Well yes, dopamine is involved in the brain’s feedback system that let’s us know when something pleasurable is about to happen (or when we’ve avoided something bad). But not just for addictive behavior. Here’s an easily found explanation.

The ‘hijacking techniques,’ as described by Brooks, seem particularly insidious. “Most social media sites create irregularly timed rewards; you have to check your device compulsively because you never know when a burst of social affirmation from a Facebook like may come.” The same, obviously, is not true of traditional TV watching or binge-watching streaming TV. Maybe the regularly timing of stimuli counts as a ‘hijacking technique’ too.

Another gripe Brooks has is that the big tech companies are just too big. He mentions Apple, Amazon, Google, and Facebook as “near monopolies that use their market power to invade the private lives of their users and impose unfair conditions on content creators and smaller competitors.” Well there’s a legitimate concern, surely. Except it doesn’t seem to relate specifically to the tech business. After all, the anti-trust laws had their origins when monopolization of the railroads threatened to take control of commerce. Yes, railroads are technology; but not the technology Brooks is worried about.

Now, let’s be clear. There’s no reason to suppose Brooks thinks all tech is evil. We can reasonably assume he’s doesn’t think railroads, MRIs, or air traffic control are the work of the devil.  His ire is directed, of course, at consumer-facing tech — social media, for example. And here’s where we find Brooks’s marquee complaint — a headline-grabbing one: it’s “destroying the young.” Teens on social media are more likely to say they are unhappy; are at a higher risk of depression; and are “more likely to have a risk factor for suicide.” (To be clear, everyone “has a risk factor” for suicide, just as everyone has a risk factor for eating eggs for breakfast; presumably Brooks means a higher risk factor than for teens not using electronic devices.)

Critical minds will want to ask whether this is evidence of unhappy teens tending to use social media rather than social media tending to make teens unhappy. That’s underlined by a statistic he doesn’t cite from the one review he references: “Eighth-graders who…do homework more than the average teen cut their risk [of depression] significantly.” Is it doing more homework which makes them cheerful, or do cheerful eighth graders do more homework?

Maybe the original studies answer such questions, maybe they don’t. I’d be interested to know whether there are studies which report positive effects of social media; but Brooks isn’t digging for those. Could social media actually help users at increased risk of suicide? Facebook has announced that it’s now using AI to identify posts which signal suicidal thoughts. Flagged posts go to human moderators who can respond with mental health information, or even contact first responders.

Max Versace, CEO of Neurala, emailed us: “This is a legitimate use of AI, where the software uses past examples to learn what social media usage can lead to suicide. AI can be used for the common good, as we have done at Neurala in helping catch poachers with AI-powered drones in game parks in Africa” ( a story we covered in an earlier Stack).

Mentioning the Facebook initiative (or the bot-driven hunt for poachers) is not meant to refute Brooks’s argument. But it helps highlight how one-sided his perspective is. Could text messages, social media updates — even blog posts — provide solace to the depressed and lonely? Why not? But has anyone attempted to quantify that? Brooks won’t tell us.

Much easier to run with the penny dreadful, comic book, violence-on-TV meme that whatever is new and popular must be destroying the young.

Battle of the … financial advisors?

Anyone who might have an idea on how to avoid financial ruin is in high-demand, and finance-focused magazines… 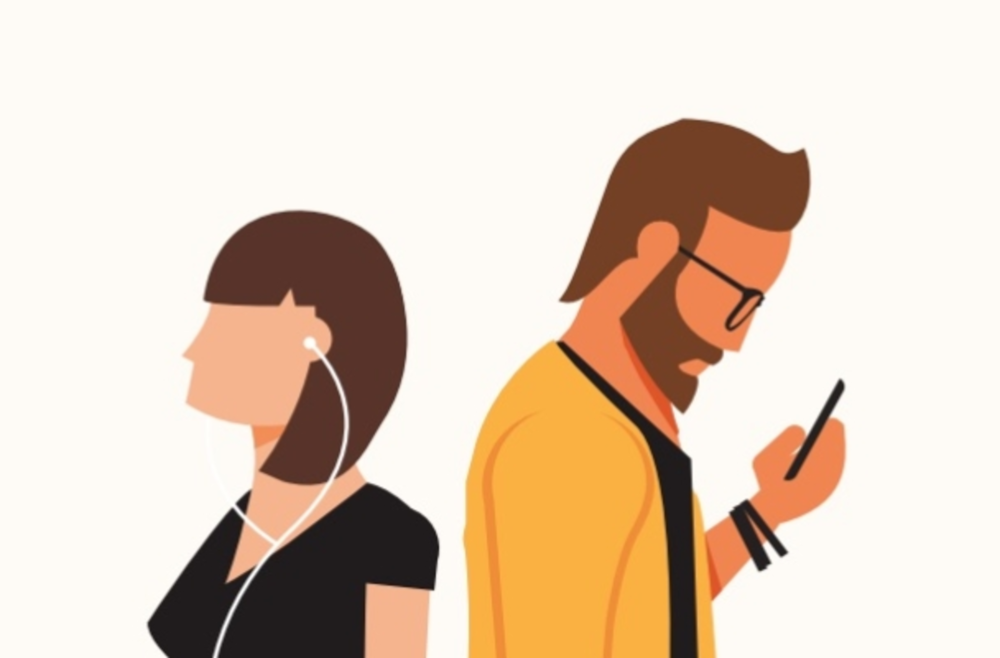 What (Truly) Matters to Millennials

For marketers, millennials are a moving target. Millennial shoppers are constantly on the go and forever adopting new…