The lesson of the talking pen

Immediately after finishing graduate school in 2008, I began working as the youth editor for an established dance magazine based in the U.K. At the time, the magazine was undergoing a redesign and relaunching as the world’s first “talking” magazine.

The magazine had embedded “hot points” that would play the music an article featured, teach music lessons and offer other extra content — even some of the ads had sound — when you touched them with a special “talking pen.” It sounded like an incredible way to enhance a reader’s experience and was perfect for a magazine that featured beautiful music. Why just read about music when you can also hear it?

They had also added the new youth section to expand their readership.

It was all revolutionary at the time, and in a way still is. I loved being a part of it, telling people about the magazine, demonstrating how the magazine “talked” and exposing people to new sounds. The only drawback was accessing the sound content, which was a bit tedious.

First, you had to purchase the pen for ?35 or about $54.07 at today’s conversion rates. This is steep considering the price was in addition to the ?30 annual subscription fee — not to mention on a youth’s allowance. The pen was about 6 inches in length, about an inch in diameter and ran on two AAA batteries. You could also plug headphones into it so you wouldn’t bother other tube (subway) passengers.

Lastly, the pen had a 500 megabyte storage capacity, which is a lot, but you would eventually have to delete content.

All this just to read a magazine? Not to mention, having to lug around this extra purple contraption everywhere you went if you wanted to read on the go.

I began thinking about all this while I was writing our May feature on QR codes. It struck me that the dance magazine was definitely on the right track and ahead of its time. They were trying to make the print version more valuable by enhancing the reader experience, as well as enhancing the advertiser experience. And they have surely accomplished this.

However, perhaps the magazine could have had more readers accessing the content if they had simplified the experience by incorporating a device that consumers were already carrying — like a phone — rather than requiring users to purchase an extra device. QR codes seem like an excellent way to provide the same talking-pen experience — or further enhanced experience if video is added — but at a lower cost and more accessible, convenient way.

With technology rapidly changing, marketers should not only ask how to enhance the consumer experience, but also ask how to simplify it and make it convenient for consumers on the go.

The customer is everything. You cannot sell anything without a buyer. Customer obsession is necessary. So how do…

So it’s that time again. The Awards dinner feels like it was just last week, but entries are… 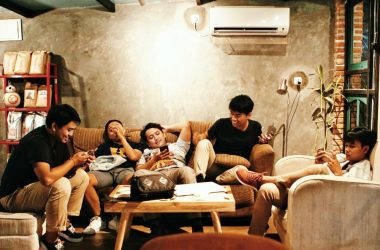