Trends are easy come, easy go. But will you let your customers go? Bismillah! We will not let them go! But rather than focusing on trends, Debra Kaye, co-author of Red Thread Thinking (with Karen Kelly) and partner at innovation and culture consulting company Lucule, advises marketers to focus on the core values, beliefs, and behaviors that shape their customers’ culture.

During her interview with Direct Marketing News, Kaye revealed the differences between cultures and trends and explained how marketers can develop their own culture strategies.

What is a culture strategy and why is it so important?

Culture is a pattern of beliefs and values. Those patterns and beliefs are expressed in behaviors. If we really want to understand why we do what we do, we need to understand the underlying culture. We think when people say ‘I love milk chocolate’ or ‘I love dark chocolate’ that they’re only talking about a flavor preference. But what we learned is it’s really based on their upbringing and their entire culture of how they view foods. So there’s a lot more that goes into it than just a mere taste bud preference.

How can a marketer implement a culture strategy when culture is constantly changing?

No, actually culture is not constantly changing. What’s constantly changing are trends, and we recommend not innovating based on trends. A trend is like green tea. Today green tea is in. Tomorrow green tea is out. But what actually takes a very long time to change is culture because those are deeply ingrained habits…There’s a psychologist named Larry Jacoby and he said that we have this idea of pastness. If we see something in the paper that’s about a trend and then we see it again, we have this feeling that these trends have been around for a long time. We remember having seen it, but we’ve actually only seen it recently and they haven’t really been hanging around that long. So, our mind plays tricks on us.

Why should marketers even follow this pattern of connecting consumer behavior and then interpreting it culturally? What will they gain?

They will gain big wins in the market place….One example that we’re all very familiar with is stopping people from smoking. For years, billions of dollars were put into the stopping people from smoking campaign, and it wasn’t working. The reason it wasn’t working was because we were talking about death, and people don’t really think about death. It’s not really about a presence of mind, and we don’t really think that we’re going to die. So it wasn’t really working very well. It wasn’t until we cut off access for people for smoking that the no smoking really started to take hold in America because people couldn’t smoke in their jobs and they couldn’t smoke in restaurants. So, it became too difficult for people to smoke. But, the actual campaigns didn’t work.

We did a campaign when I ran an advertising agency in Latin America that was very effective for children and that’s because we never talked about death because death has nothing to do with the underlying culture and the underlying meaning for children….What’s meaningful for young teens is fitting into their group. What they desperately need is to fit into their group – to not be ostracized. So we told them, ‘You want to smoke? Go ahead. Go smoke. But you know what?’ (And we showed people spraying their hair with smoke. We showed people painting their teeth yellow). ‘Your hair is going to stink. Your teeth are going to turn yellow. You’re going to get wrinkles 10 years before everybody else and look old and ugly.’ Then we showed them going into a group and, because they stunk and were dirty and disgusting, the group ostracized them. On the package of cigarettes, we said ‘Smoking seriously endangers your looks.’ That was a very successful campaign because that went right at the heart of what was important to teenagers: fitting in. It had nothing to do with death, and it had nothing really to do with everything that cigarettes are really all about. That’s why culture is so important because you get to the root value of what people believe in.

In your book you write that “the best innovations, and the ones that are most likely to succeed change the game by relating to behaviors that already exist…”  Do most marketers adhere to that idea?

No. I don’t. We’re all human beings. Here we come up with this fabulous new idea and we think ‘Wow! This is the greatest thing from sliced bread! I’m so happy that I came up with this great idea!’ You think because you’re in love with it, everybody else is going to fall in love with it, and everybody else is going to come running to this new thing because you think it solved all these problems. The reality is it is very difficult to change a behavior. What you have to do is you have to look at what their behaviors are and you have to fall into that.

That’s something that Apple did with the iPod. Apple is great at coming out with more beautiful things than everyone else, but they didn’t just come out with a more beautiful mp3 player. What they saw was that people wanted to get to the end benefit more quickly, and the end benefit, of course, was enjoying music. What they did was they streamlined everything. The iPod actually has fewer features than many of the mp3 players of the time, and they created iTunes so that you didn’t have to look all over the web and find all these other services. You could get to your end benefit of music much quicker. What they did was they made access easier, and they took out steps to get to the end benefit. They understood the behavior much clearer….If they had created an mp3 player that was just more beautiful and still had more steps or a different step, it wouldn’t have been as successful.

Is there a particular channel that you recommend marketers use when leveraging culture to connect with customers?

What we have just developed is something called the Social Media Pénte….We just presented it at South by Southwest (SXSW) on Sunday and we’re doing a whitepaper on it now. What you have to look at it is: What is the message you’re trying to communicate? What is the type of device that you want to use? Are they going to be viewing it through a computer, through a smartphone, through a tablet? What is the timing of the message? And what is the medium that you’re using? Are you using graphics, words, are you using photos? What are you using? You have to look at all of those in combination and you create a pattern so that you can get better use out of your social media.

If a marketer said ‘I don’t really know how or where to start taking advantage of a cultural shift or strategy,’ what would you advise him or her to do?

There are two things you need to do. The first thing is you really need to deeply understand the values of your consumers and their behaviors. Generally speaking, we would go in and do some very deep ethnographic interviews with consumers with professional anthropologists to understand their values. And then we would look at …the current way that they’re doing their direct marketing campaign and we would look at the patterns. One of the things that we are looking at today that brands have not yet understood is that the world has changed. We are no longer in a mass marketing age. We have left the mass marketing age, which is more of a one-way communication, and have re-entered in a new way the personal communications age.

Today, the smartphone or the tablet is where all the action is. When a consumer receives a message in an email, their response and how they feel about it is very different than when they respond to a text message or to a Twitter message and brands are not understanding that yet. We would be examining that modeling now to see how their consumers react to those different kinds of messages and we would be putting some tools across it. We would be understanding the culture and the equity of the brand and the people and their values plus how people are responding to the messaging through those other channels and that’s when we start to build a case what’s the most effective way to do this.

What is the biggest misconception that marketers have about using culture in their marketing strategies?

The biggest misconception is they’re trying to maintain their brands with a very rigid message in a very strong space and time. I think marketers need to understand that they need to be part of the culture, let the brand fray at the edges, and let consumer ply with the brand a little bit and that’s very scary to them. 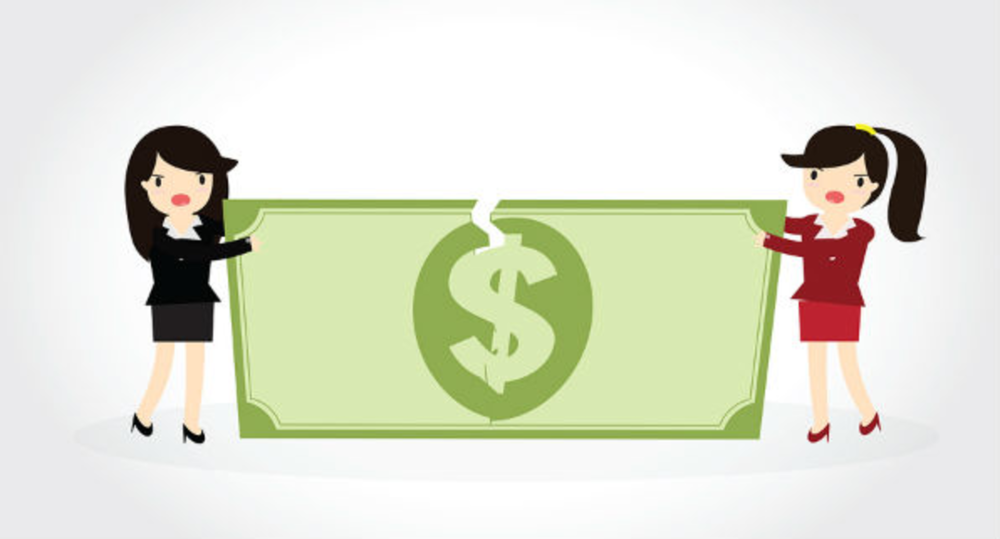 The message at SiriusDecisions’ 2015 Summit is clear: “Marketing, product management, and sales need to be aligned to… 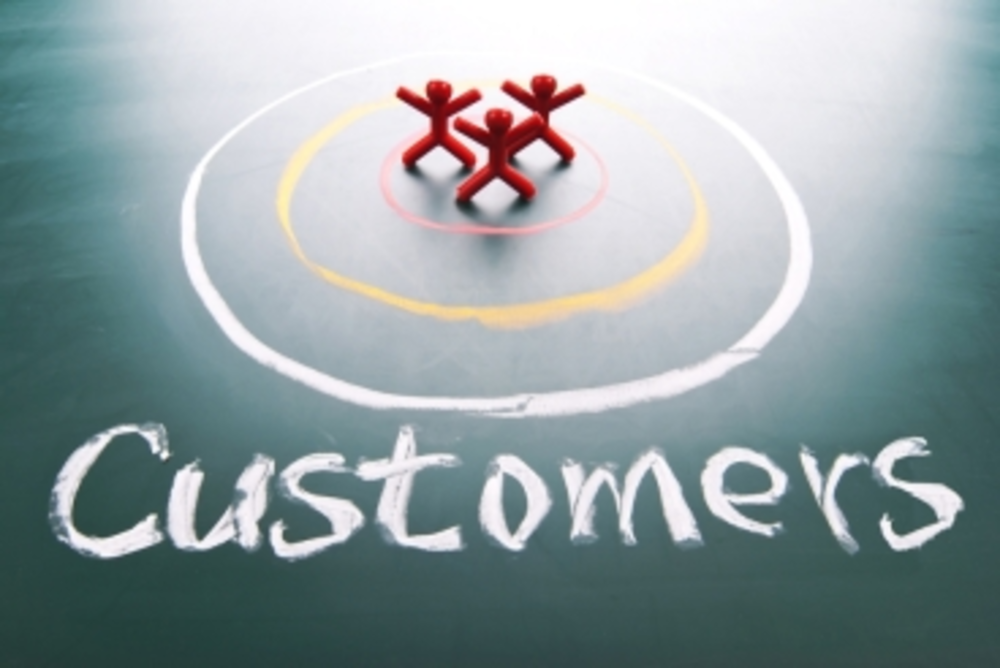 Relevance is the key to driving marketing campaign performance: getting the right message to the right audience at…

I have heard a lot of baby boomers and Gen Xers on panels talking about what millennials like,…