Social Media Footprint Facts: What You Should Know

Abby Miller
0
0
0
There is a thing called your social media footprint. It’s something to keep in mind whenever you post on your numerous social media accounts.
Total
0
Shares
0
0
0

There is a thing called your social media footprint. It’s something to keep in mind whenever you post on your numerous social media accounts.

In this post, we’ll discuss your social media footprint and why it matters, so you’ll have a better grasp of what’s going on when you go online.

Why does your social media footprint matter?

People have utilized many forms of communication throughout history, and social media is no exception.

Never before has it been so simple for individuals to communicate with one another. Furthermore, we disseminate media widely on the internet, garnering millions upon millions of views in a few days. We shape our sense of self in part by our social media presence and the comments we receive on these platforms.

Many people use social media responsibly and productively, while others abuse them and use them as a coping strategy. We may use this online connectivity for good, but we can also use it to disseminate hateful and violent sentiments.

People often overlook the fact that posting on social media is not the same as having a face-to-face conversation. Normal talks take place, and then they vanish. All online social media interactions still exist. Everything you read, see, say, buy, or search for leaves a digital trail that others may follow.

Cultural transformations lead to new understandings of the world. This is a tendency that people are starting to notice. Those shifts aren’t always compatible with older social media content.

One recent example is Carson King, an Iowa man. A tweet he sent over seven years ago became a problem. During a college football broadcast, Carson held up a placard with his Venmo details. He explained that his beer fund was running low and that he could use some help. He ended up with over a million dollars and decided to donate it to a children’s hospital.

One of his tweets from the social media footprint of 2012 was discovered by a reporter. In addition, it included a quote from the popular show Tosh.O. Carson, who was 16 at the time, had no idea that the video was offensive and would forever be associated with him on social media.

The point is that most of us have forgotten about all of our posts from seven years ago, and who knows what kind of nonsense was posted then?

Your digital footprint is just “out there.”

The frightening aspect of your social media footprint is that it can infiltrate your personal life.

In fact, the specifics of your social media footprint can have an impact on almost every aspect of your life. Your digital footprint also includes the network of individuals, groups, and ideas with whom you have associated yourself. It has been captured and used every time you liked, commented on, or shared something on a friend’s or group’s page.

Your social media footprint is part of your digital footprint. It is basically the sum of all of your online activities.

Granted, your typical web activity isn’t as well-documented as your social media activity. However, there’s still a lot of information accumulated. If you value your privacy, there are a few things you can do to free yourself up a little.

Here’s something you should know about managing your digital footprint.

When attempting to manage your online footprint, the first step is to read user agreements.

There is an online footprint created almost every time you make an account on a website…and pretty much every time you’ve ever had an account online. In addition, you agree to a laundry list of terms governing your data, your behavior, and more.

Take a look at your social media history.

While everything you do online leaves a permanent mark, not all of it is accessible to the public. The information on your social networking sites, on the other hand, will remain public for as long as you leave it there.

We’ve all made a self-indulgent post in which we revealed too much information or said something we afterward regretted. It could be a good idea to look through your archives to see if there’s anything you said then that you wouldn’t say now.

This is for friends, family, and possible employers who work online. The majority of businesses look at potential employees’ social media sites to get a sense of who they are. Remember that they have access to everything you’ve ever shared. In addition, they can make snap judgments about your present persona.

Inappropriate photographs, drinking, drug usage, racist or sexist comments are available and taken into account. In addition, talking badly about former coworkers, talking badly about previous managers, and even poor language are some of the most obvious things to look at. These things have sometimes been the causes for job rejection. It is simply the result of old social media posting-your social media footprint.

Your Mom was right. If you don’t have something nice to say, don’t say anything at all. Especially these days! Keep in mind that servers scattered across the globe store everything you say online. 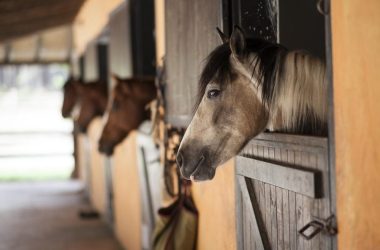 Over the years, horse racing has built quite a significant fan base that carefully follows all the things… 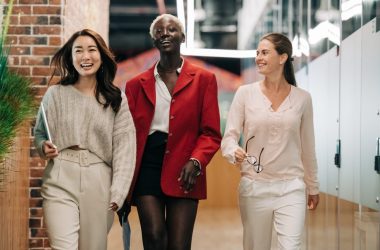 Future Jobs: 5 Things We Know About Them Right Now

New data and measurements give us insight into future jobs. Identifying and understanding these jobs help us prioritize… 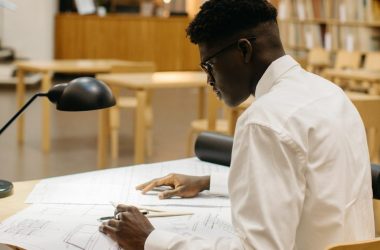 Your Future Career: 7 Steps to Prepare

Do you want to start now to prepare for your future career? Here are seven helpful hints that…