Spin magazine, New York, and Riffage.com, Palo Alto, CA, kick off a campaign this week in which they will distribute more than 250,000 MP3 music CD-ROMs inside the June newsstand issue of Spin.

The campaign marks the first time a major magazine will distribute an MP3 music CD-ROM, according to Riffage, a 1-year-old music community. The CDs will be distributed in five months of Spin until July 2001. Each issue’s CD-ROM will contain 150 new and complete songs from the more than 119,000 artists whose music is available on Riffage’s Web site.

Riffage describes the artists on its site as “edgy and aspiring” and believes that by working with Spin it will bring these artists in front of a broader, mainstream audience. Some of the artists available on the first CD include Seeds of Labor, Five Point Plan, Cause Way, Hotbox and Shapeshifter UK.

“Internet music is definitely catching on and going mainstream, and it all depends on how you choose to get it out there,” said Page Murray, vice president of marketing at Riffage. “I don’t believe a magazine as large and widely accepted as Spin has distributed a music CD-ROM in this way. CD-ROMs may have been distributed in video game or PC magazines but not one of the major publications like this.”

With all of the controversy over music and the Web, Murray said the one thing that makes this campaign different is the artists included on these CD-ROMs gave their permission. And he said they hope users will spread the word about the CD-ROMs and pass them onto other people to help get their names and music in front of as many people as possible.

“It’s easy to share songs from these CDs,” Murray said. “And the artists want them to pass along these CDs to other people.”

Once the consumer has inserted the CD-ROM into his computer, the disk will run a test to see if the computer has the necessary software to run it. If not, the disk will allow the user to download the software for free. A main menu of the available songs is displayed as soon as the general introduction and equipment check is completed.

“While listening to any of the songs the user will be able to click on a link taking them to either the song page, the band page or a fan page, all of which are on our site,” Murray said. “Our site also has full e-commerce capability — and if they want, they can purchase the band’s CD from us.”

The first CD-ROM will include a promotion for a special annual subscription to Spin, with a link back to the magazine’s home page. Full-page HTML ads will contain links to the sites of other sponsors. On this first CD, sponsors include Nuvo, a multimedia company that assisted in the design of the CD; bolt, a generation-Y community site; and Voquette Software, which allows Web users to download and organize different types of media from the Web.

Once at the Riffage site, users will have the option of signing up to become members. Riffage collects the information, including name, e-mail address, mailing address, age and two musical genres of choice. The company does not rent or sell the names of its members, but there are more than 250,000 registered members it contacts on a weekly basis through a newsletter.

Murray said the site will be able to track all of the actions taken by the consumer. Riffage has distributed MP3 music CD-ROMs before but never through a major publication. In the past, the disk or links from it have been passed, on average, from one user to five other people, he said.

The company has no plans to include future CD-ROMs in magazines going out to Spin’s mail subscription base, but Murray said it is exploring that option, especially since the U.S. Postal Service is testing a service that features a ride-along program allowing magazine publishers to ship ride-alongs of up to 3.3 ounces for a flat rate of 10 cents each.

Riffage is a Web site that specializes in helping smaller, independent artists achieve direct contact with their fans by providing them with the opportunity to create a weekly e-newsletter that they can send to fans. 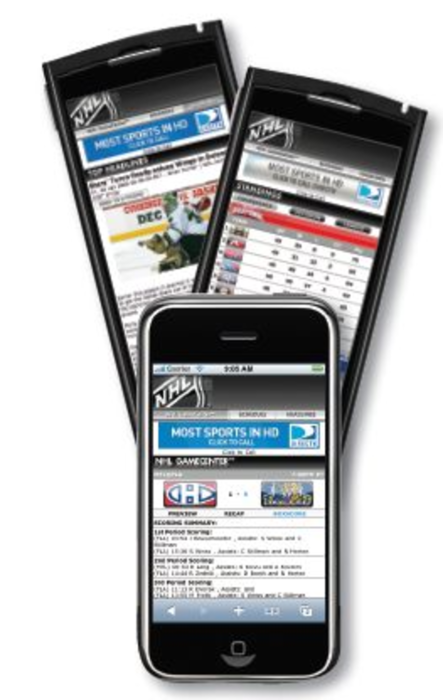 NHL skates into mobile space with WAP version of its site

If consumers hate telemarketing calls so much, Daniel Shifrin has a proposal that might make the calls more…