Pat Connolly, architect of Williams-Sonoma’s multi-layered direct business, threw down the recession-era gauntlet at an NRF meeting in March 2010. “If the market’s not growing,” he declared, “that growth is going to have to come at the expense of someone else.”

Connolly apparently made good on his threat. Combined revenues at Williams-Sonoma‘s five retail concepts, which include Pottery Barn, West Elm, and Rejuvenation, increased 6.2% for its 2011 fiscal year, surpassing the retail industry’s 2011 holiday lift of 5.6%. In this year’s second quarter ending July 29, Williams-Sonoma’s revenue rise hit 7.4%, owing heavily to a 12.6% increase in direct-to-consumer sales.

What did Connolly know that his competitors didn’t? More about his customers’ purchasing behaviors owing to his 30 years’ experience? Perhaps. On the other hand, it might have had more to do what he had than what he knew: an enterprise data warehouse and a burgeoning respect for Big Data.

“Big Data changed our entire dynamics,” said Williams-Sonoma CIO John Strain at the recent SAS Premier Business Leadership Series in Las Vegas. “We can calculate hundreds of predictive attributes and leverage our spend to each channel.”

If you’re looking for a good definition of Big Data, try this one: “The emerging technologies and practices that enable the collection, processing, discovery, and storage of large volumes of structured and unstructured data quickly and cost-effectively.” It’s courtesy of SAS’s VP of Thought Leadership Jill Dyche and it underscores an important thing to remember about Big Data. It doesn’t change the process of marketing; it takes the process and supercharges it.

Take the tried-and-true direct marketing concept of recency. It’s one of those intuitive truths—people who bought from you recently are more apt to re-purchase than people who bought from you a long time ago. And it was patently effective long before cloud-based analytics formed over a digital marketing landscape. The Database Marketing Institute’s website recently ran results of a study done in 1995 showing that mailings sent to prospects rated in the top quintile for recent purchases got a 3.49% response versus 1.29% for mail sent to the second quintile.

Recency is hardly new to direct marketing, and it’s not new to Pat Connolly’s team of seasoned direct marketers at Williams-Sonoma. What’s new is how marketers can now take an old concept, have a CIO like Strain run it through the Big Data machine, and watch it emerge ready to deliver on its true potential. Big Data is all about real-time marketing, the gurus will tell you, and so is recency.

“If you’re online looking at a couch, we’ve got to get to you now,” Strain said. “If you leave us [without taking action] and go back to a search engine, we want to have an ad show up for the category you just shopped. If you abandoned your cart, we are going to ping you with follow-up emails, but advanced analytics tells us what kind of messages to use and how often we can keep pinging you before we become a pain in the [butt].”

Big Data also helps Williams-Sonoma hang on to the big money that makes for 12% DTC sales increases. Strain claimed that personalized content born of customer intelligence and real-time reactions has produced huge open rates without the use of discounting.

“If we know who you are, we have a big advantage. Right now only 8% of our emails have targeted content, but 32% of our sales come from those,” Strain said. “We’re just scratching the surface. The closer we get to the data the more we’ll know what we’re leaving on the table.”

And the more some poor recession-weary competitor will have to pay for what Pat Connolly’s crew picks up. 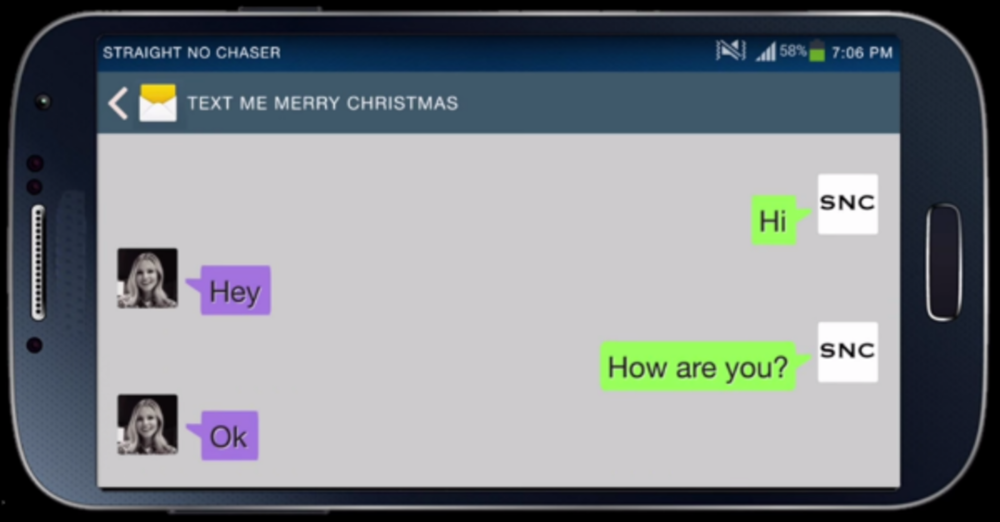 When it comes to Christmas music, I typically have a no-listening-until-December-1 policy. Although it may seem a bit…