The breadth of Rob Rasmussen’s know-how won’t let him be pigeonholed as any one kind of creative. He’s not a just digital guy or a copywriter or a designer—he’s a kind of renaissance creative with the ability to see projects with a big picture perspective that puts customer experience at the absolute center of everything.

As such, he’s being presented with the 2012 Irving Wunderman Award, an honor presented annually at Caples, to recognize his remarkable body of creative work, as well as his outstanding service to the direct marketing community.

“The secret is that every execution needs to be connected and it all needs to come from the same place and voice,” he says. “When a brand is being honest, people really connect with that, because most of the time it’s the retail and the direct [marketing] that people spend more time with than the 30-second TV spot.”

Although ramen is the only thing I’ve used a stove to make recently, I’m reminded of a cooking metaphor of sorts. The ingredients for a meal might be tasty on their own or super-deluxe expensive, but if you don’t integrate them properly, you end up with filet mignon milkshake peanut butter cookie crumble brie fondue surprise. And that just doesn’t work.

Back in 2003–2004 at Wieden, Rasmussen cut his integrated teeth on an unorthodox campaign for Sega that changed his perspective on what direct can really mean. The campaign, for Sega’s ESPN NFL Football 2K4, a challenger to EA Sports’ Madden NFL, was a fully multichannel effort that embraced digital and experiential content marketing before it was a “thing.”

To promote the game, Rasmussen and his team created an online persona known as “Beta-7,” a fictional character played by a real guy—they hired an out-of-work screenwriter to act the part for four months. He subtly infiltrated the gaming community, posting videos and messages on game-related websites, making friends, building online relationships, and complaining about how the game was almost too real.

That was the idea; to play off the media concern circulating at the time that video games were violent and thus cleverly spread the buzz that Sega’s offering was so real—and, of course, awesome—that it could make you confuse the game for reality. Beta-7 was supposedly involved in beta testing for Sega’s game. At one point he blacked out and tackled someone. He was escorted out of the testing room and everything went downhill from there. The screenwriter playing Beta-7 posted, just like a real person would, about how the incident at the beta testing facility left him shaken. He said it caused him to lose his job at a restaurant. Then his fictional girlfriend dumped him. Beta-7 blamed the downward trajectory of his life on the game and his goal, online, was to get people to boycott it before it launched. The campaign culminated with actual picketing.

The results were pretty mind-blowing. Rasmussen and Co. were expecting engagement from maybe 2,000 players, at the most. Within two weeks, 40,000 were involved. People were spending 10 minutes or more engaging with Beta-7 and the campaign ultimately brought in four million clicks.

Rasmussen says the experience opened his eyes as a creative.

“To me, nothing felt the same anymore after that,” he says. “When I got a brief and all it called for was one 30-second spot, one 15-second spot, one print ad, a single direct piece, and a single digital piece—that didn’t feel like the right thing to do anymore.”

Make sure to check out an expanded Q&A with Rob in our December 2012 issue, and get your Caples tickets here, while they’re hot. The Caples Courageous Creative Summit and the Caples Reveal go down Thursday, December 6 at 82Mercer in New York City.

And now, a bit of Caples trivia for you: When Irving Wunderman and his brother Lester—progenitors of Wunderman, Ricotta & Kline, which later became the simply eponymous Wunderman—founded WR&K in 1958, they had zero clients and were operating out of a room in the former Hotel Winslow at 551 Madison Avenue, currently the Mellon Financial Building. Today Wunderman comprises a network of 15 companies and 145 offices in 59 countries across the globe. Love stories like that.

Bank of America has launched a tidy little retention effort for its online banking customers: the “Add it…

From the Department of the Ridiculous

In what’s either a hoax or a bizarro attempt at brand-building, Zappos.com has put a $50,000 T-shirt up… 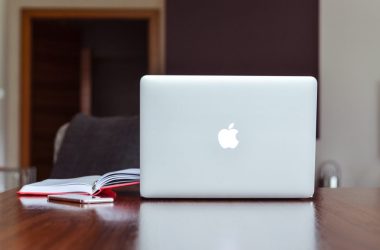 5 Ways to Create Trust in Your Brand

Without trust, your brand doesn’t stand a chance to survive in today’s competitive market. Customers expect a lot…