We all have little things that make us happy. For me, it’s eating cheese, watching reality TV, and listening to Broadway/Disney/bad ‘90s music (oh—and spending time with my friends and family, of course). What’s important is that marketers recognize these fuzzy-feeling generators and capitalize on them to produce results that make both their CMO and CFO grin.

However, what marketers say makes consumers happy and what actually does isn’t always aligned. Don’t get me wrong: New cars and clothes are nice; however, Action for Happiness—part of the registered charity The Young Foundation—knows that happiness extends beyond material things. Based on psychological research, the organization developed the “10 Keys to Happier Living” in 2010, which it spells out through the acronym GREAT DREAM.

Giving (doing things for others)

Relating (connecting with others)

Exercising (taking care of oneself physically)

Appreciating (acknowledging the world around oneself)

Resilience (coming up with ways to bounce back)

Emotion (looking at things in a positive light)

Acceptance (being comfortable in one’s own skin)

Meaning (being part of something bigger)

But making consumers happy doesn’t mean that marketers have to suffer. Here are four brands that have incorporated at least one of the “10 Keys to Happier Living” into their marketing over the past year and have produced results that would leave any marketer beaming.

Buying acne products rarely puts a smile on consumers’ faces. But Johnson & Johnson skin care line Clean & Clear sought to change that with its “See the Real Me” campaign.

The campaign, which launched in early 2014, plays off of the happiness key Acceptance by showing girls that beauty is being confident and comfortable in one’s own skin. The brand sends this message through a video series. For instance, the first video features an aspiring ballerina named Emma who aims to be the best she can be, even if her “crazy” hair and “wider” shoulders make her look different than her fellow dancers.

Clean & Clear went on to produce other videos in 2015, including one featuring a young woman named Alana who breaks gender stereotypes by being a competitive skateboarder and another starring a young lady named Precious who proves that her being blind doesn’t define who she is.

Procter & Gamble (P&G) feminine product brand Always made headlines last year when it debuted its #LikeAGirl campaign in June 2014. The brand hired documentarian Lauren Greenfield to interview young girls about what they thought doing things “like a girl” meant. The film, which aimed to help maintain adolescent girls’ confidence, showed girls that they shouldn’t feel insulted when someone says that they run like a girl or throw like a girl because being a girl is a pretty amazing thing. The viral video earned more than 85 million views across 150 countries, according to P&G, and generated more than 1.5 million shares.

But #LikeAGirl has become more than just an inspiring spot: It’s become a movement. According to Always, only 19% of females 16 to 24 had a positive association with the phrase “like a girl” before the campaign. But after watching the video, 76% agreed that “like a girl” is no longer an insult. Fifty-nine percent of men say that the video changed their perception of the phrase, as well.

Always propelled the movement’s momentum by airing its #LikeAGirl spot during this year’s Super Bowl. The commercial earned more than 400,000 social mentions—86% of which were extremely positive, according to Adobe Marketing Cloud. And instead of stopping there, the feminine product brand debuted a follow-up spot this past March in honor of International Women’s Day. The video shows a compilation of clips of girls demonstrating what it means to play basketball, calculate, and fight like a girl. The video, which has earned more than 370,000 views on the brand’s YouTube channel alone, also invites young women to share their own #LikeAGirl stories.

Not only does the campaign empower young women, but it also plays into the happiness key Meaning by inspiring girls to be a part of a movement that’s bigger than themselves.

Corporate responsibility is important to many modern consumers. Consider the following data from Nielsen’s June 2014 “Doing Well By Doing Good” report: More than half (55%) of the 30,000 global consumers surveyed say that they’ll pay extra for products and services from companies committed to positive social and environmental impact. In addition, 52% of respondents have made at least one purchase in the last six months from one or more socially responsible companies.

Beer brand Stella Artois is leveraging this knowledge and adhering to the first happiness key, Giving,  with its “Buy a Lady a Drink” campaign. The company is partnering with water and sanitation nonprofit Water.org to help bring water to women around the world who walk a combined 200 million hours a day to collect clean drinking water. For every limited-edition Stella Artois chalice people buy for $12, the beer brand will donate $6.25, which provides clean drinking water to one person for five years. Stella Artois agreed to make this donation for up to 20,000 chalices.

The campaign, which launched this past January, includes a spot featuring a few women who walk several hours a day to collect water, as well as actor and Water.org cofounder Matt Damon. It also has a series of follow-up videos that dive deeper into each woman’s story. Stella Artois premiered these films at the Sundance Film Festival, which it sponsors, along with a “Water Wall” to educate people about the initiative. The brand also created a designated landing page for the campaign.

According to the Amazon page where consumers can buy the chalices, Stella Artois is currently out of stock. The beer brand also made a $1.2 million donation to Water.org.

It’s hard for this MetLife Hong Kong commercial to make you smile without first making you cry. The insurance provider’s commercial, which was posted on YouTube this past January, shows the sacrifices a father makes to give his daughter a better life.

The campaign was part of MetLife Hong Kong’s broader “Pursue More From Life” global advertising and digital marketing strategy, which aimed to drive brand awareness and engagement, according to the brand’s official press release. And it seems to have worked. As of mid February, the video had earned more than 15 million views on Facebook and YouTube.

While the spot is certainly a tearjerker, it also encompasses a number of happiness keys. For instance, it shows Resilience in the way that, despite his financial challenges, the father continues to work hard and make sacrifices to give his daughter a better life. The spot also taps into the Emotions aspect by showing the father embracing the happy moments in his life—like his daughter winning an essay contest or her simply enjoying a ride on his shoulders.

But what makes the commercial really tug on consumers’ heartstrings, in my opinion, is the way that it incorporates the Relating and Appreciation happiness keys. For instance, the commercial connects with other consumers in that many viewers have had parents who’ve scarified for them or they are parents and they know what sacrifice means firsthand. In addition, the little girl’s description of her father at the beginning of the letter shows how much she appreciates all of the little things he does for her—whether it’s buying her a popsicle or simply making her laugh. And the “pursue more from life” call-to-action reminds consumers to appreciate life’s moments—both big and small.

So although the commercial may cause a few tears to shed, overall, the spot plays into the one thing that makes every good parent happy: providing a better future for their child. And although I’m not a parent myself, I can only imagine the overwhelming sense of joy that must bring. 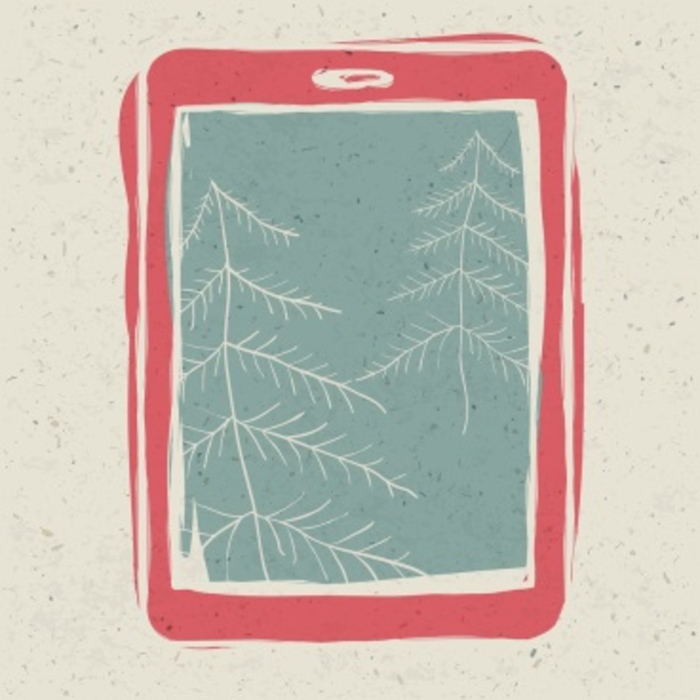 According to eMarketer, actual sales transactions completed on mobile devices account for a rapidly increasing share of U.S.…

Commuters at New York’s Penn Station tend to be in a rush, but Intel is hoping they slow…

Today has been a madhouse for journalists like me who are covering South by Southwest Interactive (SXSW). Major…