When Mitchell & Ness decided recently that it wanted to drive e-commerce sales, enhancing its Web site to appeal to its male, Internet-savvy, under-35 audience became a priority. The revamped MitchellandNess.com, featuring more dynamic graphics and fewer steps to reach highlighted products, debuts May 17.

Prices for the vintage apparel range from $10 to $600. However, about 80 percent of the company's business is done in jerseys and jackets that sell for $250 to $375, Capolino said.

Originally targeted to college-educated males, the line “has developed a youth-oriented audience who thinks it's cool because it's not a mass-marketed brand,” Capolino said. Seventy percent of the brand's customers are men ages 20-35, he added.

To reach this audience, the line is carried in urban specialty retailers that feature brands such as Sean Jean and Echo, he said. The line also is available in fan shops, fashion boutiques and a Mitchell & Ness store in Philadelphia for a total of 600 U.S. locations.

However, “the product line is so vast, the only way to understand it is through the Web site,” Capolino said. In 2003, the company developed a site in-house that stocks 10,000 products. Its in-house Web abilities didn't make the grade, however, and the site “was very dormant,” he said.

To help relaunch the site, Mitchell & Ness hired interactive marketing agency DMi Partners, which has offices in Philadelphia and Delray Beach, FL. One new feature DMi provided is the ability to go from an Internet ad for a specific product directly to that product on the site with one click instead of multiple clicks.

Product search also is improved. For example, if someone types in “Magic,” he or she will see apparel related to former Los Angeles Lakers basketball star Earvin “Magic” Johnson and to the NBA's Orlando Magic. Previously, no response came back.

Graphic capabilities are improved as well, letting Mitchell & Ness give fuller descriptions for each product, include additional images of a single product and allow users to zoom in on products.

In addition to the licensed apparel, the site also carries Mitchell & Ness-branded athletic apparel consisting of warm-up suits, track jackets and T-shirts. This fall, the company introduces a line of collegiate vintage sports apparel with varsity jackets and warm-up suits for Penn State, Notre Dame and the University of Michigan.

The first step of a marketing plan for the new site launches June 1. It will include search engine strategies. Targeted media on ad servers and sports portals will follow. 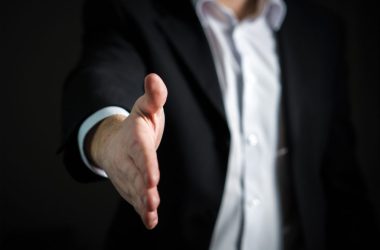 American Mint LLC will issue refunds and pay more than $25,000 in fines, alleged to have billed and…