Small business owners desperately want to do a better job of targeting potential customers and giving personalized attention to current ones, they just don’t have the time or expertise to do it correctly. And they can’t afford the price tag on solutions aimed at midmarket enterprises.

That’s the takeaway from Goldman’s Sachs $54 million financing of Infusionsoft announced today, according to Infusionsoft CMO Greg Head. Two other venture capital firms also recently chipped in, providing thecompany with a total of $71 million with which to fulfill its mission to supply small businesses with modern marketing tools that will send their owners home earlier in the day with more money in their pockets.

“Marketing software typically goes one of two ways: no-touch programs for consumers or high-touch programs for enterprises. We’re in between,” Head says. “We’ve always thought our solution had a potential to be a big business, and now we’re really excited that Goldman Sachs agrees with us.”

Infusionsoft’s  two-user package costs $199 a month and promises 500,000 emails. Head, a former ACT and SalesLogix executive, claims that Infusionsoft is singular in that it combines marketing software with CRM and sales force automation.  The company promises to provide new users with a targeted marketing campaign in the first month, during which Infusionsoft service agents help business owners customize their systems.  Social media tools and web analytics are included in its packages, which include$299 and $499 options for additional users.

“There are so many new tools out there, it’s confusing even for large businesses,” Head says. “Small businesses often lack the resources to even follow up on a regular basis with existing customers, let alone take the time to turn traffic on their websites into ongoing marketing conversations.”

Head add that his company’s software and services are not meant for casual startups or kitchen table entrepreneurs. “If they don’t have a business model up and running, we can’t be of much help to them,” he said. “Our customers are local retailers, dentists, insurance agents—businesspeople who are neglected by bankers and technology providers.”

Infusionsoft itself has a highly defined target customer: businesses with two to 25 employees, 5 million of which are in operation in the United States, according to the company. Considering that the 8-year-old firm has but 12,000 customers dispersed in 70 countries, management sought venture capital to explore what it deems a much larger market. Head says Infusionsoft revenues grew 50% to $39 million in 2012. 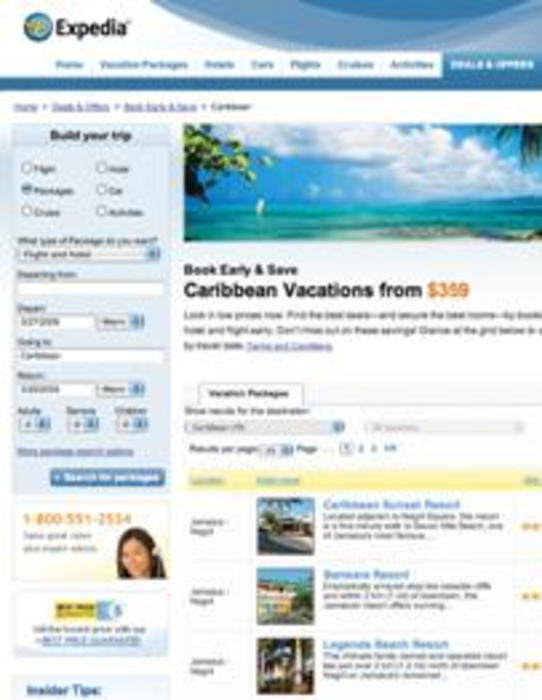 Online travel deal aggregators Expedia and Orbitz each have boosted their efforts this March ? not only to…

The committee in charge of finding a replacement for Direct Marketing Association president/CEO H. Robert Wientzen has hired…

From the cover, it's hard to tell that the premiere issue of Jayson Home & Garden catalog is…