Lenovo Aims for the High-Income “Prosumer”

What does it take to survive in the ultra-competitive space of personal computing? A few years ago it was a Game of Thrones-style slugfest to snap up market share. Warring houses such as Acer, HP, Dell, and Lenovo tried to overwhelm opponents with low price points and a bevy of product.

But this has changed. Apple achieved dominance by becoming a purveyor of premium products. Samsung soon followed. Acer, which until recently was a major pusher of cheapo netbooks, is beginning to market high-end computers.

The goal, says Ajit Sivadasan, VP and GM of global web sales and marketing at Lenovo, is to hit the high-income “prosumer” (people who want both professional class and consumer class products) market. “Samsung and Apple are the next set of challengers,” Sivadasan says. “It’s not about the price point, it’s about features and feel. You cannot win with a reputation as a cheap manufacturer.”

This is a shift from just five years ago when Lenovo’s only notable product was the ThinkPad, which the company inherited when it acquired IBM’s personal computing business in 2005. But the ThinkPad was a computer for business, which was fine because at the time Lenovo, like many of its peers, pushed for market share. In this, the company was successful: Sivadasan says Lenovo’s share went from 6% globally then to 15% now.

“That transition made us play the game differently,” Sivadasan says. “Now that we have market share, we feel you have to own the high-end consumer user base.” The problem of course is overtaking Samsung and Apple—and the strategies for accomplishing these goals are still being refined.

Lenovo is working gradually, on a country-by-country basis, targeting its PCs and mobile handsets to specific customer segments. In China, the company recently went from third or fourth biggest mobile phone provider to number two and expects to be number one, overtaking Samsung, by the end of the year, Sivadasan says. In India, the plan is to manufacture one million units a year.

Sivadasan’s role is to oversee the company’s online sales and marketing, reaching a target of 100 million people globally through Lenovo.com. Part of this involves recognizing key customer segments, of which Sivadasan identifies his top three: urban commuters who are affluent and highly educated; young, professional couples with smaller families just starting out in their careers; and tech lovers.

“Those are the three categories we really like, and that’s roughly 65 million worldwide,” Sivadasan says. “We try to identify very granularly the behaviors of these customers online and align the product features with these habits. We don’t want to go down to a one-on-one personalization. We try to do segment-based personalization.”

If Lenovo identifies a customer as a sophisticated technophile, interested in product features, then the company tries to surface these details in its messaging.

Sivadasan admits it’s not a perfect science. The big difficulty is identifying the value proposition of the product for each segment and tightening it to make it resonate. Still, he sees it working. For Lenovo’s targeted media buys, he noticed a 30- to 40-fold ROI increase compared to a more traditional media strategy.

The age of social media and online chatter have made it easy for companies to discover how they’re perceived by customers. But not all of these comments are relevant or even actionable. In short: There’s a lot of noise to tune out.

Lenovo fields listening and publishing platforms, but Sivadasan knows these aren’t catch-alls. “You can’t take a random opinion people give you because it’s not actionable,” he says. A Facebook comment praising Yoga is nice, he admits, but its value is limited.

Lenovo relies heavily on customer surveys, sent two weeks after a purchase. “We want them as close to the purchase process as possible,” he says. One benefit of the surveys is that, for Lenovo, there’s relatively little disparity between survey responses and real customer actions.

Sivadasan, however, acknowledges geographic variations for customer satisfaction responses. Japan is frustrating: “You hear it was good and they rate you a two,” he says. “So we have enough data to know that in Japan, a four is good. In the U.S., 8.5 is average.”

However there are certain variables that disproportionately affect customer satisfaction scores, like product quality and delivery issues. “When there are component shortages and there are quality problems, you can guarantee those scores will go bad.”

The biggest issue, Sivadasan says, is the FTC’s mandate that merchants tell customers who’ve requested delayed products that the order will be automatically cancelled within 30 days of the original promised shipment time, unless the customer specifically requests otherwise. “Customers see that as a threat,” Sivadasan says.

He’s found that in situations like this, customers prefer a phone call to being emailed with an automated message. Although most enterprises balk at the cost associated with increasing call volumes, Sivadasan finds the expense is worth it, especially since the type of situation that typically requires a call is relatively rare.

The importance of the online audience

The problem with being a global brand, servicing countries with different buying proclivities, is that standardizing business practices with insights is difficult. For instance, customer satisfaction might be a tremendous differentiator in the U.S. But in India and Brazil, price still wins.

Moreover, in countries where there’s fewer online sales, the website isn’t managed as aggressively. “You don’t get data because nobody cares,” Sivadasan says. While the focus of Lenovo’s business involves selling through retail partners, the Internet provides access to demographics and direct feedback. “The online space is a great predictor of what’s going to happen,” he adds. As a general rule of thumb, he expects to own 10% of online sales in each country where Lenovo has presence.

Ultimately, the demographic Sivadasan hopes to attract will typically buy online. “The product we sell in retail is very different than what we sell online,” he says. “The stuff you sell in retail is usually in a competitive setting that’s trying to hit price points. The audience you’re attracting isn’t what I’m interested in. It’s not the premium audience.”

Moreover, a brick-and-mortar retail outlet isn’t going to want to stock a pricey computer equipped with all the bells and whistles available. “I make money when I sell the higher-end product,” Sivadasan says. “Dell and HP want to own the $499 lower pricepoint. They want to drive the initial sale.” Sivadasan wants to avoid that because trying to be the cheapest available will cause Lenovo to deviate from its aspiration to be associated with high-quality devices.

The huge challenge Lenovo faces going forward is that now that it has market share, it needs to create a better experience. This means building devices that have unique functions and forms and hitting a more discerning customer base.

“It’ll be hugely challenging in my opinion,” Sivadasan says. “You look at computer manufacturers and they come and go. Acer, HP—it’s a share game to them. But Apple and Samsung focus on the experiential layer. Apple isn’t worried about quantity.” 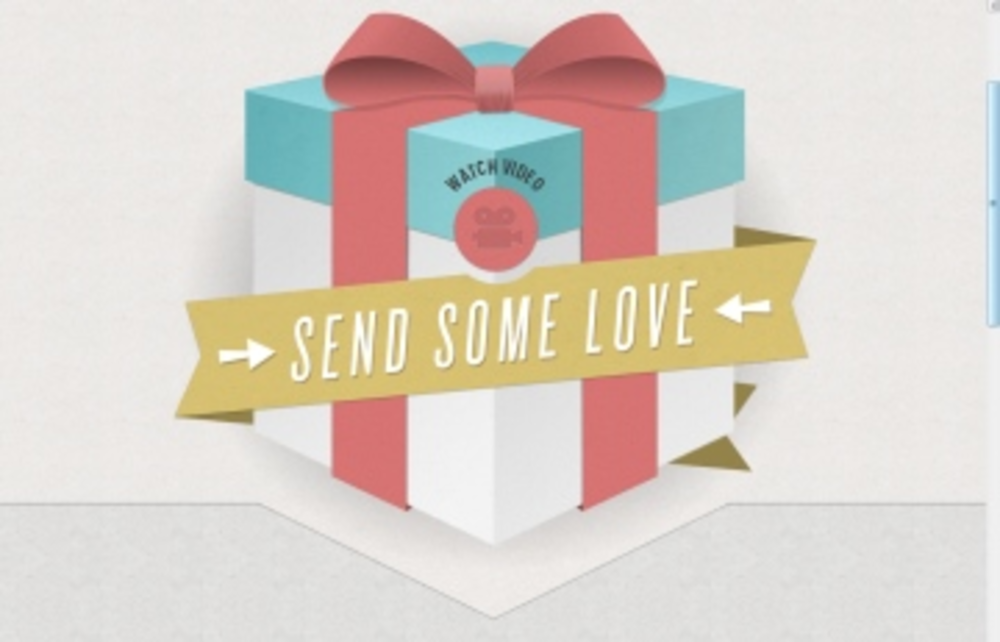 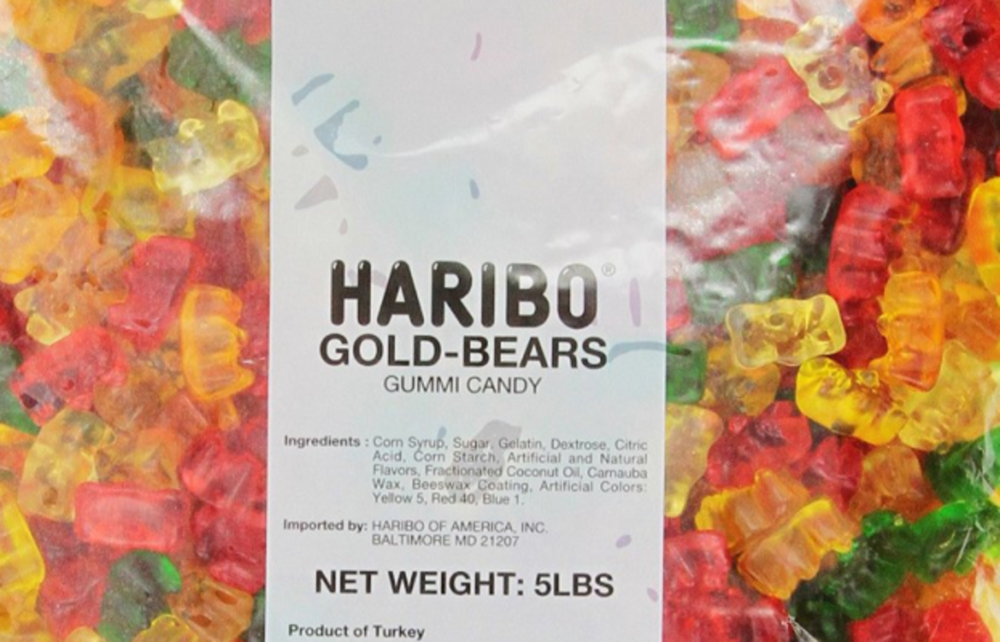 Go to Amazon. Type the word “sugar” into the search bar. Unless you are in the Triangulum Galaxy,… 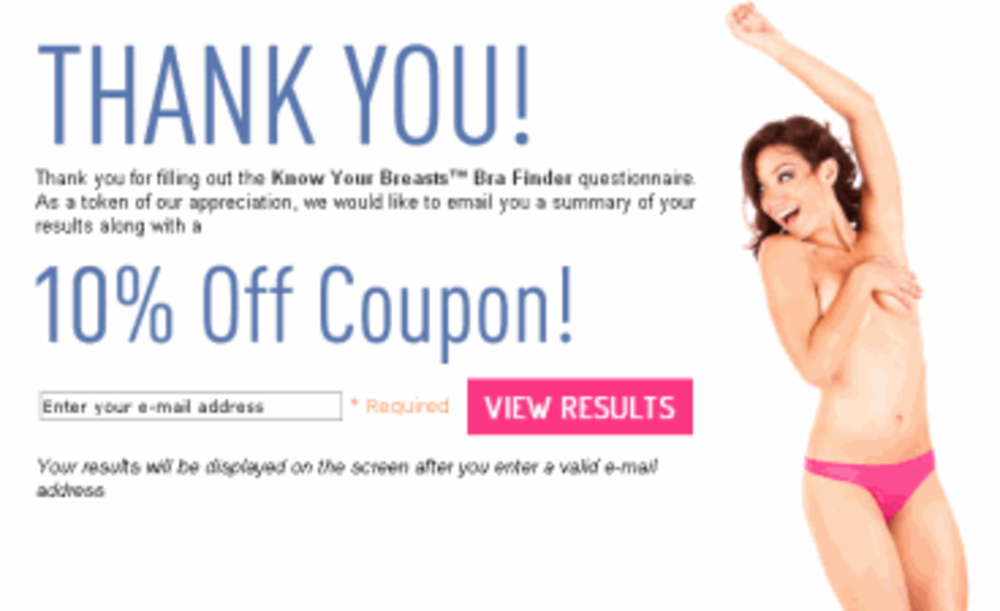 Not to state the obvious, but a woman’s breasts are on her chest. Front and center. They’re right…