B2B marketers have arrived. A new survey from Forrester Research shows a decided uptick in self-image among top-ranking marketers at industrial companies in just the past two years. Using 2011 as a comparison point, more than three-quarters of B2B CMOs said their influence on corporate strategy is much greater and that other functions more frequently seek their input . Half of them said they spend more time in front of their companies’ boards.

“The interesting thing here is the almost universal agreement that the role of marketing has expanded greatly [at B2B companies]. It seemed to correspond with the two-month gain in tenure in the CMO role during the same time period,” says Forrester VP and principal analyst Laura Ramos.

In a 2012 survey, search firm Spencer Stuart reported a two-month average tenure rise for all CMOs to 45 months compared to 2011. Noting that the average tenure in 2006 was only 23 months, the company attributed the CMO’s growing value to the emergence of digital, social, and mobile channels. The newly released Forrester study shows the trend extending to the B2B arena.

Forrester’s study, done in concert with the Business Marketing Association (BMA), is based on the input of 117 senior marketing executives from enterprises including General Electric, IBM, Avnet, Dow Corning, Motorola Solutions, and Infosys. They were resounding in their response that senior managements were insisting they set new courses, and fast. Ninety-seven percent said they were being asked to do things they had never done before, and 96% said they expected the pace of change in technology and marketing to accelerate.

As with their consumer marketing counterparts, B2B marketers observed that  the days of staking claims based on willowy metrics like brand awareness were over. More than three-quarters of B2B marketers said they were capable of judging successes and failures quickly through online digital methods.

“They are being brought into the sales process earlier. Sales has realized that sophisticated lead generation processes create better demand than cold-calling,” Ramos says. “They are being asked to do much more with marketing automation and database analytics. They are using Big Data to learn what customers are saying about them on social networks and where they are in the buying process.”

Ramos points out that a new generation of corporate buyers approach the process in much the same way they make personal purchases: by researching and prodding online before contacting a vendor’s sales organization.

Interestingly, B2B marketers find themselves more than up to the challenge. While 60% allowed that they often seek out younger employees for help with new technologies, 80% said they felt more confident in their abilities to get the job done than they did two years ago.

While Ramos opines that that high number could be attributed to the characteristic bravado of the profession, she points out that the marketers surveyed represent established enterprises and are hardly newcomers to digital technology. Many, indeed, are technology marketers. “They started going digital before the recession, then in 2008, marketing budgets got slashed. It’s almost like they’ve come back to those pre-recession levels,” she says.

In so doing, B2B marketers face the same struggle that B2C marketers do: the search for talent. Some 44% of survey respondents agreed that “I can’t find people with the right skill sets that I need in marketing today.”

In that problem, however, Ramos sniffed opportunity for B2B enterprises and enterprising marketers alike. “There’s no better time to be a B2B marketer,” she says. “Consumer marketers have the skill sets B2B companies are looking for–things like understanding digital channels, comfort with technology, and making decisions based on critical understanding of information.”

Every time I vow not to write an editorial about anti-spam activists, they make an irresistible case for… 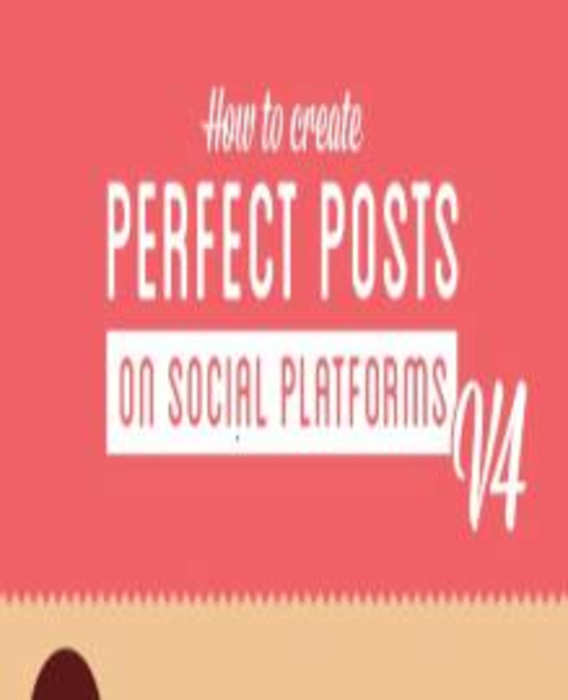 Infographic: How to create perfect posts for your blog, and every social media network